On March 31st, the members of the World Science Fiction Convention will announce the finalists for its highest awards — and for retroactive awards that had been cancelled thanks to World War II. This year they’ll also be adding an award for Best Young Adult Book, as well as maintaining the John W. Campbell Award for Best New Writer. All these finalists will be announced at one of Fanboy Planet’s homes away from home — 7 Stars Bar & Grill.

Full details are below, and we’ll be in attendance. What the press release doesn’t mention is that after the announcement, we’ll be recording a live podcast from 7 Stars to discuss the finalists and make some recommendations for you to do some reading before Worldcon 76 in August. That’s March 31st, 2018 at noon Pacific Time, at 7 Stars Bar & Grill. See you there?

San Jose has the honor of hosting the 76th World Science Fiction Convention (Worldcon 76) this year and with that, the honor of presenting the 2018 Hugo Awards. The finalists for the 2018 Hugo Awards, the John W. Campbell Award for the Best New Writer, the World Science Fiction Society (WSFS) Award for the Best Young Adult Book, and the 1943 Retro Hugo Awards will be announced live from three locations by Worldcon 76 on March 31, 2018 at 12 noon Pacific Daylight Time / 8pm British Summer Time.

The Hugo Awards, first presented in 1953 and presented annually since 1955, are science fiction’s most prestigious award. The Hugo Awards are voted on by members of the World Science Fiction Convention (“Worldcon”), which is also responsible for administering them. The John W. Campbell Award for Best New Writer is awarded by Dell Magazines and administered by WSFS. This award is given annually to the best new writer whose first professional work of science fiction or fantasy was published within the two previous calendar years. The prize is named in honor of influential science fiction editor and writer John W. Campbell.

This is the first year that the WSFS Award for the Best Young Adult Book will be presented. 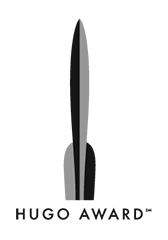 Since 1993, Worldcon committees have had the option of awarding Retrospective Hugo Awards for past Worldcons (1939 onwards) in years when awards had not been presented. These awards may be presented for years that are a multiple of 25 years prior to the current year’s convention, with the exception of the hiatus during World War II when no Worldcon was convened. In 2017, a revision to the rules was ratified, giving Worldcon 76 in San Jose an opportunity to present Retro Hugo awards for the best science fiction works of 1942 which, if neglected, won’t return for another quarter century.

The press and public are welcome to join the Worldcon 76 organizers for the live announcement  at 7 Stars Bar & Grill in San Jose, and can contact press@worldcon76 for more information and to set up interviews with Worldcon’s chairman and staff.

The Hugo Awards ceremonies will be held at Worldcon 76 in San Jose on August 16-20, 2018 at the San Jose McEnery Convention Center.