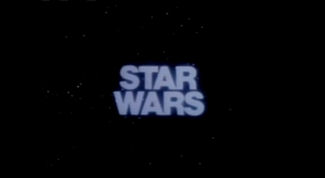 Tonight I took part in “Star Wars Day” festivities for the first time ever. Honestly, the whole “May the 4th Be With You” thing never took hold with me, because Star Wars Day should commemorate when the first movie actually opened (May 25, 1977) — and in just a few weeks, it will be 40 years since Star Wars (not yet A New Hope) grabbed the imagination of a generation.

So… here’s a piece I wrote on the completely non-significant October 12, 2013, a night I poked around YouTube and found the original trailer. What a difference in marketing…

I stumbled across this original trailer for Star Wars today, and wasn’t just taken by the difference in style. I suddenly found myself mouthing words along with it, and knowing what cut would be next. Time warp!

Back in 1976, I had a couple of friends that were a year or two older than me, friends I’d made from doing Junior Theater. (And I’m reminiscing from a theater teacher conference in San Diego, so the confluence of theater and Comic-Con is strong with me tonight.)

Anyway, they were already more advanced into fandom than I was.Though my parents had allowed me to visit a couple of comics shops, it was nowhere near a regular thing. Not only did my friend Trey live near Comics & Comix in Palo Alto, he was really into sci-fi. And he and Mark had just seen this really cool animated film called Wizards that I figured there was no way my parents would let me see. 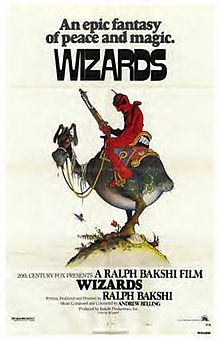 (Technically I was right; my mother was offended by the existence of that comic Howard the Duck because she thought it was a slap in the face of that wholesome and righteous Donald Duck. Which, I guess, it was. But she didn’t understand Donald too well, either.)

So Trey and Mark snuck a tape recorder in when they went to see it at Century 25, and they recorded this teaser for this cool upcoming sci-fi movie called Star Wars. Every weekend we would rotate whose house had the slumber party, and we’d listen to this and tapes Trey had made of last week’s Doctor Demento show.

For at least a month, I listened to the audio of this trailer without having a clue what any of the characters looked like. If it was shown on TV, I never saw it. My father drove us to Berkeley to go to a comics convention that we’d gotten the date wrong on, so instead we ended up going to the Comics & Comix in Berkeley, where Trey picked up the novelization of Star Wars, with the original cover done by Ralph McQuarrie. 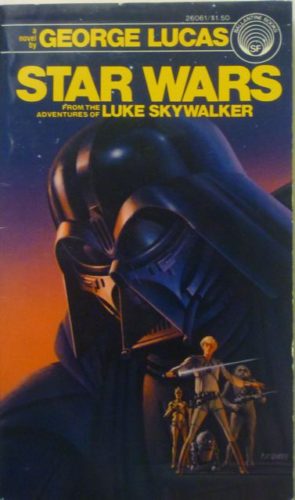 So I still didn’t really know what they looked like, except that one robot kind of looked like Maria from Metropolis. (Not that I’d seen Metropolis, but I knew who the character was.)

Finally I convinced my parents to let me see Wizards, which played with a double bill of The Phantom of the Paradise (which led to a life-long fandom of Archie Hahn, but that’s a different story) at the Century 25.

By that time, though, Bob Wilkins and KTVU had convinced Fox to let them show this trailer on Creature Features, advertised as a special preview of this cool upcoming movie. And at last I knew what the characters looked like… and then three months later, it exploded into the public consciousness and everybody knew what they looked like.

Why write at length about it? I don’t know. It was just a time of that old canard “delayed gratification.” Fandom wasn’t more easily satisfied then, but it somehow felt more satisfying. Or maybe it’s just that with everybody trying to scoop everybody else with casting and plot rumors on Episode VII, it’s weird to remember a time when Star Wars simply didn’t exist in my list of obsessions. Why, in my day, it didn’t even have an episode number.

But I guess if I think about it, Star Wars didn’t change my life. Trey did. I haven’t seen him in years, but I know he does theater in Los Angeles. So tonight, Trey, remember standing in line at Century 22? Remember taking that 22 down to University Avenue to pick up comics?

Remember when Star Wars was just about a boy, a girl, and a universe?

Update: Trey and I met up at Comic-Con a couple of years ago and met Reggie Banister, who starred in another formative movie from that time — Phantasm. But that’s another story. 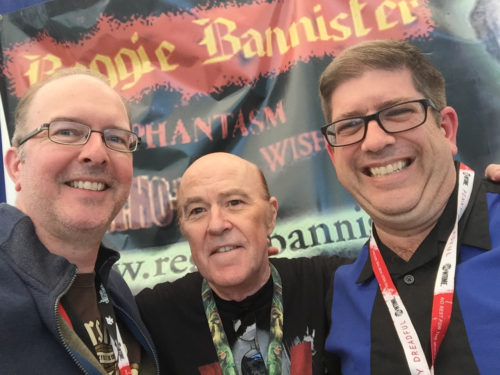