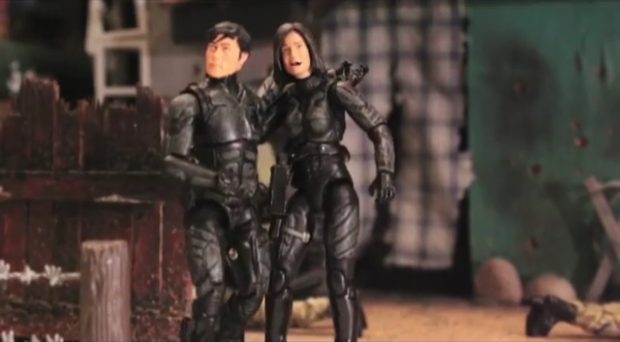 On this week’s podcast, we brought back Lon Lopez, who had been a long-time member of the podcast crew before leaving to focus on his production company, Thanks But No Thanks Productions. Recently, Lon was interviewed for The People’s Network Showcase on Robert Rodriguez’ El Rey Network. The interview was for supplemental material around his short film C.O.B.A.L.T., which is Chapter 2 of Lon’s sprawling epic stop-motion Action Figure Action Movie, better known as “A.F.A.M.”, done with Lon’s creative partner Rob Wilson of Illusive Comics & Games.

Since its debut on El Rey Network was a few weeks ago, we feel safe reposting C.O.B.A.L.T., which had its world premiere at 7 Stars Bar & Grill, and which Fanboy Planet 2.0 posted a few years ago. Voice talent includes Lon himself, plus Fanboy Planet contributors Nate Costa, Troy Benson, and Derek McCaw.