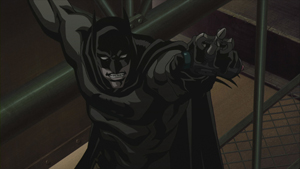 Alan Burnett has spent more consecutive years “in the Batcave” than anyone in animation history. Not counting his stint on “Super Friends” in 1983, Burnett has constantly helped bring the Batman’s legacy to animation since 1991 – when he began scripting episodes of “Batman: The Animated Series,” the Emmy®-winning production widely considered a pivotal moment in American animation.

This summer, the latest animated venture into the Dark Knight’s mythos takes an altogether different approach than anything produced during Burnett’s 17-year association with the character. Burnett served as movie story editor and the writer of the anchoring segment of “Batman Gotham Knight,” the third in the ongoing series of DC Universe animated original PG-13 movies. 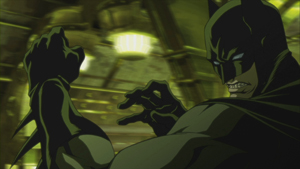 Burnett, Azzarello and Josh Olson, along with producer Bruce Timm, have already confirmed their participation on the panel following the world premiere of “Batman Gotham Knight” at Wizard World Chicago in late June. “Batman Gotham Knight” will arrive July 8, 2008 on DVD and Blu-Ray disc, and will also be available that day On Demand via digital cable and for download through broadband sites. The film is produced as a collaboration between DC Comics, Warner Premiere, Warner Home Video and Warner Bros. Animation. An anime fan, Burnett said he was very intrigued and inspired by the idea of allowing Japanese directors to have relatively free reign on the animated look of Batman.

“From a visual point of view, this is the most stylized Batman that’s come out of Warner Bros. — what they’ve done is really eye-catching, and it truly expands his world,” Burnett said. “Their visualization of Gotham City is stunning, and it’s very interesting to see how they’ve envisioned Batman, his environment and his action and movements.” 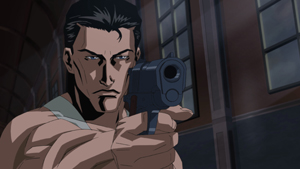 Burnett’s stellar talents have merited four Emmy Awards, three Annie Awards and two Humanitas Prizes. His work within the Batman realm includes as a series producer on “Batman and Superman” and “Batman Beyond,” and most recently as supervising producer and story editor for Warner Bros. Animation’s four-time Emmy Award-winning series “The Batman.” In the direct-to-DVD arena, Burnett co-produced and co-wrote the animated feature film “Batman: Mask of the Phantasm,” was supervising producer and writer for “Batman: Mystery of the Batwoman,” and served as producer on the feature-length “Batman Beyond: Return of The Joker.” For “Batman Gotham Knight,” Burnett served as story editor for the entire film, and writer of the sixth and final segment, “Deadshot.” The segment ties together threads from all the film’s chapters as Batman must thwart an unerring assassin whose love of guns and disregard for human life lets him cross lines that even a Dark Knight shies away from. 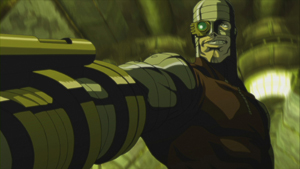 Burnett said having the opportunity to finally bring the villainous Deadshot to the screen was instant motivation to pen the script. First, “Batman Gotham Knight” provided the perfect vehicle for a villain associated solely with guns – an attitude that flies in direct opposition to Batman’s anti-gun approach to heroism. The anti-gun theme is prevalent throughout the film. Moreover, because television standards do not allow the use of “real” bullets in children’s programming, Deadshot has been kept out of Batman’s animated legacy. For Burnett, this was the first opportunity to portray Deadshot as he is known in comics. “I’ve always liked Deadshot as a villain, and I really like stories with assassins,” Burnett explained. “The fact that they’re killers, and what they do has impact, automatically heightens the energy of the story.”

In addition to writing the script “Deadshot,” Burnett also story-edited the film, ensuring all six scripts – from six different, widely-acclaimed writers – worked fluidly together to interconnect into one story. The ever-modest Burnett said his job entailed little more than a few alterations for flow and continuity while he attempted to maintain each writer’s individualism. 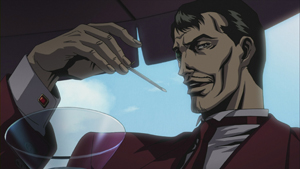 “I thought it was important to keep the integrity of each writer’s words,” Burnett said. “The writers all pretty much had the same voice for Batman, so I had to change very little dialogue – just small fixes to tie up loose ends, and reinforce transitions and connections between the stories. But I did as little editing as I could because I respected what the writers wrote, and I thought it was important that their voice was heard. Just as the artists made their segments their own, so should the writers.” Overall, Burnett is pleased with the final product, and excited to see the fans’ reactions to the film – particularly the use of shorter segments to tell great Batman stories.

“For my segment, I think the first Deadshot murder is quite good – there’s a lot of eye candy within the cityscape. The artists added fireworks and balloons and a lot of interesting elements to what ultimately is a cold-blooded murder,” Burnett said. “I like the short-form for Batman, because it feels almost like a 22-page comic book story. In short form, the stakes are elevated from the beginning, and it gives you a chance to really heighten the action quickly – so you can make your points hard and fast and get out.