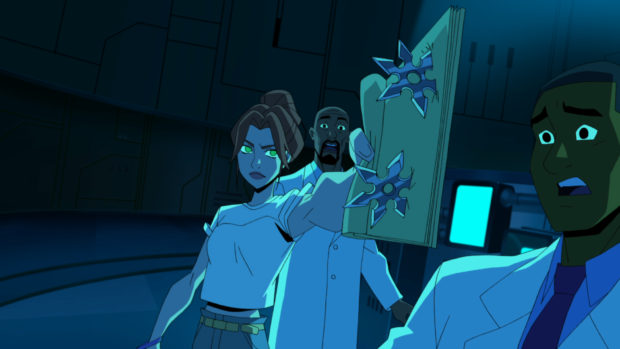 Here me now — the most unexpected delight in this year’s crop of comic book movies has been DC Universe/Nickelodeon’s loose adaptation of Batman vs. Teenage Mutant Ninja Turtles. Warner Bros. held a preview screening at WonderCon in Anaheim; it was glorious (review and interviews coming soon on Fanboy Planet). Today, they released the first official clip, really the opening minute and a half, in which Barbara Gordon (Rachel Bloom) meets the Foot Clan. It only gets more exciting from there. To which we say, “Batabunga!” (Is that a thing?)

The “Batman vs. Teenage Mutant Ninja Turtles” all-star cast is led by Troy Baker (Batman: Arkham Origins, The Last of Us) as the voice of both Batman and the Joker – making Baker the first actor to ever play both roles in the same film. Opposite Baker are the Ninja Turtles themselves – Emmy Award/Golden Globe Award/SAG Award winner Darren Criss (American Crime Story: The Assassination of Gianni Versace, Glee) as Raphael, Kyle Mooney (Saturday Night Live) as Michelangelo, Baron Vaughn (Grace and Frankie) as Donatello, and Eric Bauza (Looney Tunes Cartoons, The Woody Woodpecker Show) as Leonardo. 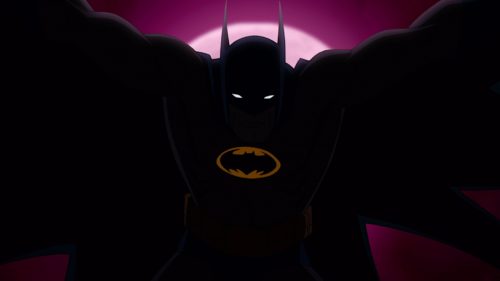 Batman vs. Teenage Mutant Ninja Turtles arrives on digital on May 14, with a blu-ray/DVD release June 4. 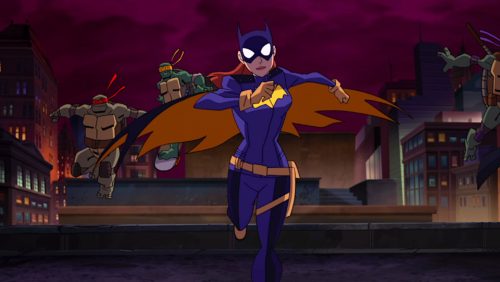 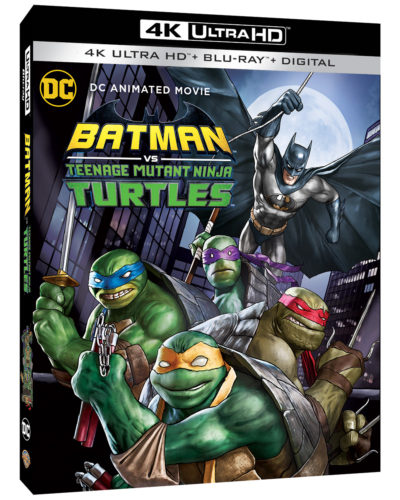