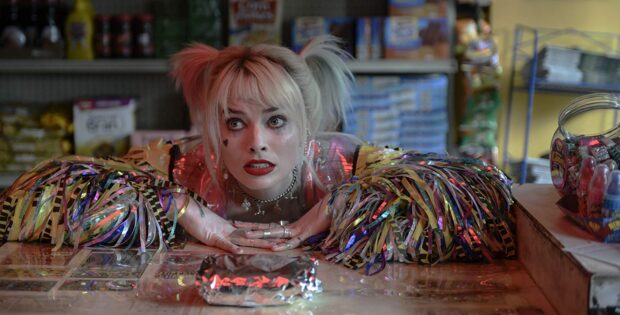 Remember that though she’s goofy as heck, one Harley Quinn earned a PhD and spent time as a good psychiatrist? Somehow that doesn’t quite resonate at Hot Topic, but it sure does in director Cathy Yan’s Birds of Prey and the Fantabulous Emancipation of One Harley Quinn. It’s not that Harley (Margot Robbie) uses it as a superpower, but it does make her “quite vexing,” as she described herself in Suicide Squad.

Winging off of Christina Hodson’s breezy yet deep screenplay, Birds of Prey focuses on Harley while leaving room for all of the team to develop. By placing us mostly in Harley’s head, Yan can play with perception and time to keep us a little off balance. As the film unfolds, it’s also clear that no matter where their alignment with the law, every woman in this narrative deserves emancipation.

Whether intentional or not, and though set in a different continuity, Birds of Prey responds to Joker, and not just in the way it keeps grounding itself in a gritty, real Gotham and then leaping off into the fantastic (the fantastic wins).

After breaking up with the Clown Prince of Crime (seen mostly in animation through her eyes), Harley pretends it hasn’t happened. Perceived as his paramour, she gets away with a lot, but it’s destroying her inside. Eventually, she comes up with a spectacularly symbolic way of announcing it and taking agency for herself. That also puts a target on her, from every thug who has ever felt wronged (and just randomly enraged) by her, though often it’s just because she’s easier to hit than the Joker. 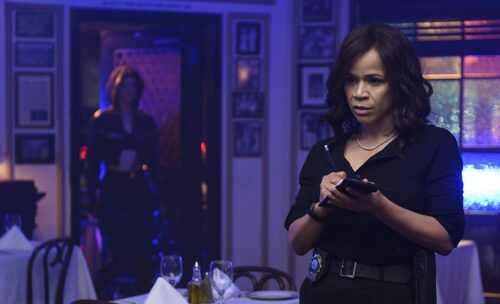 That puts her in the way of Detective Renee Montoya (Rosie Perez), also investigating crimes committed by a mysterious hooded crossbow killer (Mary Elizabeth Winstead). Hodson creates a decent macguffin that allows for all their paths to cross, revolving around crime lord Roman Sionis (Ewan McGregor, smarmy, silky, and psychotic) and eventually, his pursuit of Cassandra Cain (Ella Jay Basco). To Sionis, everyone and everything is transactional, but particularly women, all of whom are treated with casual and only sometimes subtle contempt, particularly Dinah Lance (Jurnee Smollett-Bell), a singer at his club.

She’s later revealed to have a secret that shows some potential depth to the history of the DCEU (if that concept really exists — still hard to tell.) But it’s as offhand as the reference to Suicide Squad — it’s there if you want to see it.

What we can’t avoid is the sheer fun in this film, even when the moments of mayhem get graphic. Yan earns the R rating, but never lets the action overpower the point she’s making with this film. 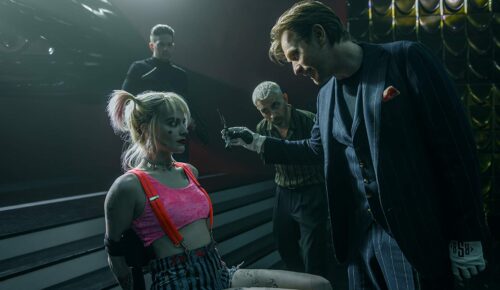 Even with a stellar ensemble, there’s no doubt this is Robbie’s show. She inhabits Harley Quinn with the same incarnate power as Chris Evans as Captain America or Christopher Reeve as Superman. It’s a performance that needs to be watched a few times, to catch everything that may be going on with it.

Even with that wattage at the center, the other characters don’t dim. If any actor gets underserved, it’s Winstead, who by the nature of her character’s arc seems really only halfway through by the time the film ends. But that’s okay, because though there aren’t clear easter eggs laid to build the next one, there should be a sequel. We need more of these women. And we need more DC films that let the director explore a singular vision, instead of the single vision of a house style.