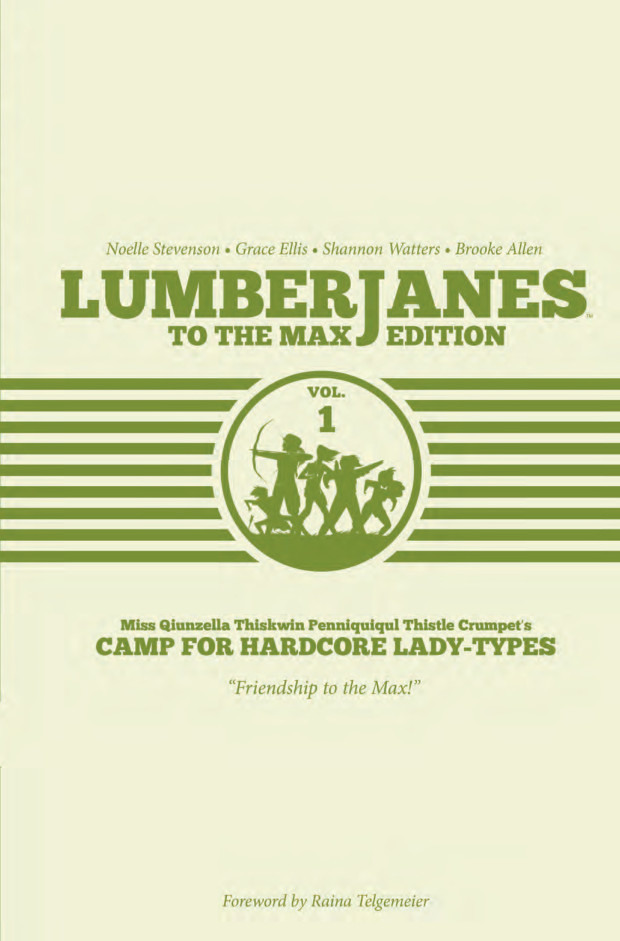 Face it – by now, if you haven’t read Lumberjanes, you’ve at least heard the hype. With Awards both Eisner and Harvey, this is good comics. And this is the kind of treatment a title like this deserves: an edition for those who want to really give over to its goodness. With this kind of a rep, shouldn’t that be everybody?

Grab your sleeping bag and prepare for adventure this November as BOOM! Studios imprint BOOM! Box takes readers back to camp in Lumberjanes To The Max Edition! Join Mal, Molly, Jo, April, and Ripley as they explore the strange things going on at Miss Qiunzella Thiskwin Penniquiqul Thistle Crumpet’s Camp for Hardcore Lady-Types and take on mysterious quests and supernatural critters in this deluxe hardcover collecting the original eight-issue story arc of the Eisner & Harvey Award-winning series created by Shannon Watters, Grace Ellis, Noelle Stevenson (The Runaways, Nimona), and Brooke Allen (A Home for Mr. Easter).

Lumberjanes To The Max Edition is the result of overwhelming love, encouragement, and enthusiasm from fellow Lumberjanes all over the world, so it’s jam-packed with extra goodies to enjoy around the campfire. Designed to look like a Lumberjanes Field Manual, this collection features a foreword by New York Times best-selling cartoonist and hardcore lady-type Raina Telgemeier (Smile, Sisters), the never-before collected Lumberjanes short from BOOM! Box 2014 Mix Tape, all of the Rad Mix Playlists, a cover gallery, sketchbook, and a behind-the-scenes, script-to-page feature!

“There’s no way we could ever thank readers enough for supporting and loving Lumberjanes as much as they do,” said BOOM! Studios Editor-in-Chief Matt Gagnon. “The kind words, fanart, and cosplay never stop delighting us, and we’re incredibly grateful for the awards this series has garnered. Lumberjanes To The Max Edition is something we put together for the fans who stuck with us and turned an eight-issue miniseries into an ongoing cornerstone of BOOM! Box, as well as all the new readers who are just joining us around the campfire.” 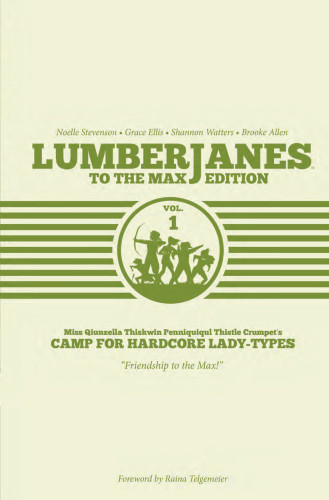 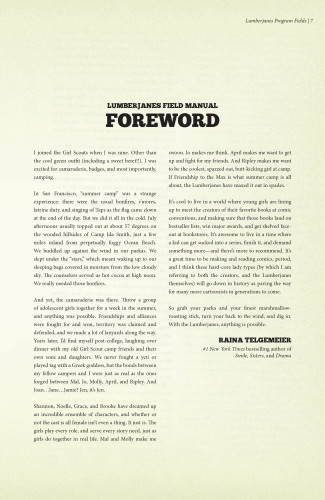 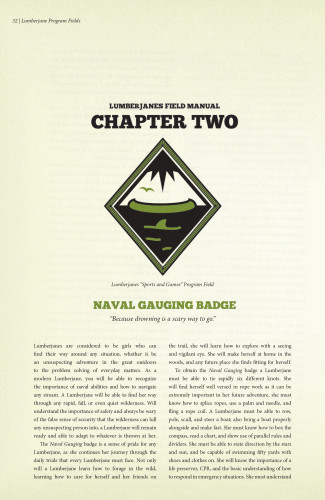 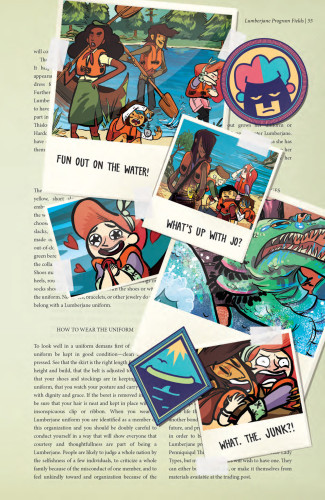 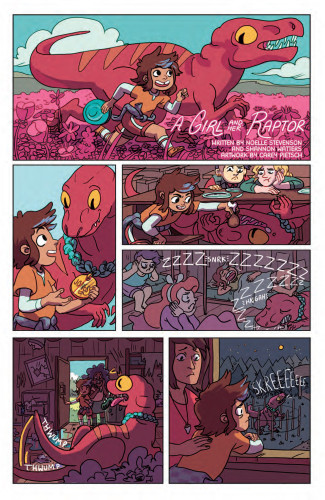 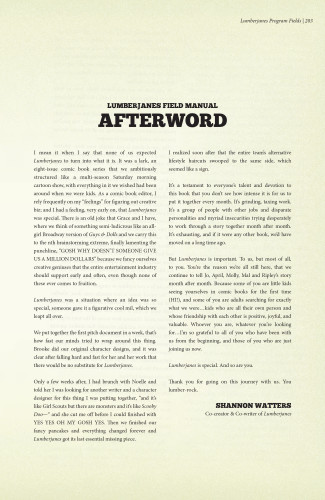 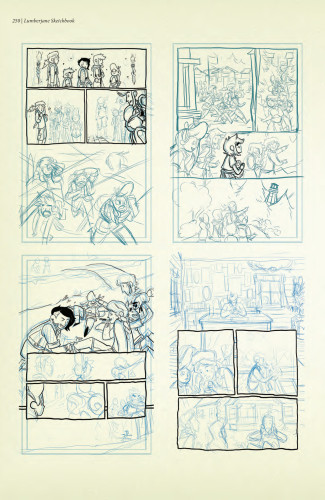