So this cibopath and a space demon walk into a starship…

Image Comics announced today that John Layman and Rob Guillory will be returning to the character that landed them Eisners and a spot on the New York Times bestseller list. Though Chew ended rather definitively, writer Layman always left the door open for some sort of follow-up, mainly because people who loved Tony Chu loved Tony Chu. (Not to mention Agent Poyo, who… you have to experience for yourself.)

And so, Image and Skybound Entertainment (Robert Kirkman’s company/imprint distributed by Image) have given Layman the go-ahead for a crossover between Chew and… Outer Darkness.

Maybe it doesn’t seem likely, one being science fiction but Earthbound and roughly set in contemporary times. Outer Darkness takes place in a far future, with a universe filled with demons, magick, and the supernatural propelling space exploration. If anyone can make these two worlds collide believably and entertainingly, it’s Layman, co-creator of Outer Darkness with artist Afu Chan, who will also collaborate on Outer Darkness/Chew. The three promise space madness and we’re so there. 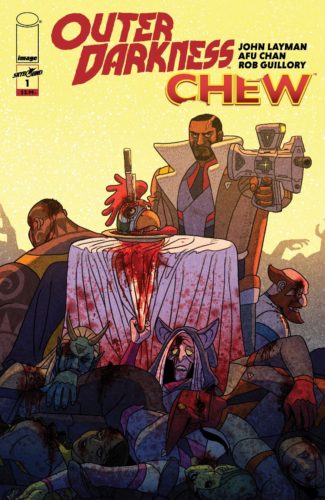 “In the years since finishing the final issue of Chew, the urge to return to the world and its characters has been slowly but steadily growing within me. But I had no interest in returning to some generic ‘Untold Case Files of Tony Chu’ type of story. I wanted to return with a story that goes somewhere new, and says something new about the characters. This crossover will do this. And Outer Darkness, believe it or not, is the ideal vehicle to tell this story,” said Layman. “Outer Darkness and Chew are two of my favorite books I’ve ever done, maybe THE favorite books I’ve ever done, and probably the best too. Creatively, combining the two was a dream come true for me. This book is the peanut butter and chocolate of comic book crossovers.” 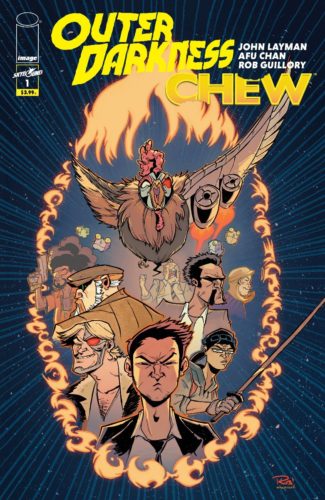 Tony Chu is a modern-day cop who gets psychic impressions from what he eats. Joshua Rigg is a 28th-century starship captain who flies through an outer space filled with demons, monsters, and ghosts. Sounds like a perfect recipe for a comic book crossover, don’t it? Join the fun with Outer Darkness/Chew #1.

Guillory added: “Returning to the Chew universe was always a no-brainer. I mean, after 60+ issues of Tony Chu’s adventures, how could we not? It’s something longtime fans have clamored for since Chew’s end, and this crossover is the perfect excuse to dive back into the insane world John and I created. It’s the perfect ode to Chew, while highlighting the amazing work John and the insanely talented Afu Chan have been doing on Outer Darkness. It’s two great books that just taste GREAT together.” 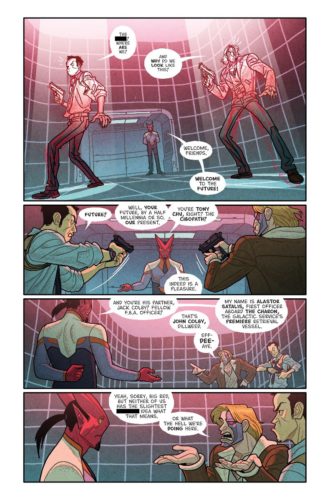 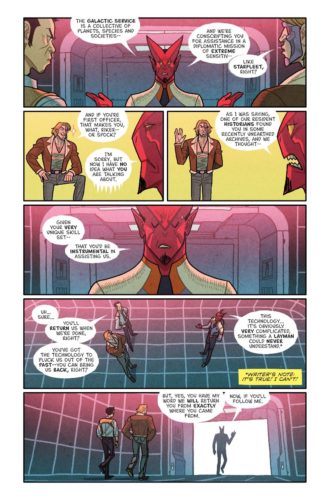 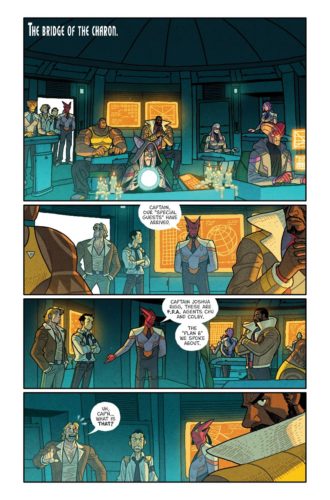 Outer Darkness/Chew #1 will be available at comic book shops on Wednesday, March 4.

Fanboy Planet is an Amazon affiliate. Purchases made through Amazon links on this site may generate a small amount of revenue for this site.