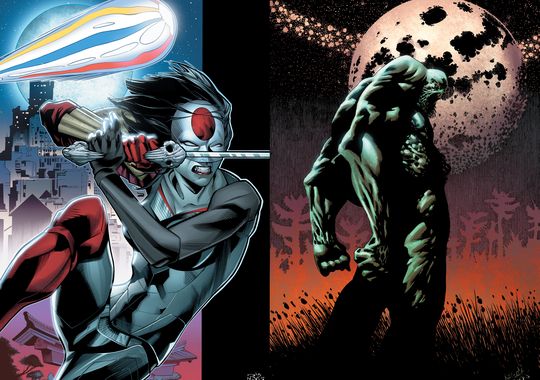 DC announced through USA Today that they’re continuing with their plan of trying to revise and renew some of their more offbeat properties in 2016. Like with Bizarro and Bat-Mite, they’re doing it in the form that makes the most sense: mini-series. Specifically, there will be eight mini-series shining a light in dustier corners of the DC Universe. Some will have you excited, and some maybe a bit puzzled. And that’s okay.

“By bringing them on to their own special limited series, we’re really spotlighting what’s so fantastic about these characters,” says Bob Harras, DC’s editor in chief and senior vice president for editorial in the USA Today article.

But that’s not what makes this announcement so welcome — and interesting. It’s that for some of these properties, DC went back to their original creators to breathe new life. 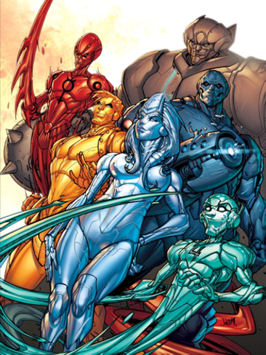 Publisher Dan DiDio told USA Today, “We want the best writers working on our characters, and these are the best writers for these characters.” But they will still be tasked with putting a new spin on things and update them for 2016.

That means Len Wein, creator of Swamp Thing, will return to Swamp Thing (as he wrote for Convergence). For the Convergence issues, he teamed with artist Kelley Jones, whose style Wein mentioned at Wonder Con felt as close to original co-creator Bernie Wrightson as he had seen without directly imitating it. From the promotional image released, it looks like Jones will be continuing to work with Wein.

Gerry Conway, who had recently kicked up a bit of a firestorm with DC (and later apologized), will return to Firestorm. And Mike W. Barr, creator of Batman and the Outsiders, will write a new version of his character Katana in Katana: Cult of the Kobra. (Didn’t he create Kobra, too?) If you pay attention to the promotional art there, it looks like at least one other of his original Outsiders will be making an appearance as well. 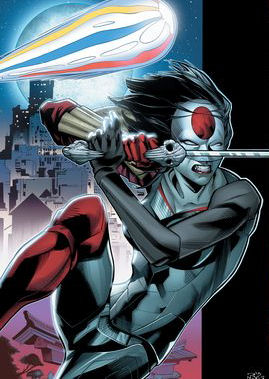 Maybe most exciting, Marv Wolfman will return to Raven, who he co-created with George Perez back in New Teen Titans #1. Wolfman told USA Today, “When I go to comic conventions it thrills me to see all the young fans cosplaying as Raven from the Teen Titans GO! cartoon show/ Because so many comic fans are boys, it’s wonderful that there’s something about her that connects with both girls and boys.”

DC released an image of a revived Metal Men, long believed to be a favorite property of DiDio’s, and mentioned that Wein will be writing it. Hopefully, sometime before or after our trivia match on Sunday, he can find some time to talk about these projects.

DC did include information on three other mini-series that definitely take a new spin on old concepts. Amy Chu will be writing Poison Ivy: Cycle of Life and Death, which Harras promises will be “…a really new direction.” 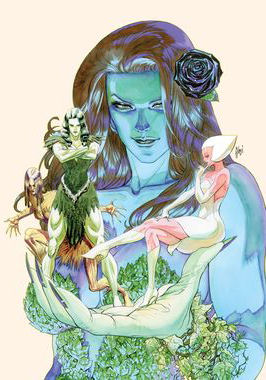 Aaron Lopresti will bring back Metamorpho for 2016, which I have mixed emotions about. I want this to be good, and I do like Lopresti’s artwork. However, the character has been mangled quite a bit in the last 20 years or so. There’s still a bit of a bad taste from Dan Jurgens’ Metamorpho: Year One. (Nothing against Jurgens — it just did not work for me.)

The one that could be either brilliant, a train-wreck, or both is Keith Giffen’s new take on — of all things — Sugar and Spike. They are no longer infants speaking in a bizarre toddlerspeak that only they (and readers) understand. Now they are older private detectives, Sugar Plumm and Cecil “Spike” Wilson. My Ambush Bug sense is twitching.

At any rate, this will make great conversation this week at Comic-Con — and continues as a sign that DC Comics really is committed to making good comics to appeal to a wide base. They’re getting us excited again. 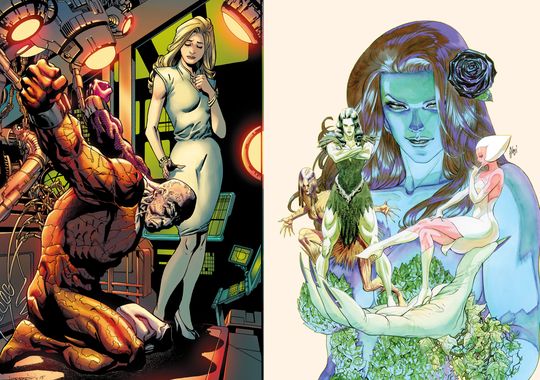