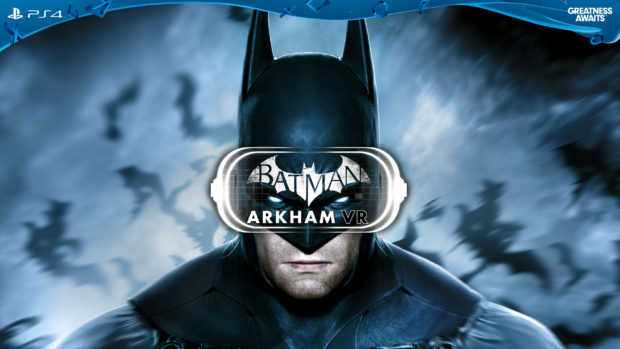 Virtual Reality has been making its way into Comic-Con for a few years — but with the upcoming October release of PlayStation VR, this is the first year in which we really saw games for practical home usage. And the game with the biggest Comic-Con tie-in — at least the one that’s ready — is Batman: Arkham VR. 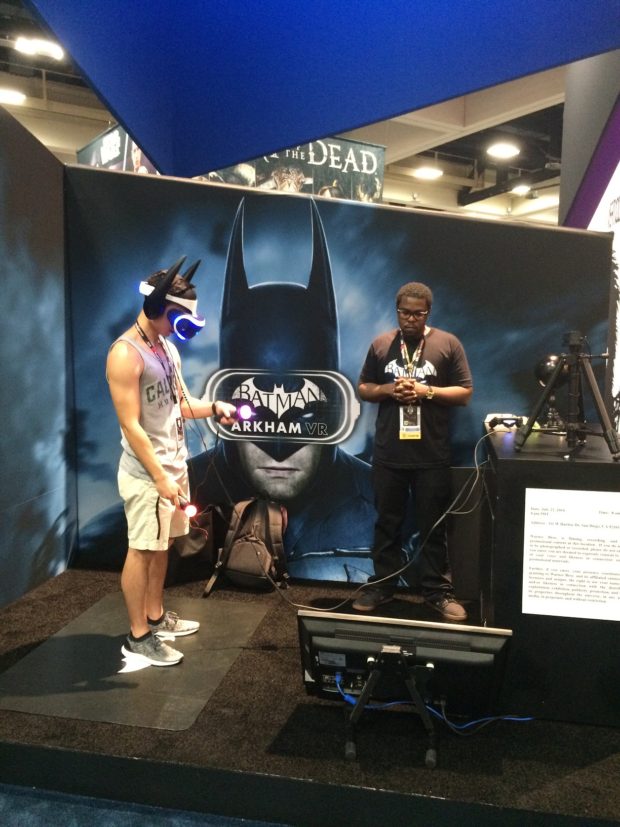 The DC Entertainment booth had two stations set up for fans to go through a demo of the game, and though the demos went on all day, you had to be there first thing in the morning to get an appointment. According to the video Warner Brothers Interactive released this morning, all told 500 fans got a chance to play, and many more would have liked that chance.

The response I heard from the floor was that it was a terrific experience — but the question is was there enough game play to make it more than a novelty? I’m betting yes, because original Batman: Arkham Asylum developers Rocksteady have not let us down yet.