Citing concerns of online piracy, 20th Century Fox will not have a panel at Comic-Con in San Diego this summer. The news comes from The Wrap.

In years past, preview footage and trailers meant to be shown exclusively for conventiongoers has shown up almost immediately online afterward, despite Comic-Con policy that no one should record it. That was easier to police in the early days of the internet and before smart phones had cameras, but in recent years has been apparently impossible to enforce. Last year, exclusive previews for both Deadpool and X-Men: Apocalypse showed up online by the Monday after Comic-Con, not officially released by Fox. 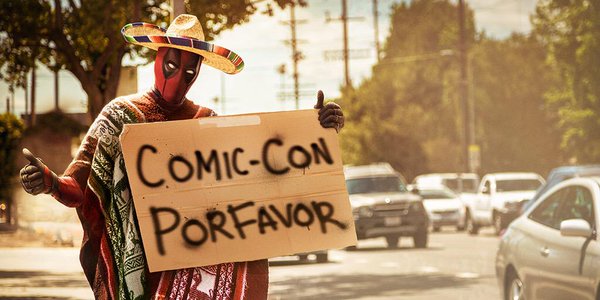 Rumor has it that Disney plans to withdraw as well. As we’ve discussed earlier on Fanboy Planet, that studio has also proven that even in years without a D23 Expo, they have been able to garner attention by holding their own events either at the studio campus itself or at the El Capitan theater in Hollywood.

This is not the first year that Fox has grumbled about this, but the first year they have taken such an action. Last year, Warner Brothers was also upset when a Comic-Con trailer for Suicide Squad showed up online shortly after their panel, and the year before when what we now know is a pivotal confrontation scene between Batman and Superman in Batman v Superman: Dawn of Justice also showed up online, shot through a shaky smartphone.

The concern may have also been heightened by Comic-Con’s intention to (finally) stream the panels on their new online Comic-Con HQ service. Most had presumed that the exclusive studio content would not have been included in that, as traditionally the convention has done “replays” of panels and not included trailers, rough footage, and the like. On the other hand, television divisions have done a decent job of taking control of these issues, by releasing videos to news sites within minutes of their presentation in Hall H.

For those looking forward to a Fox panel in Hall H, the most likely loss is of footage from Assassin’s Creed. Wolverine 3  would likely not have shot enough to have anything to show. If Disney does not participate, it would mean that there wouldn’t be a big Doctor Strange presentation, which likely would be quite a buzz at Comic-Con.

By not participating in Hall H panels, this doesn’t mean that the studios wouldn’t be represented. It would still be likely that booths would still be present in the Exhibit Hall.

We’ll keep you updated as we hear.