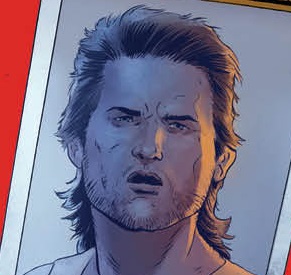 The most stunning thing about this announcement is that somehow I completely missed that there has already been a novel for the Big Trouble in Little China franchise. So I know the first must-buy I have to make at the BOOM! Studios booth next week at Comic-Con. There’s not much I can say about this. If you are a fan of John Carpenter’s Big Trouble in Little China, everything BOOM! Studios has done with it does right by it. If you’re not a fan, there’s nothing we can do to change your mind. But seriously, trust us. 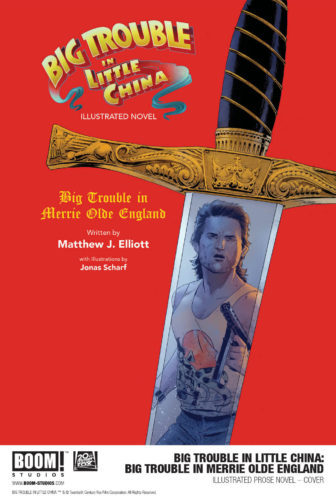 In Big Trouble in Merrie Olde England, “…Jack Burton, Wang Chi, and Gracie Law are forced on an adventure to find the lost Excalibur sword, so they must traverse the mystical, topsy-turvy underbelly of England.” The Wing Kong and the reanimated corpse of Lightning are hot on their trail, and… did that change your mind? Again, it’s so cool. Matthew J. Elliott writes and Jonas Scharf illustrates, and the only thing that BOOM! could do to make this even more perfect for me is make it a Big Little Book. But that isn’t happening… yet.

Though the book won’t come out until December 2017, there’s still time to catch up previous adventures at the BOOM! Studios booth. 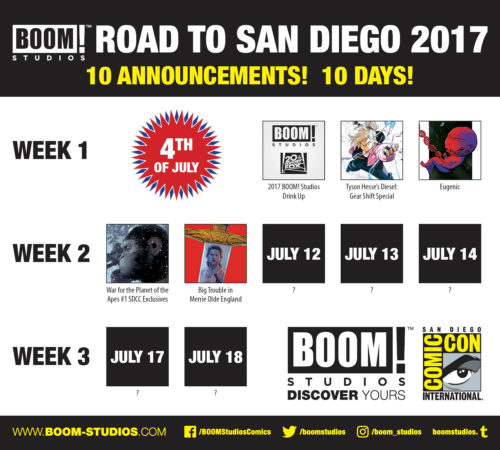