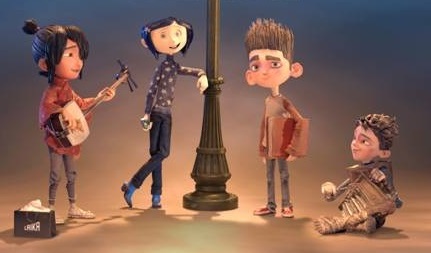 Coraline. Paranorman. The Boxtrolls. Kubo and the Two Strings. Some of the most innovative animated films of the 21st century have come from LAIKA. And now LAIKA is coming to San Diego, kicking off their Comic-Con celebrating early by setting up The LAIKA Experience, a pop-up shop in the Gaslamp Quarter starting July 14 and shutting down July 23. By adding those extra days, the Oregon-based studio can also take part in San Diego’s PRIDE Festival. Of course, by adding those extra days, it also feels like Comic-Con is slowly creeping past its current five days of delightful madness, which might be a good way to describe the studio’s films, too.

Aside from being unpredictable, occasionally dark, and always deep, LAIKA’s films have a tactility that lends itself well to display. The characters and sets you’ll see are likely the actual ones used on film, as the studio isn’t creating CG; they’re doing claymation the old-fashioned way with modern twists.

There will be character interactions all around the Gaslamp, and exclusive convention merchandise, including the chance to win customized LAIKA Nike shoes — as studio president Travis Knight is the son of Nike founder Phil Knight.

Oscar®-winning animation studio LAIKA, creators of Coraline, ParaNorman, The Boxtrolls and Kubo and the Two Strings, brings its pop-up exhibit The LAIKA Experience to the heart of San Diego’s Gaslamp Quarter from Friday, July 14th to Sunday, July 23rd. Admission is free to the exhibit, which will feature props, puppets, monsters, and sets from LAIKA’s award-winning films as well as fan art, a photo/GIF booth with LAIKA characters, daily drawings for a pair of Nike’s LAIKA-themed shoes designed by Tinker Hatfield, social media activations, LAIKA merchandise offered for sale (including a new limited edition Coraline doll and display case), giveaways, and more. In addition to the pop-up exhibit, LAIKA’s walkaround costumed characters will appear at various locations in the Gaslamp Quarter for fan interaction and photos.

Travis Knight, President & CEO of LAIKA and director of Kubo and the Two Strings, will autograph merchandise purchased at the exhibit on Friday, July 21st at 3pm.

The LAIKA Experience, the innovative and interactive pop-up event, will be located at 520 Fifth Avenue and will feature an up-close look at the artistic detail and imagination behind LAIKA’s groundbreaking films, all of which have been nominated for Academy Awards® and numerous other honors. The exhibit will showcase the evolution of the studio’s unique blend of handcrafted stop-motion animation and visual effects magic in four imaginatively themed rooms inspired by each of LAIKA’s films. The extensive display of original sets, puppets and props will immerse guests in LAIKA’s fantastical worlds. 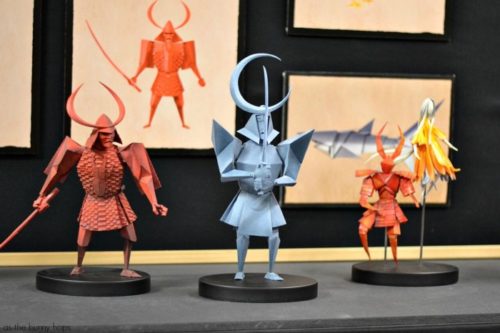 “LAIKA’s films are a unique fusion of art, craft, science, and technology, commingling cinema’s history with the future of film. But our techniques are often shrouded in mystery,” says President & CEO Travis Knight. “The LAIKA Experience offers a rare opportunity to peel back the curtain, giving fans an immersive, up-close look at our process, characters, worlds, and dreams made manifest.”

“At LAIKA we’re thrilled to take our ‘act on the road’,” says Brad Wald, CFO and Senior Vice President of Business Operations. “Past LAIKA exhibits at Universal Studios and the Japanese American Museum have been fan favorites and proved very successful in launching our new consumer products initiative, leading us to bring several ‘exclusive’ items with us to San Diego. All of these exhibits, including a major eight-month long retrospective at the Portland Art Museum starting this October, are a direct response to our global fans clamoring to see more LAIKA in the marketplace. We’re thrilled to bring LAIKA directly to them where they can connect with the studio in a more intimate way.” 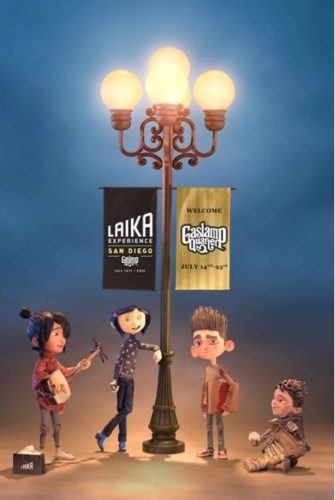 • Nike’s customized shoes created for each of LAIKA’s films.

• Take a photo with the main characters from LAIKA films.

● Watch for LAIKA walkaround costumed characters at the LAIKA Photo Booth inside the gates of Balboa Park during the PRIDE Festival. Pose for a photo with ParaNorman’s “Mitch Babcock,” the first gay character ever featured in an animated film. Customized LAIKA headbands will be distributed.

● LAIKA will host 25 BAFTA LA students at the Giants/Padres game in Petco Park on Sunday, July 16.

● 2-3pm: LAIKA President & CEO Travis Knight (director of Kubo and the Two Strings) will be joined by New York Times bestselling author Tony DiTerlizzi (The Spiderwick Chronicles; Star Wars: Luke Skywalker, Jedi Knight) for a Facebook Live tour of The LAIKA Experience. Travis will share LAIKA’s unique creative process with Tony as they take FB guests on a virtual tour of the pop up exhibit.