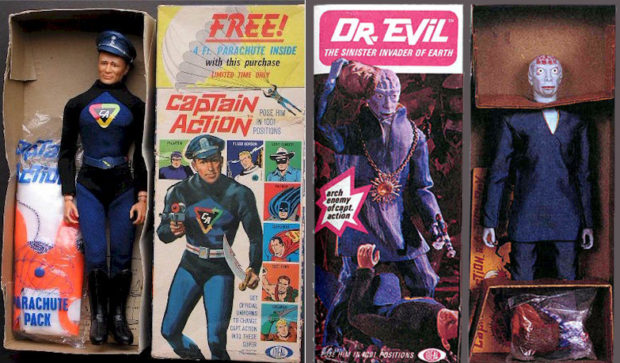 When I was a kid, the most magical of figures wasn’t one who could just change adventurous outfits. It was the one who could change his very identity into other heroes. By the time I became aware of Captain Action through ads in comics bought from flea markets, he was long gone from toy store shelves. But every time someone has revived the figure, I’ve bought as many costumes as I could get — maybe I don’t have an original Green Hornet, but the Playing Mantis version will do.

This year at Comic-Con, Atomic Toybox revealed that they’re doing a slight redesign of the good Captain — mostly in a resculpt of the face — and with new licenses, taking him into territory that’s original while also maintaining that magic of his becoming familiar characters. 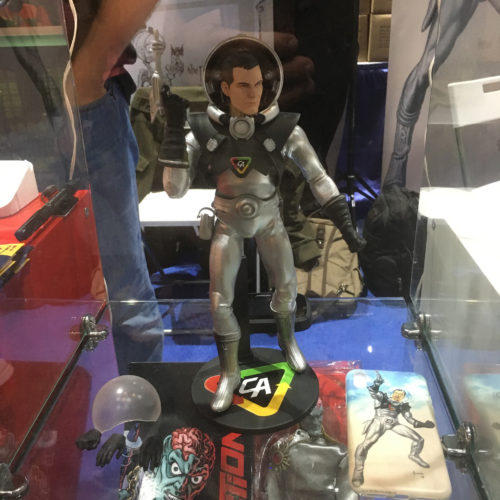 Though price points and actual launch dates have not been determined, they were able to show prototypes. The Captain himself gets an outfit good for battling evil in space, and it’s not based on either Flash Gordon or Buck Rogers, characters he became in the 60s and 90s. Subtitled “Attack on Mars,” he needs to be something new and original in order to face his arch-enemy Dr. Evil (the original), who will now become one of the Martians from Mars Attacks. 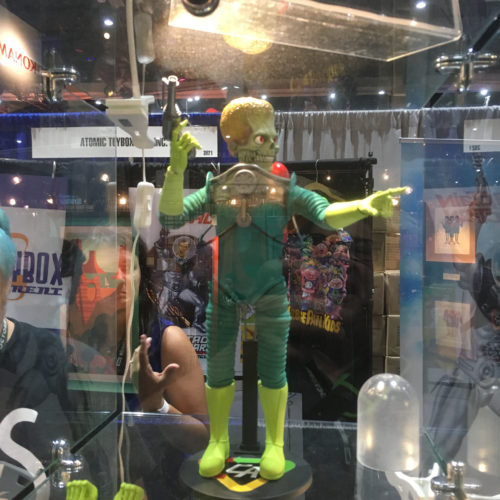 But the costume that got me most excited was one that never got the toys it deserved — The Rocketeer. Though Disney has been developing an animated reboot with spiritual heirs to original Rocketeer Cliff Secord, Atomic Toybox is licensing the original comics version, based directly on creator Dave Stevens’ art. And the prototype is beautiful. 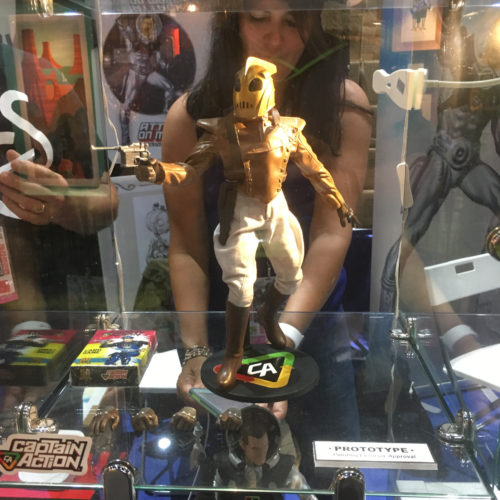 They had key art by the great Joe Jusko that promised more characters — Mike Allred’s Madman, along with public domain heroes like The Black Terror and the Golden Age Daredevil. There’s also a mystery hero… but there’s still an absence of one of the original figures: Action Boy. But that may point to the dearth of characters that are either indie or in public domain that are teens. Who would be available? Bomba the Jungle Boy? 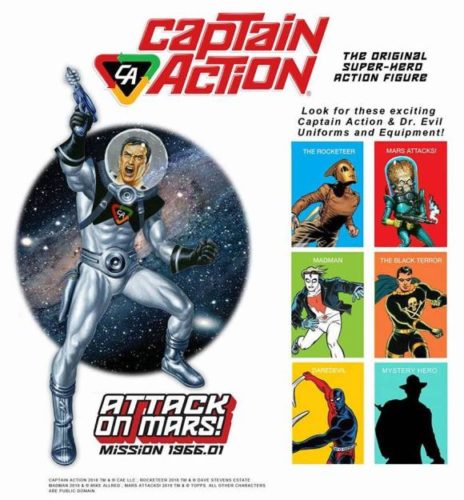 Of course, if this line does well, maybe we will see an expansion further into the Captain Action mythos. With figures this good, it would be nice to have a vehicle or two. Though also not set in stone, rumor has it that “flicker rings” might come back — and that would reassure us all that he’s back in action as good as he ever was.