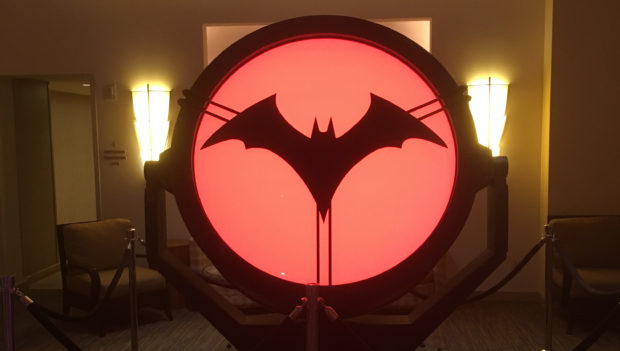 In a dark time in Gotham (but only slightly overcast time in San Diego), the sight of the Bat-signal in the lobby of the Marriott is a welcome sight. Step onto the elevator, and Batwoman herself appears on the doors, with a smirk that says justice. Batwoman star Ruby Rose mentions these in her Instagram post, in which she also regretfully announces that she won’t be coming to Comic-Con this year, despite two scheduled panel appearances. 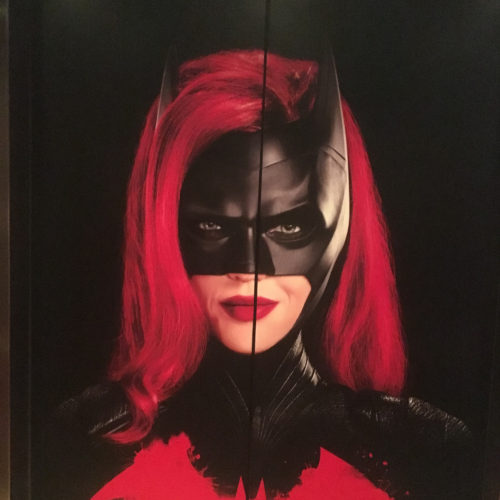 Thankfully, it’s for the best of reasons. We have come to celebrate upcoming shows, and she’s busy actually filming an episode for one of those shows. Sometimes, production can’t stop dead just so people can find out more about the production. Considering the ambition and attention that’s coming to Batwoman (also a key part of the upcoming Crisis on Infinite Earths event as well as last year’s Elseworlds), it’s completely understandable that they’re working extra hours and going the extra mile. Plus her first panel was scheduled for Saturday morning, a screening of the pilot followed by a Q&A. That can be hard after a week of filming and a long plane ride.

I love you, I appreciate you and I’m so sorry for anyone who is let down by this but I will make it up to you xx

The slight loss for fans will be made up by a good show. It is unfortunate that Rose will miss the second scheduled panel, Entertainment Weekly‘s “Women Who Kick Ass,” where Rose would have joined Shohreh Aghdashloo (The Expanse), Freema Agyeman (Doctor Who), Betty Gilpin (GLOW), and Cobie Smulders (Stumptown). That’s still a strong line-up of strong women, and will make a terrific panel regardless. But come on — Rose also once went toe-to-toe with John Wick.

For me, it’s just a relief this is the reason. When Rose’s casting had been announced, there had been some troglodyte backlash. Hopefully, Batwoman’s appearance in Elseworlds proved that Rose was right for the job. My gut had been, “crap… some idiots have threatened the appearance…” (as happened last year at SDCC, when DC had to get extra security for two of their creators receiving death threats). And with Game of Thrones showrunners David Benioff and D.B. Weiss cancelling out for undisclosed reasons (but let’s be honest — we know perfectly well why, and I don’t blame them), it’s easy to think the worst.

But this is the best: making a show we will love so that next year, Ruby Rose will fulfill her stated dream of coming to Comic-Con and we can tell her how much we love Batwoman. We’ll leave the Bat-signal on for you, Ruby. 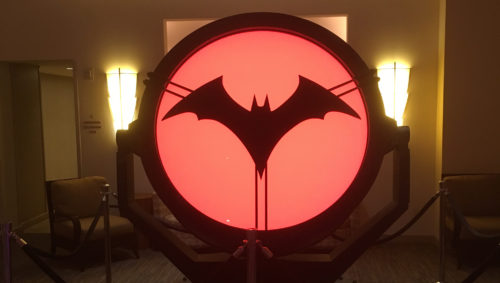