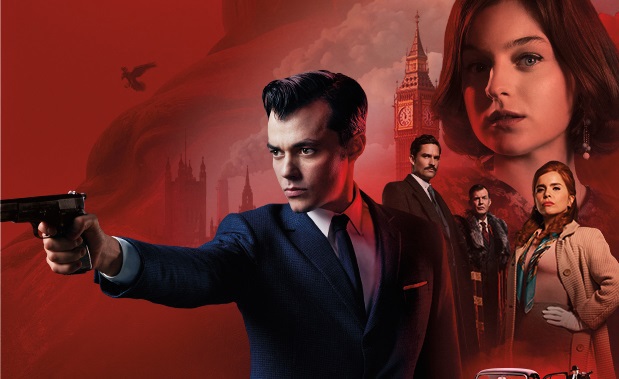 I won’t exactly call these free souvenirs from Comic-Con, because of course you still had to pay for your hotel. But some of the coolest little tchochkes every year are the WBTV-sponsored hotel key cards, spotlighting series they produce, and most of those superhero-oriented. This year, they’re paring it down a bit to just three card options, and interestingly enough, only releasing art for two of them ahead of time.

First, the EPIX drama Pennyworth gets a card. Starring Jack Bannon as young Alfred Pennyworth (long established as having a youth in special forces), the series follows the events of Alfred forming a security company in London in the 1960s, working with Thomas Wayne (Ben Aldridge). Co-created by Bruno Heller and Danny Cannon, the minds behind Gotham, the series will debut after Comic-Con, on Sunday, July 28 at 9 pm. 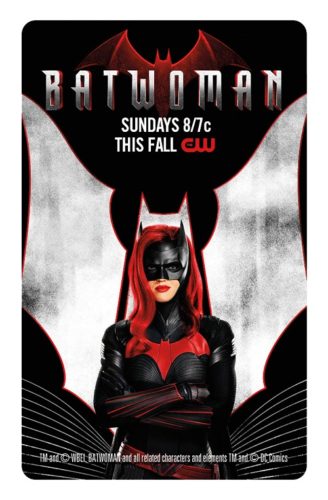 The second key card features Batwoman, starring Ruby Rose as Kate Kane, and set to premiere on the CW Sunday October 6 at 8 pm. The character made her debut last season on the Arrowverse crossover “Elseworlds,” which of course was meant to backdoor to a series. Batwoman steps up to restore order to Gotham City after the disappearance of Bruce Wayne years before.

What WBTV isn’t letting us see yet — oddly — is the key card for HBO’s Watchmen, a sequel series created by Damon Lindelof. It must be too soon to unlock those mysteries. 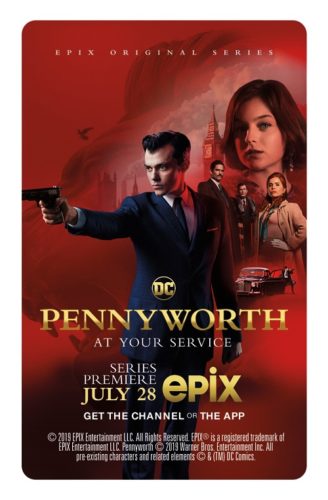