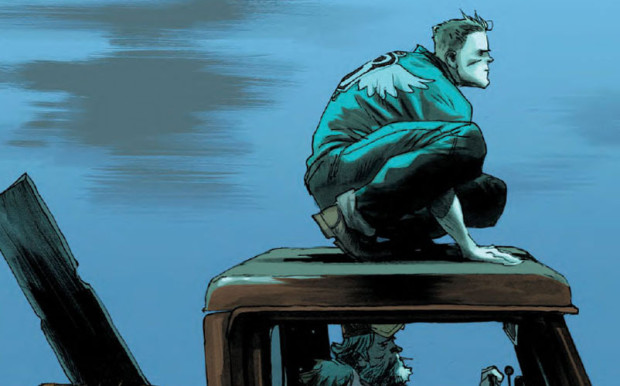 This is my hope for Huck: that it will turn out to be the superhero story that Frank Capra never got to tell. Co-creators Mark Millar and Rafael Albuquerque have set the stage for it. We’re in a small town. We have a good, pure soul in Huck, “…the slow guy from the gas station.” We have a modern spin on the street-wise female reporter archetype from Meet John Doe and Mr. Smith Goes to Washington. And we clearly have a cynical world outside that small town, ready to beat down the goodness that emanates from Huck.

This is my fear for Huck: that that cynical world will win, because for years, that’s the way Millar stories have gone. Yet Starlight ended on a beautifully simple uplifting note, so I can have hope. 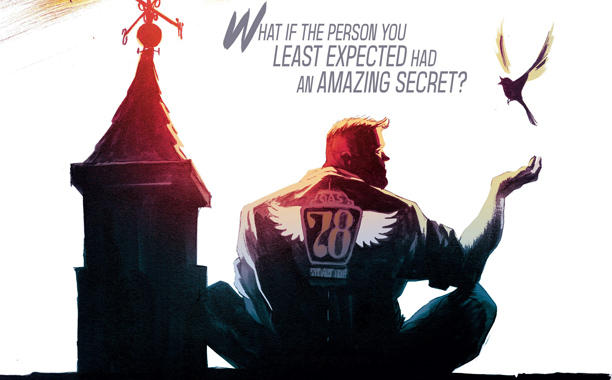 Huck #1, out today, begins on a similar note. Millar turns it over to Albuquerque and colorist Dave McCaig for the first five pages, a gorgeous (almost) mute layout that illustrates Huck’s Superman-like abilities and luminous goodness. Kept secret and essentially raised by his town, the mysterious orphan dedicates himself to performing one good deed a day — sometimes a small kindness, sometimes something that affects many people. All of them work to restore the reader’s faith in humanity — or at least one fictional character.

Millar has left the details vague. This small town isn’t named; it could be anywhere in America. (It has to be America, because what could be more American than the name Huck?) Why Diane, the character filling in for Jean Arthur and Barbara Stanwyck, moved to this small town has yet to be explained. And why she has a friend show up for her to tempt her into breaking her promise to the town is also just one more broad stroke.

It’s got to be on purpose. If this doesn’t turn cynical overall, it’s Millar showing us a huge chunk of our own American myth, in the way that often only an outsider really can (see: Moore, Gaiman, Morrison, and deTocqueville). We believe that everywhere in this country there is a piece of the “heartland,” where politics aren’t as important as just trying to get along with your neighbors. It’s optimistic. It struck a chord, especially when you read Huck’s list of potential good deeds to perform. 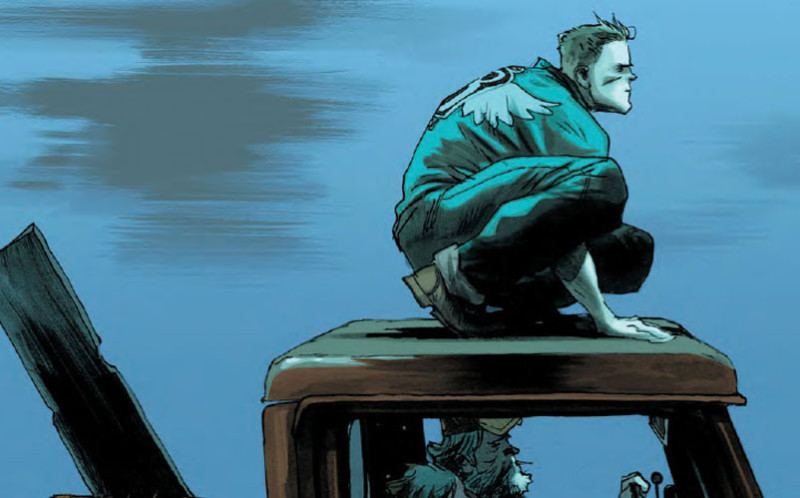 Real-world politics intrude, with Huck finally doing good on an international scale, though managing to keep it a secret by trusting those he saves. Again, it’s the Capra formula but tied into actual current events. The first issue ends on the cusp of the next beat in Capra’s framework, which is also what fills me with fear. It’s easy for Millar to turn everything on its head, but I hope he won’t. There’s something to be said for that formula, and there’s something for letting us believe that there’s a little bit of Huck in all of us. (Please, please, please, don’t betray my childlike hope in this.)

Already optioned by Studio 8 for a TV series, Huck plays out cinematically. That’s not a cynical move; no matter how good this comic is, the reality is that more people will watch a movie or a television series than read a comic book. In the meantime, get in at the beginning of Huck.