The problem with rebooting a comics universe is that it isn’t just ten years of what a character may or may not have done. Because universes have a way of filling in backstory for decades, centuries, millennia, and more — and spanning a few thousand years into the future. When they reboot, ostensibly so writers can make modern characters fit better in today, nobody seems to know about yesterday or tomorrow.

When DC brought long-time Marvel mastermind Brian Michael Bendis over, everybody paid attention to his working on Superman. That was a feint, good for publicity in the New York Times, but Bendis’ real sights were set on a new era lasting, well, a millennium. Creating a new villain from Krypton’s history was one thing, but why stop at one planet when you can top Grant Morrison, tie together every continuity under your own imprint, Wonder Comics, and remember that it’s not confusing to a kid reading comics for the first time.

That’s a digression, because really, you should be reading Young Justice, Dial H for Hero, and the sublime Naomi, all designed to do what comics used to do all the time — get kids reading with a sense of wonder.

But that’s all about DC’s past, and now Bendis looks toward that future — that thousand years of conflicting future stories. Will tomorrow pave the way for Kamandi, the Last Boy on Earth? Or will Tommy Tomorrow lead the Planeteers through interstellar adventures? And just when will we all start speaking Interlac, anyway? All three possible tomorrows conflict, except that Bendis, creating with artists Jim Lee, Dustin Nguyen, Andrea Sorrentino, Andre Lima Araujo, and Scott Williams, is finding a way to tie them all together, using a minor DC character who’s about to become very important: Rose Forrester. 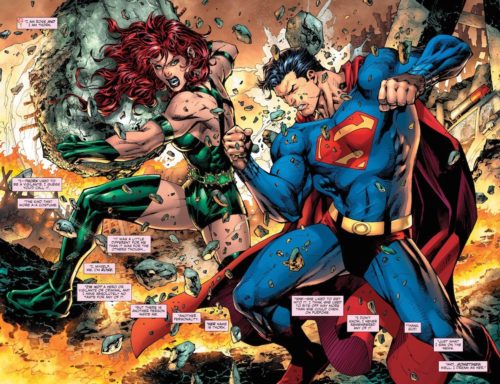 You ask who? She started appearing in back-up stories in Action Comics in the early 1970s, in a feature called Rose and the Thorn. With each successive reboot, Rose and the Thorn make their way around the DC Universe, but nobody quite knows what to do with them — they are two personalities that share one body, Rose being shy and retiring, with the Thorn both being super-powered protector and maybe just a little psychotic.

In the opening segment in Legion of Super-heroes Millennium, Rose has also noticed that she’s not aging, and she has no way of knowing if it’s something Thorn did. That provides a quick glimpse into the 2019 status quo, but Rose is already somewhere in the future. Maybe she’s traversing realities as well as time, as each artistic collaborator with Bendis gets a different future — Jim Lee draws the opener, and then it jumps to the world of Batman Beyond, where one of Rose’s fears is coming true. Then the world of Jack Kirby’s Kamandi, then the Planeteers, and then… we’re promised more, and in the meantime, Bendis and company have exposed us to a new status quo for the Worlds of DC. And we haven’t actually seen the Legion of Super-Heroes yet. 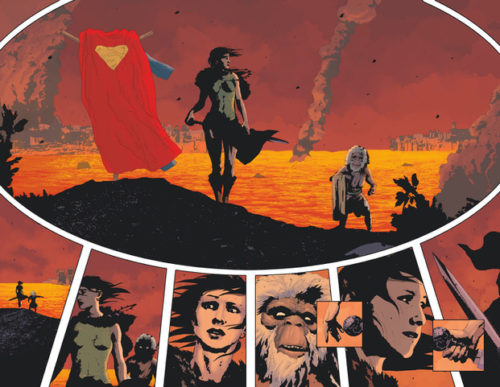 We’ve been too long without them, and honestly, it feels like they’ll be brighter and shinier (as they should be) than they will be in Geoff Johns’ meandering with Saturn Girl over in Doomsday Clock. That book obsesses over stories we’ve already read; Bendis wants to get a whole new group reading stories tomorrow. Millennium nods to the past, but only so it can make the book in front of you fun. Using Rose and the Thorn is a most unexpected way to get to the 31st Century, which tells me that this book will be surprising in the best way. Pick this up so you can be ready — you might not know this coming version of the Legion, but chances are high you’re going to love them.