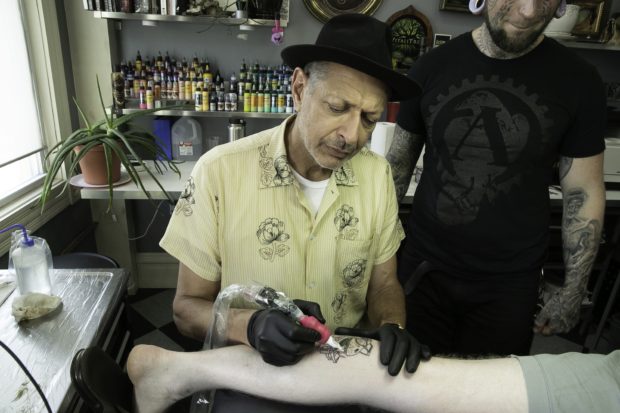 In The World According to Jeff Goldblum, Jeff meets up with passionate artists and doting fans from the tattoo community. He attends one of the largest tattoo conventions in the country, and surprises fans at a Pittsburgh tattoo parlor for "Jeff Goldblum Day." (National Geographic/George Lange)

Often overlooked in the big Disney/Fox merger was National Geographic. So many opportunities for nature documentaries arise, but for Disney+, they chose to start with one of our greatest natural resources: Jeff Goldblum. A seemingly inexhaustible energy source, Goldblum offers a font of curiosity, and thus launches a docuseries in which he explores artists and creativity. And more than that, we cannot explain. You just have to watch.