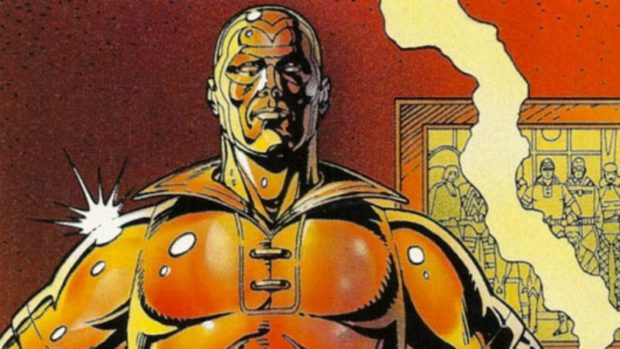 Time for my semi-annual re-reading of Alan Moore and Dave Gibbons’ Watchmen. It’s happening. As rumored almost two years ago, it’s happening on HBO. To confirm it, writer/producer/avowed Watchmen fan Damon Lindelof posted this on Instagram:

Visually referencing a piece of original Nite-Owl Hollis Mason’s memorabilia, Lindelof is moving forward with a dream project. Make no mistake — it’s being done out of love, as Lindelof is liberally quoted on the back cover of DC’s current edition of Watchmen. Whether you like the guy’s work or not, he is a fan. And if you’re going to remake Watchmen, a TV series (or limited series) makes sense. Each issue of the original comic book limited series is dense and brilliant, and should justify an hour on its own. Director Zack Snyder did what he could condensing it into a film, but much was lost, and there is no confirmation yet on whether or not Snyder is involved.

What gives pause here is that Lindelof may not just be adapting that original story. Rumor has it that he will dip in to material from the Before Watchmen event, also material done by great creators, but… but not Watchmen, which is just perfect on its own. Consistently DC Comics’ top seller in graphic novels, the original is a work of brilliance that I recently convinced Dave McGuire to read. It’s a game-changer. And I want Lindelof to succeed. I also don’t know when it’s going to appear on HBO’s schedule. Let’s look toward 2018’s convention season for solid rumors to really start leaking out.

In the meantime, I’ll be digging into my bookshelf.