The news broke this evening that NBC is moving forward with Powerless, a half-hour sitcom set in the DC Universe and starring Vanessa Hudgens. In the pictures released to go along with it, we see Hudgens (Grease Live, High School Musical 1, 2, and 3) alongside co-stars Alan Tudyk (Con Man, Wreck-it Ralph), Danny Pudi (Community, Knights of Badassdom), and Christina Kirk (A-Z). You can also catch a glimpse of The Crimson Fox, ostensibly saving Hudgens’ character Emily and the proverbial busload of schoolchildren.

Allegedly, Warner Brothers is allowing heavy referencing to the DC Universe, though Crimson Fox is the kind of character more likely to appear on this series, which takes place in an insurance office. It’s about the normal people trying to get through the day in a world full of costumes, and the pilot description places Hudgens squarely in the lead:

When Emily stands up to one of these larger-than-life figures that she accidentally becomes a cult “hero” in her own right — even if it’s just to her group of lovably quirky co-workers. Now, while she navigates her normal, everyday life against an explosive backdrop, Emily might just discover that being a hero doesn’t always require superpowers.

Though the series doesn’t have a strict comics analog, on the surface it does resemble Marvel’s Damage Control. At one point last year, ABC announced plans to develop that comics series for television, but nothing has been heard since. Maybe this is one case where Marvel will just let DC win the Concept Wars. 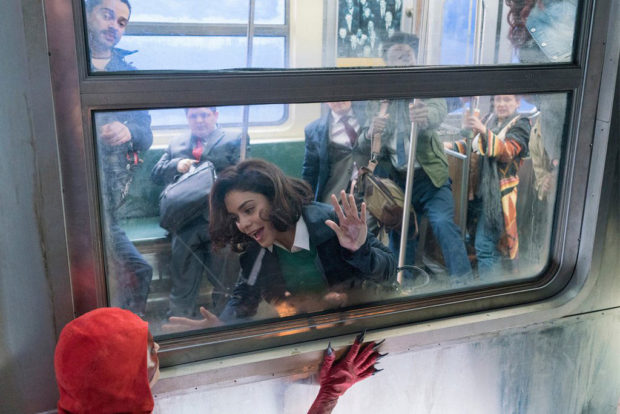 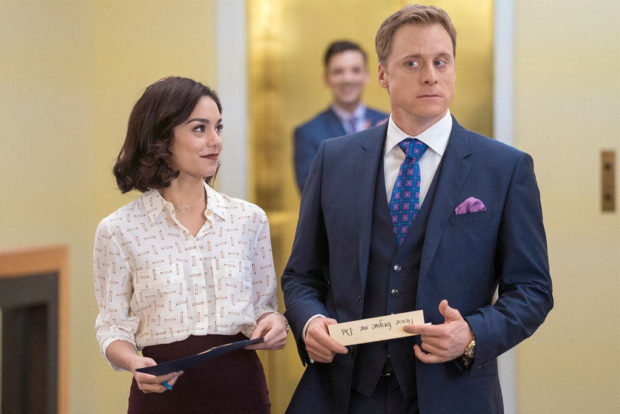 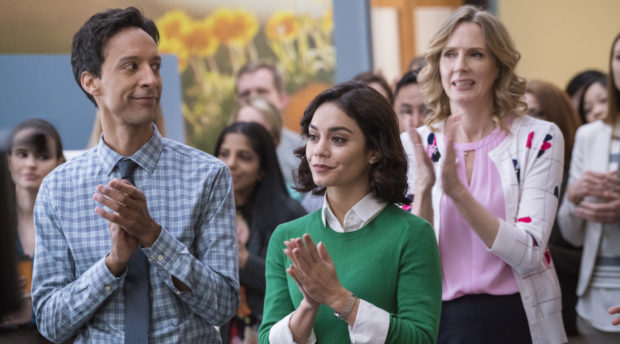