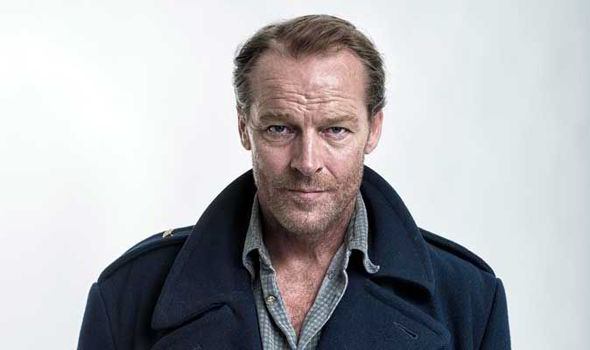 With Titans’ first season ending on a nightmarish vision of Batman crossing way over the line, we should have expected that Season 2 would include an actual Bruce Wayne. Both Dick Grayson (Brenton Thwaites) and Jason Todd (Curran Walters, recently upped to full-time castmember) have different, difficult relationships with Bruce Wayne, but we’ve only seen a shadowy stuntman in the Bat-uniform.

Next season, though, we’ll see the billionaire playboy, older than we might have expected, but not old enough to be the guy from Batman Beyond. Website Deadline reports that Scottish actor Iain Glen has been cast as Wayne, and you likely know him well — he’ll be returning for Season 8 of Game of Thrones as Jorah Mormont.

On one hand, it’s an odd choice, but from an acting chops perspective, it’s pretty damned smart. Classically trained, Glen has brought fun energy to both Game of Thrones and the Resident Evil franchise, but he’s always stood out for me as Hamlet in Rosencrantz and Guildenstern Are Dead. Whether he appears as the Caped Crusader or not, this places the Batman of Titans as having been active for decades. If you do the math on Grayson’s above-board law enforcement career, that does make sense in a way that we usually just blink over when reading comics. Never do the math.

The production team describes the role as follows:

“After decades of fighting crime as Batman, billionaire Bruce Wayne is just as driven to protect Gotham from evil as he was in his prime. Needing to reconcile his relationship with Dick Grayson, the duo hope to forge a new dynamic as Bruce tries to help his former sidekick and the Titans achieve success.”

Glen joins the already announced Esai Morales as Deathstroke the Terminator — another strong older actor, and let’s hope they get some scenes together. The first season of Titans could be uneven, though the cast was strong. Here’s hoping for a better-rounded Season Two.