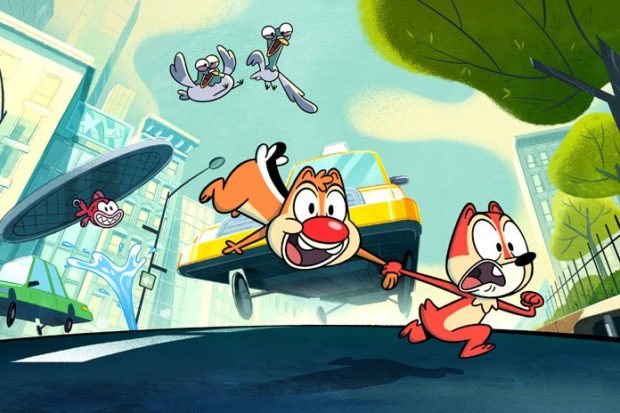 A new Chip ‘n Dale original animated series is in production for the streaming service Disney+. A total of 39 seven-minute episodes are being produced. The story will feature “…the much-loved chipmunk troublemakers in a non-verbal, classic style comedy, following the ups and downs of two little creatures living life in the big city.”

The show boasts a combination of traditional style of animation with contemporary, comedic narratives. Jean Cayrol will direct while Marc du Pontavice will produce. The announcement was made Tuesday at the Annecy International Animated Film Festival.

Chip ‘n Dale first appeared in the 1943 short Private Pluto and had their first headlining appearance in 1947 simply titled Chip ‘n Dale. The dynamic pair was developed by legendary Disney legend, Jack Hannah and have featured in several television series, films and specials.

The most high profile the chipmunks had was with Chip ‘n Dale: Rescue Rangers, which aired on the Disney Channel starting in Spring of 1989 for a total of 65 episodes. A live-action adaptation is still reportedly being developed with The Lonely Island’s Akiva Schaffer attached to direct.