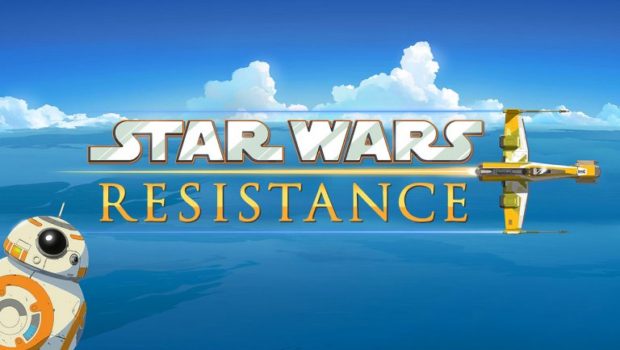 After the emotional farewell of Star Wars Rebels a few months ago, Disney and Lucasfilm promised that as far as Star Wars animated series go, there would be another. Today the Hollywood Reporter broke the news that sometime in the fall of 2018, we would see Star Wars Resistance. Dave Filoni, creator of Rebels, is the mastermind behind this new series, which you can guess from the title moves forward in time — filling in some of the gap between Return of the Jedi and The Force Awakens.

Centering on Kazuda Xiono, a young pilot recruited by the Resistance to spy on the nascent First Order, Star Wars Resistance will be kid-focused. From the announcement art, it’s returning to a 2D look, which Filoni hinted is influenced by anime.

Filoni said he was inspired by both his family and an interest in World War II fighter planes. His grandfather was a pilot and his uncle restored and flew planes. Mix that in with a young pilot in a galaxy far, far away and you could get an exciting series. To add to the excitement, both Oscar Isaac and Gwendolyn Christie will be voicing Poe Dameron and Captain Phasma, at least in the first episode. BB-8 may be the character from the new trilogy who makes the most appearances, teamed with a series of pilots and rebels.

Disney hasn’t finalized a premiere date yet, but this could help fill the void as we have to wait another year for Star Wars Episode IX: The Abrams Undoing.