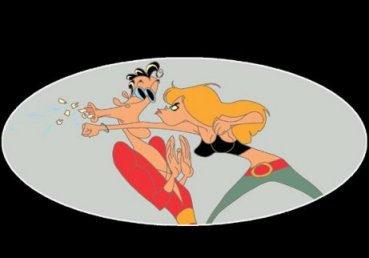 In part one of our interview, Kyle Baker discussed the process of getting into Plastic Man, on sale from DC Comics this week.

But Baker has another, more personal, project in the pipeline. At the time of this interview, he was prepping a collection of cartoons about his family entitled simply The Bakers. Since then, the artist changed his self-publishing plans from a one-shot comic to a trade paperback, Kyle Baker: Cartoonist, that includes The Bakers material along with some of his other cartoons, more in line with his San Diego Convention exclusive The New Baker, but a lot bigger. It will be available later this month.

In addition to his upcoming work, he has just come off of the controversy of Captain America: The Truth. Here in part two he addresses the reasons for the approach he took on that mini-series, which sharply divided fandom. Whether he persuades you to his point of view or not, you’ll have to admit he has some intriguing things to say about the market — and just who his competition really is.

We’re including a couple of panels from Kyle Baker: Cartoonist. Click on the images to get the larger version and the punchlines in bigger type.

Derek McCaw: You’ve finished work on the controversial Truth: Red White & Black. In retrospect, do you have any insights on working with Marvel on that? How had it changed from working with Jim Shooter in the eighties?

Kyle Baker: Again, the thing about hiring me at this point is that you’re hiring me to do my thing. A lot of times, not being a regular reader of Captain America, I would call them and say, “should I do this? Would it be okay? What would you like?”

I’m so out of it that when the first issue came out, I don’t even have a comic book store near me. I get free DC Comics. So that’s what I read. And I read my friends’ comics, because I get those free or whatever. And so I haven’t seen a Marvel Comic, literally, in years. So I go to the store to pick up my comic book because Marvel doesn’t send you complimentary copies. This is true. They do not send the talent free copies, because they are, god forbid, going to sell them.(laughs) By the way, the cheapest part of producing a comic book is the printing. They pay the talent a fortune. They pay ten cents to print the book. But they can’t send me the book.

But anyway, I’m at the comic book store. I’m doing my thing. “Captain America!” I’m drawing it like Jack Kirby, I’m doing all those Kirby poses and square fingers. You know what I mean? Splash panels, and I’m like, yeah, and a little Sal Buscema because that’s how old I am. You lock into what you were into when you were a kid. And I was into Sal Buscema and Mike Zeck.

I go to the store and I’m like, “ohhh…Captain America is traced photos now. I’m sorry, I didn’t realize this.”

“If I’d known this was what you guys wanted I’d have made it easy on myself and traced some photos.”

DM: The Truth was definitely a case where editorially an issue was added, as part of “writing for the trade paperback.” How has that affected you as an artist?

KB: I didn’t write it. More than that, a trade paperback is for a different market. I find, having worked in both markets, that the bookstore market is a different bunch of people.

I was told by Marvel that they were trying to get a different kind of fan. They even told me not to look at their stuff. “We called you to get your thing.” They’d already got the Cassaday fans. And I’m not trashing any of these guys; they’re all wonderful. I get to hang out with these guys. I like their stuff.

And again, when you’re selling to bookstores, you’re trying to sell to people whose favorite book is Dilbert. You’re going for that market. If you look at the comics that are selling in that bookstore market, it’s The Simpsons, Dilbert. Eddie Campbell with From Hell sold a lot of copies, a very sketchy style. That’s what those fans like. If you’re selling to that market, you’re going to have trouble in the direct market and vice versa we find.

So you have to choose. We even had this discussion at DC. Who is this for? I can get you on CNN, or I can get you in CBG. I’m cool with either one, really.

For the Plastic Man audience we’ll do real tributes to Jack Cole, and my version of famous panels and stuff, because those fans will recognize it. “I remember that scene, and that character, and I liked that story. And oh, he brought back that situation.” You know what I mean? Whereas the average Barnes & Noble guy, he wouldn’t care that your cover was an homage to the original Police Comics. 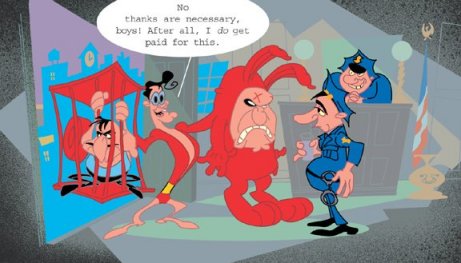 DM: This winter you’re going to launch The Bakers. From the preview in your (Con Exclusive) New Baker, I really like it.

KB: Thank you. Thank you very much. I’ve been doing stories about my family. I tend to write from my experience, when I’m not writing other people’s characters. And lately, I have two kids, I work at home, and I don’t get out much, so really most of the gags that occur to me…

I’ve been drawing these for years now, in my house, for the entertainment of my family. Jokes about what goes on in my house. My kids act like everybody else’s kids and that sort of thing. There’s also the added pressure of working at home, and I can’t get anything done until they get to sleep. The first issue of The Bakers is going to be called “Shut up and go to bed!” and it’s twenty-two pages of me trying to get these kids to go to bed so I can do some work.

And it’s like “Daddy, I need a drink of water…Daddy…” Then I turn off all the lights. “Daddy, I need a drink of water.” I’ve got to navigate through a living room where the floor is filled with toys. Pointy toys. I’m going through the dark and I slip on some kind of toy. All the toys make noise all the time. And I’m always bumping it, or stepping on some Barney in the dark, he starts singing “I love y – ” And you’re bleeding from the scalp because you cracked your head open.

But the thing is that I wasn’t sure anybody would like it, and then I did this Con preview, and it turns out to be everybody’s favorite part of the book because they can relate. Which is a relief, because that’s the kind of stuff I’m really enjoying doing.

DM: So when is that due? January?

KB: We’re trying to set it up now. I’m self-publishing that, just because I can’t tie up the rights to my family. That’s the only reason. I have nothing against DC. People are like, oh, you’re self-publishing, you’re through with DC and Marvel. No.

If my kid wants to do a comic book of her own, I can’t tell her, “sorry, sweetheart, you’re the property of DC.”

We have to clear the family Christmas card with DC. Then I’d get replaced as the artist, “We don’t think you’re right for it. People are writing that the dad is too fat, so we’re replacing you with a good-looking young man. People like the mailman character better; it’s going to be his book now” 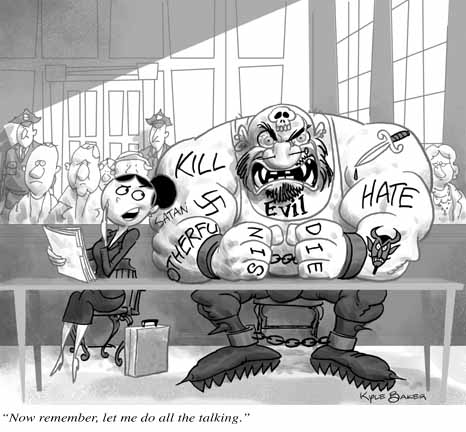 KB: Yes. I’ve been doing a lot of animation lately. I just worked on Looney Tunes, the feature and there’s shorts to support the feature. And I just want to get my own show going, so I’ve been developing the Cowboy Wally thing.

We’re trying to set it up as a TV show or a movie. I’ve been doing the animation myself. It turns out, I’ve discovered working for Warners, Cartoon Network is upstairs, that the budget for a half-hour of The Power Puff Girls is five hundred grand…and the cartoon doesn’t move. I do cartoons that don’t move for a living. They’re called comic books, and they don’t cost me five hundred grand to produce. So I’ve been making these cartoons. They’re funny.

KB: Oh, yeah, after San Diego we’re going up to L.A. to do lunches and meetings and all that. I’ve been talking to (Bill) Plympton about alternative venues. He’s never worked for the studios and he does very well. And his whole thing is take it slow and you’ll make a profit.

We wrapped up, and shortly afterward, a little more Hollywood moving and shaking took place — but that’s for time to tell.