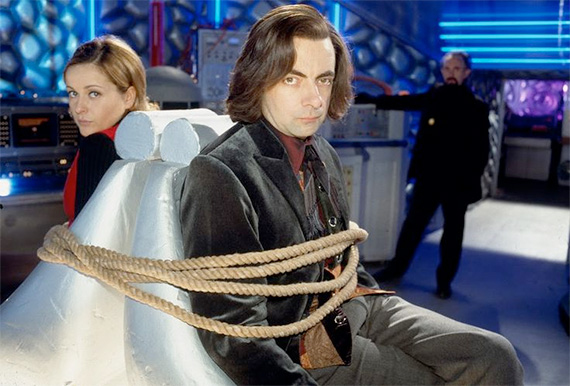 It was 1999. The attempt to revive Doctor Who in the U.S. had failed. Yet many television writers, comedians, and other actors had grown up as huge fans. Some young whippersnapper named Steven Moffat put together this storyline for the BBC’s Comic Relief, an annual event for children’s charities. Rowan Atkinson stepped in as the Doctor, and so did… a few other well-known actors. The sublime casting — and really, is it too late to do this in regular continuity? — was Jonathan Pryce as The Master.

Whatever happened to Steven Moffat, anyway?