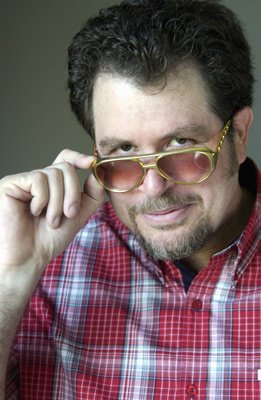 Don Coscarelli won’t remember this, but we met once years ago at a Comic-Con. Of course, Coscarelli meets many people at conventions, and I can say he’s kind, soft-spoken, gentle and attentive to everything a fan might have to say. It’s weird, because he’s also responsible for scaring the living spit out of many of us when we were 12 and 13 — although I suppose I could blame Trey Nichols and Mark Maggi for making me go see his movie at the Meridian Quad when I was still more into Disney. For Don Coscarelli gave the world Phantasm — and subsequently Phantasms 2, 3 and 4 — and for me, closet doors were never quite safe again.

That would have been enough for a legacy, but in the 21st century, he also gave us Bubba Ho-Tep. This tall man (but not THE Tall Man) has a bent sense of humor, and in adapting the work of Joe R. Lansdale for the screen, it almost seems like he re-invented himself. Except that humor was always there.

And now he’s found a new cause to champion. If any man SHOULD direct David Wong’s John Dies at the End, we at Fanboy Planet will go out on a limb and say it should be Coscarelli. Yet he himself is humble about it, using his name more to promote Wong’s book than to line up his next project. Such kindness in Hollywood should be rewarded.

In light of the recent publication in hardcover of the hilarious John Dies at the End, Coscarelli agreed to answer some questions about his interest and his work.

Derek McCaw: How did you discover this book?

Don Coscarelli: John Dies at the End was the first project selected for me by a “bot”. My guilty pleasure is post-apocalyptic zombie novels and I had bought a couple from a terrific small publisher called Permuted Press. One day in my email I received a bot email from amazon which read, “If you liked the book Dying to Live you’ll love John Dies at the End. The description of John Dies hooked me, especially the notion of a street drug called Soy Sauce that allows users to drift between dimensions. I ordered it immediately.

Derek McCaw: At what point did you look up and say “this will be mine?”

Don Coscarelli: Probably a chapter or two in when Dave is accosted by the Rastafarian who is ready to tell him where the first nuclear device will be detonated. The deal was definitely sealed when Dave was able to communicate with John through a bratwurst.

Derek McCaw: What did you do and say to convince David Wong that you were actually Don Coscarelli?

Don Coscarelli: I guess David didn’t believe it was me. I can be persistent so I just kept emailing, weekly and then daily. Days would go by and my wife would look over and see this hang-dog expression on my face and ask if that Wong character had ever replied. It was terrific to finally speak with him as I really believe David (or Jason, if you will) is one of the most talented young writers I’ve ever come across. Although they write in completely different styles and genres, it felt a lot like the first time I spoke with the terrific Joe Lansdale. 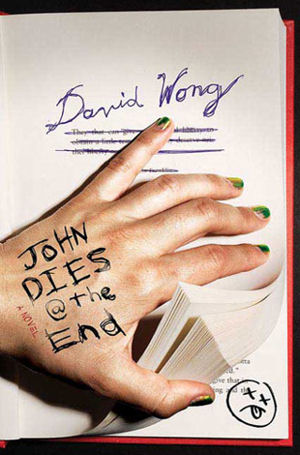 Derek McCaw: Knowing your involvement, some parts of the novel do feel influenced by your work – were you offering notes and ideas, or was this just a coincidence?

Don Coscarelli: I will take that as a HUGE compliment. No, of course, I had never met David until the book was long finished. However, there is no question that we both share an interest in horror, humor and the general absurdity of life. David’s just a more talented writer than I am!

Derek McCaw: What do you have to bring to this project that no other writer/director could give it?

Don Coscarelli: I am sure there are a lot of other directors who could make a great movie out of this book. The one thing I do bring, which I think I demonstrated to David with my adaptation of Lansdale’s Bubba Ho-tep, is that I will stay as true as possible, within the limits of time and budget, to his book. The largest problem is that there is a wealth of material and it will require some serious whittling to get it down to movie length.

Derek McCaw: The novel ends promising more adventures, and again, it’s also fairly episodic – do you see this first novel as being more than one film in and of itself, and is there a difference in your approach if you know you’re setting up a series?

Don Coscarelli: I firmly believe that these characters could play in a series of films. However, I hope to get the bulk of his first novel into the first film. 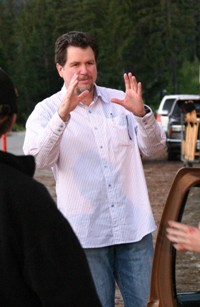 Derek McCaw: Along those lines, how’s the sequel to Bubba Ho-tep coming along? Don Coscarelli: The cast is finally set with Ron Perlman stepping in to play Elvis and Paul Giamatti as Elvis’s manager, Colonel Tom Parker. I co-wrote the screenplay with a talented Texas writer, Stephen Romano. I am very proud of this script. It has never been more difficult to make an independent film. Financing has been a challenge and we’re just locking it down now and hope to shoot early next year. Updates on our progress can be found at www.bubbahotep.com.

Don Coscarelli: This is a fellow who is loaded with sheer talent, a self-deprecating style and a great sense of humor. Some of the additional material he has created for the book’s promotion and the website is hilarious and shows that there are many more great works to come from this guy.

Derek McCaw: How far along is the film production?

Don Coscarelli: I am now finishing up the screenplay and beginning the search for funding. Remember something though, just because a creative work sparks my enthusiasm does not necessarily mean that the big shots at the studios will stand up and salute. What I value about David’s work is it’s sheer originality, and that is not really the currency Hollywood trades in.

…and hopefully, he’ll tell us soon. We thank Don Coscarelli and Jason Pargin, David Wong’s secret identity, for both sharing with us about this project. If you haven’t bought the book already — get it! It’s hilarious.