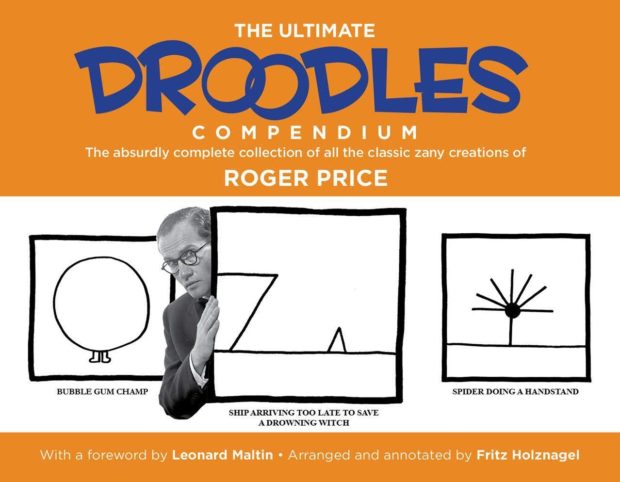 If you know rock album history, you already know one of Roger Price’s most beloved Droodles. Wisely, it’s right there on the cover of The Ultimate Droodles Compendium: “Ship Arriving Too Late to Save a Drowning Witch,” both a masterpiece of simplicity in cartooning and the title of the Frank Zappa album which gave us “Valley Girl.”

Just to its right sits “Spider Doing a Handstand,” one that made me laugh a lot when I was 6 and my parents bought me my first Droodles book off the rack at Kiddie World. Originally published by Price/Stern/Sloan, the Droodles books may have been unjustly forgotten in comics history. Getting a copy of The Ultimate Droodles Compendium brought back memories, and also some new laughs. 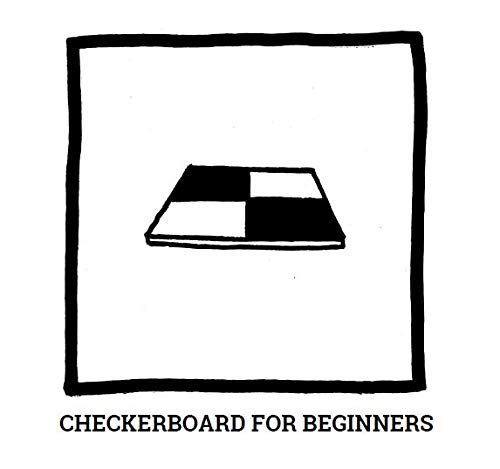 With a foreword by Leonard Maltin and annotations by Fritz Holznagel, this book fills in the blanks to Price’s inspiration. A popular humor writer in the 1950s, Price began creating Droodles for his syndicated newspaper column. For a while they were so popular that Price used them in advertising campaigns (back in those days when admen included geniuses like Price and Stan Freberg). Combining drawings and doodles, they are the ultimate expression of what we now call “Dad Jokes.” (I showed a page to my son, who shook his head sadly, because he knew more were coming.)

Simple in execution, at their best painful in their punnery, Droodles are high and low art colliding into the sublime. And best of all to a kid in the decades they were popular, they’re easy to reproduce on your own for your friends. If memory serves correctly, the original books (inexpensive and little more than pamphlets) encouraged readers to create their own. A perfect Droodle can also inspire more than one interpretation, as long as the title remains funny. 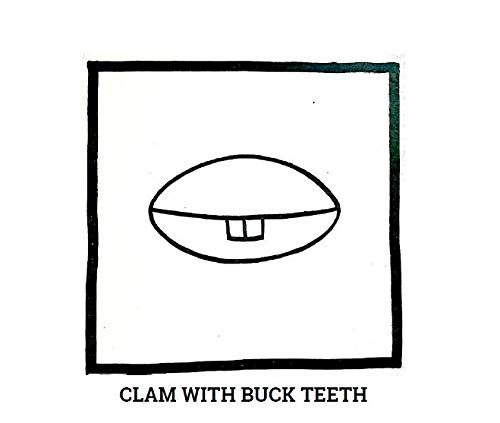 Though a few collections from decades past can still be found around, this new volume brings in Droodles from ads, columns, and Price’s files that had never before been collected. Occasionally Holznagel provides context — sometimes apologetic — for attitudes from the 1950s that just don’t fly today. It’s fair. Price was a genius who also helped create Mad Libs, but he was still a man of the 1950s and 1960s. A whole new generation should find this book, though, and take what still works — and there’s a lot of it that still does.

Publisher Claudia Sloan certainly thinks so, and she’s right. With her Tallfellow Press, she’s moving Droodles into the 21st Century, because simple cartooning and great puns never die. She’s developed a Droodles app for you to create your own (in my day, we had to draw it on paper and SEND IT IN like barbarians), so here’s my advice: get this book, and even though it’s after Father’s Day, you can give a copy to your dad. Then explore the app. Have fun. That’s what Roger Price inspired, and that should be his legacy. Be clever. Be creative. Be drood. 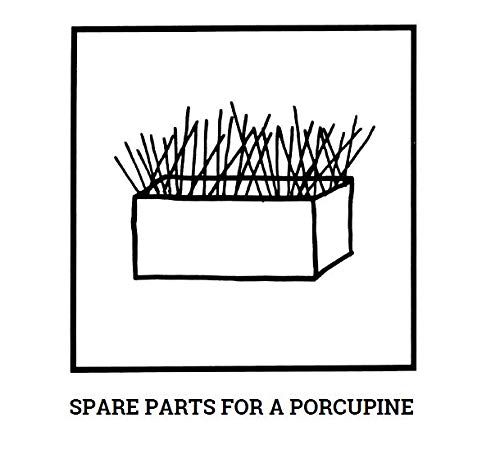