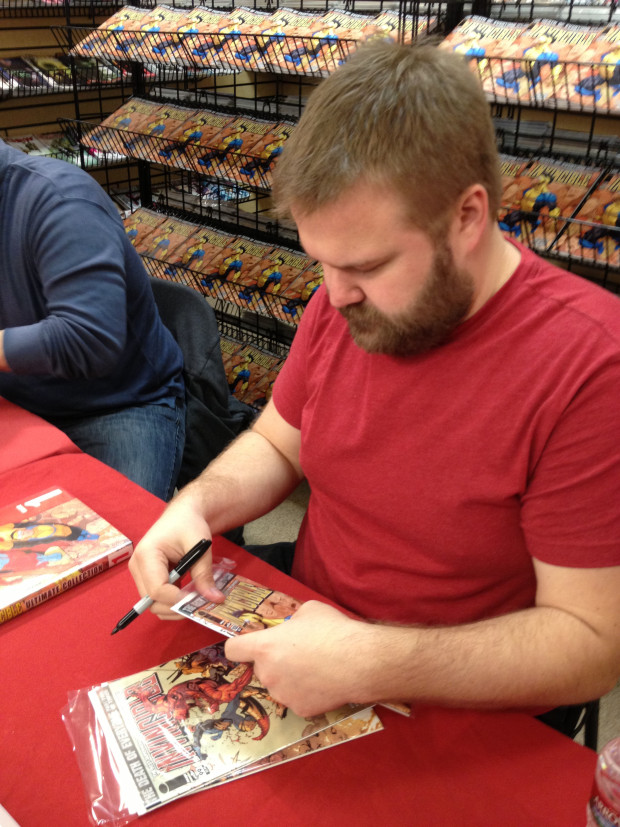 First, you need to get a tall cake, because according to Earth-2 store owner Carr D’Angelo, you get a lot more slices that way.

And they needed as many slices as they could get at Earth-2 on Saturday, February 2nd, because they weren’t just serving cake — they had one of the hottest creative teams in comics sitting at a table signing Invincible #100 — and many, many other items.

Robert Kirkman, creator of Invincible, partner in Image Comics, and creator of a little-known book called The Walking Dead, probably had to sign the most unique items, including a walking doll reproduction of the teddy bear zombie from the first episode of AMC’s The Walking Dead series.

Though artist Ryan Ottley did not begin Invincible, his run has made the book indelibly his own, and he was kept busy signing as well. In addition, Ottley brought a portfolio full of gorgeous pages from Invincible, and even raffled a page off for charity.

The two were busy for three hours, as hundreds of fans lined up for the chance to get their books signed and have a little conversation with these favored creators. D’angelo enjoys having events like this, a chance to bring new people into the store and reward regular customers with an up close experience with superstars of the industry.

It’s also obvious that the industry has arrived (as if we had doubts), as this event was previewed in the Los Angeles Times two weeks ago. Can we all just accept we’re in the mainstream now?

Even if you missed the signing, you can still find Earth-2 at 15017 Ventura Blvd. in Sherman Oaks, CA.. Tell ’em Derek sent you. They’ll look at you quizzically. 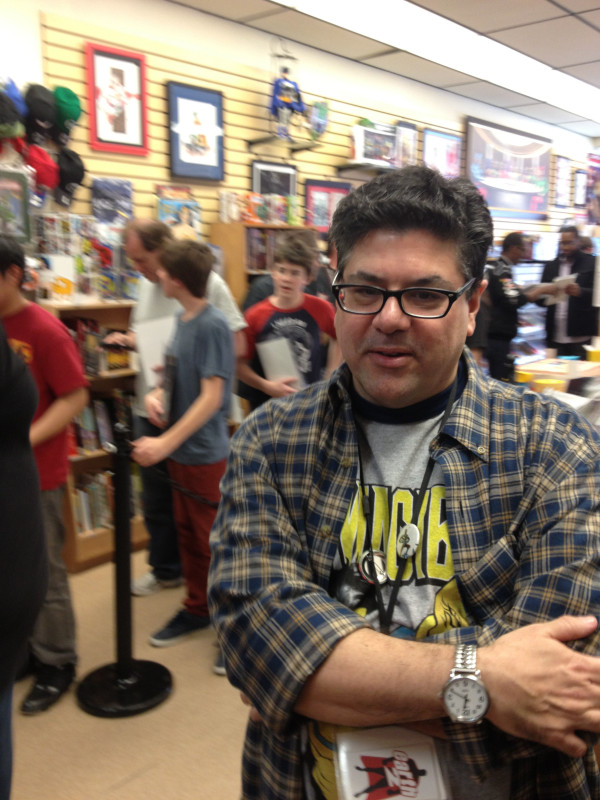 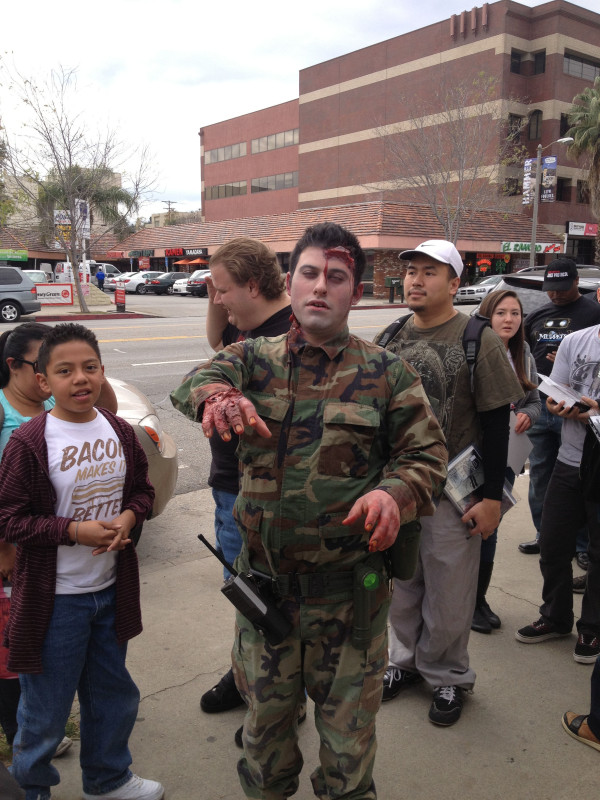 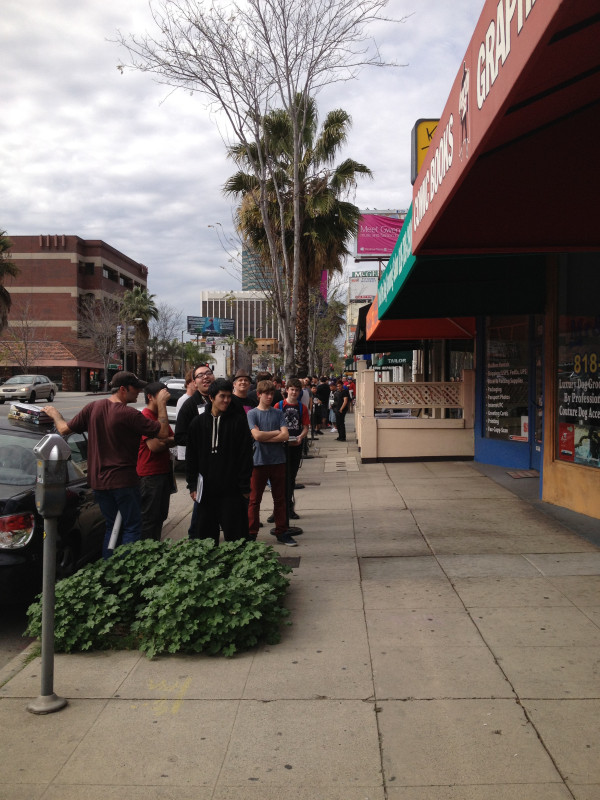 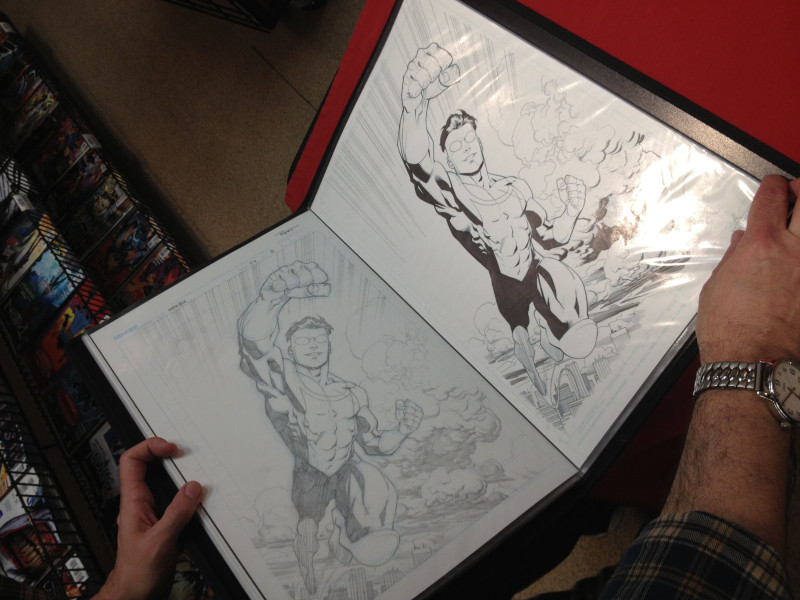 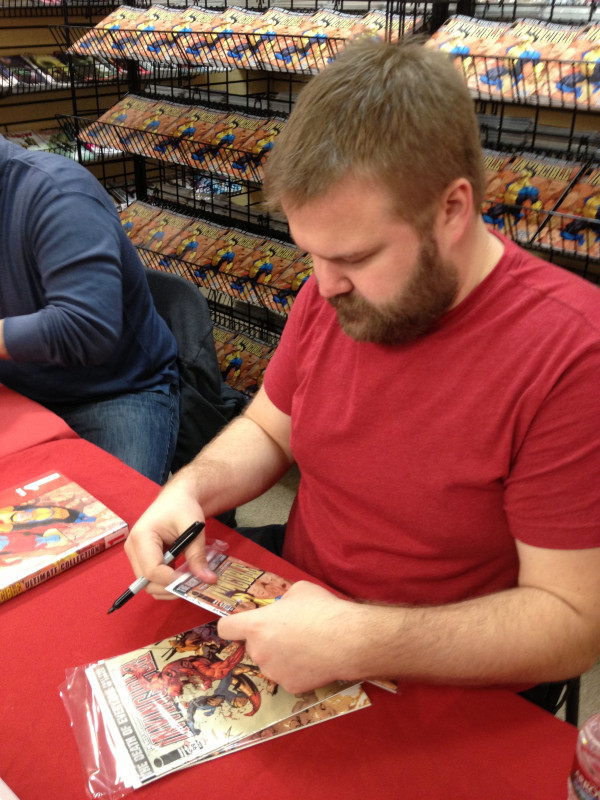 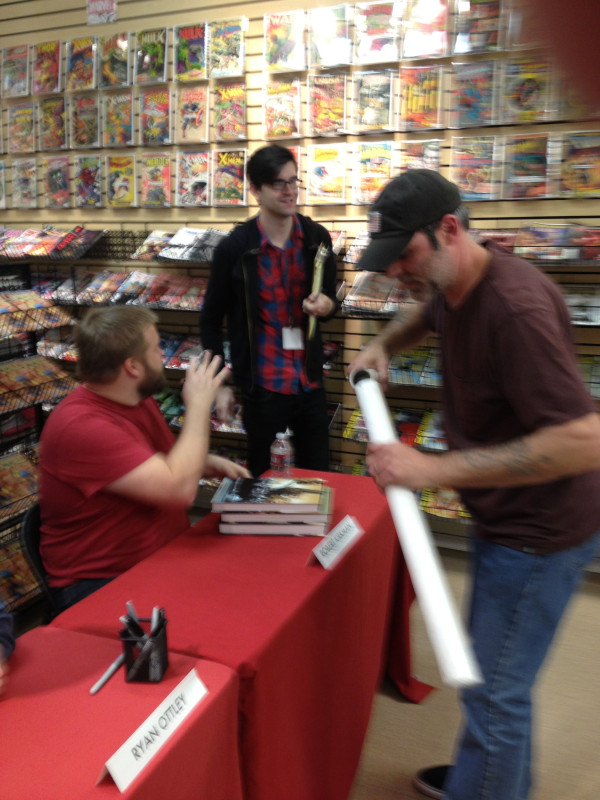 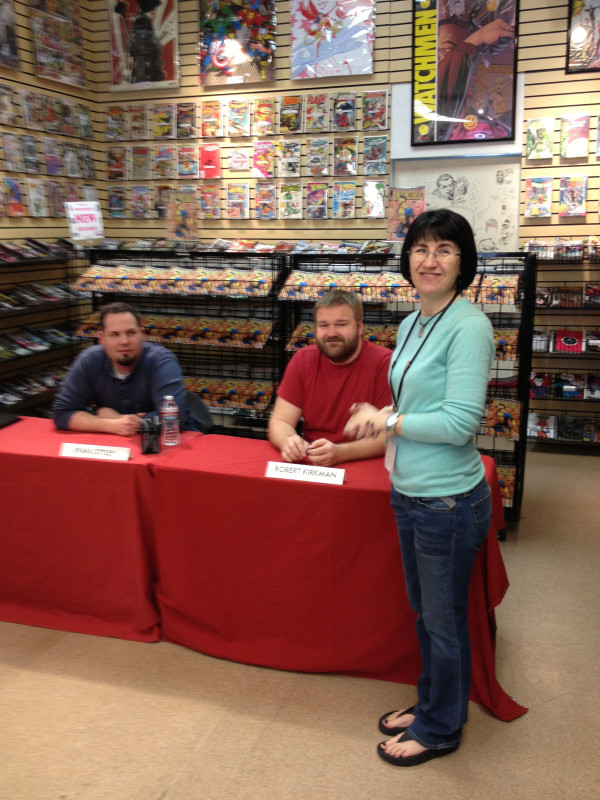 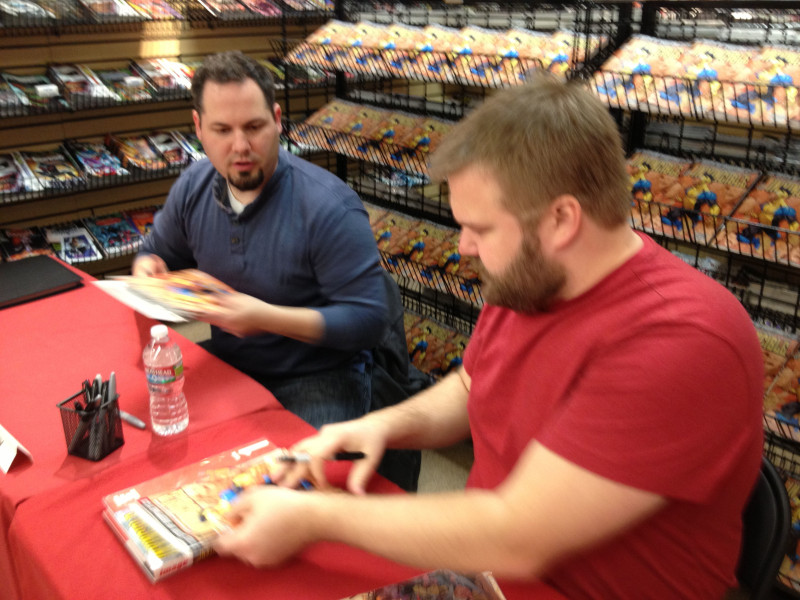 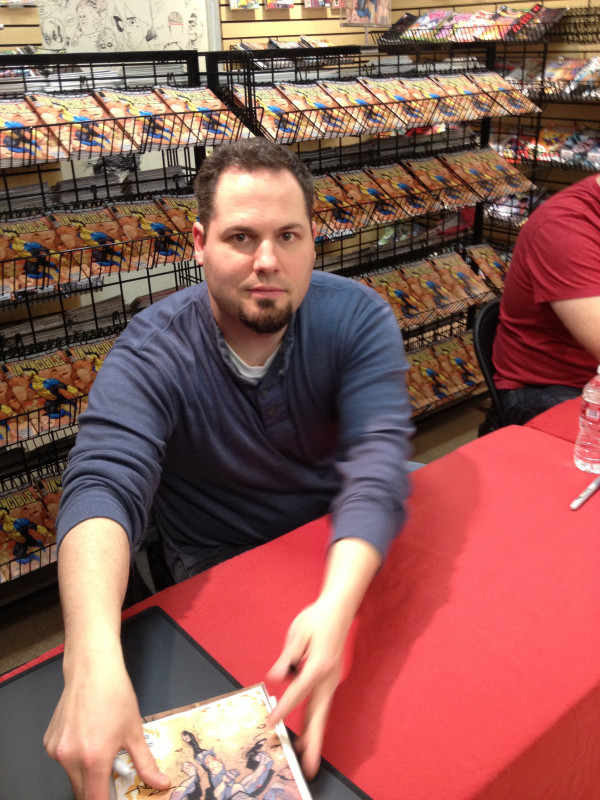 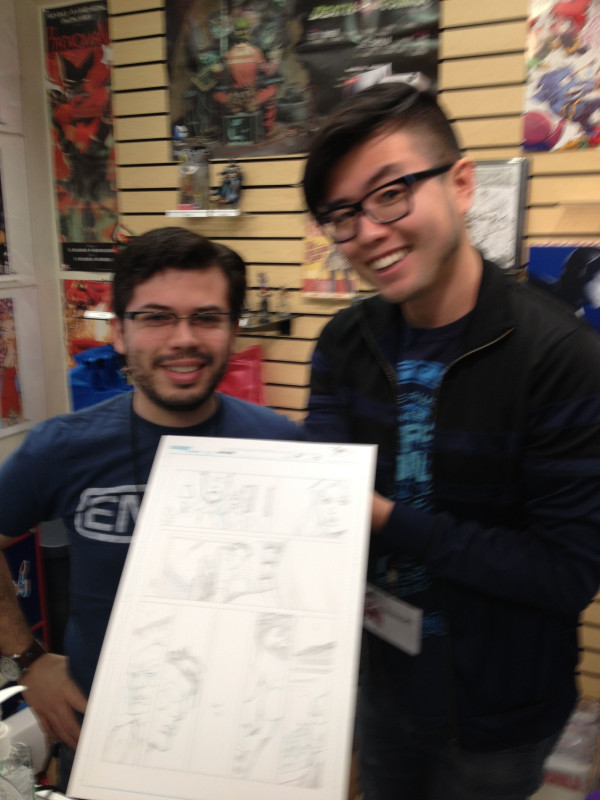