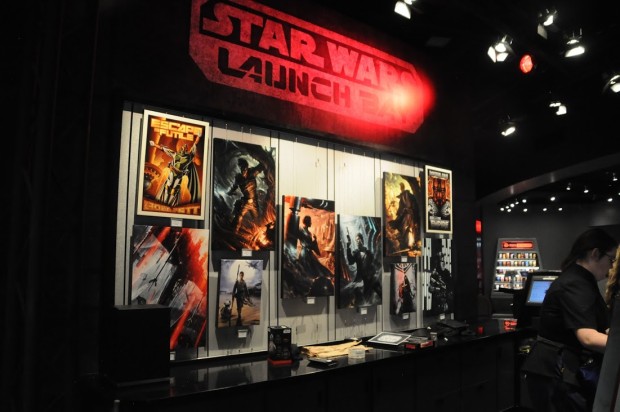 Two weeks ago, Disneyland opened “Season of the Force,” a Tomorrowland overlay celebrating Star Wars and its upcoming installment, The Force Awakens. One element likely to stay awhile is “Star Wars Launch Bay,” an exhibit of replica props, costumes, and models from the movies that also features meet and greet photo opportunities with Darth Vader, Chewbacca, and sometimes Boba Fett.

Thanks to John Soliman, we were able to show you some great pictures from the exhibit, and waited until after Black Friday to show you the genius of the gift shop. Exiting Star Tours takes you into “The Star Trader,” with a lot of shirts, toys, etc. — but Star Wars Launch Bay has a much more focused shop, with items at a much higher premium. Star Trader is for the kids; Launch Bay is for those kids at heart whose wallets got much, much fatter. Because, really, don’t you need a $9,000 life-sized replica of a First Order Stormtrooper in your home to scare off intruders? And by scare off, I mean cause to have cardiac arrest? 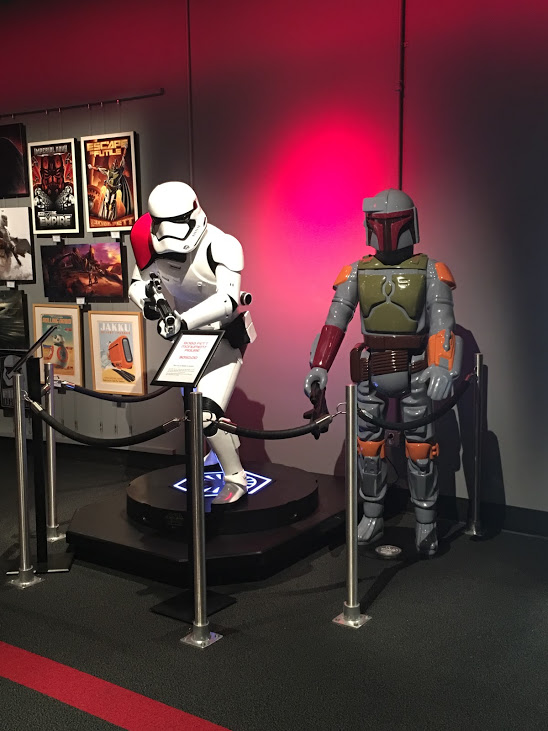 The Boba Fett replica looks cool, but as his armor also should have more texture to it, the statue looks like, well, a statue. (And we’re going to bet that die-hard fans are already lodging complaints about the costuming detail in the meet and greets, because we hate what we love.) update: as a couple of readers have pointed out, it’s actually a replica of the original Kenner action figure – though far shinier than the original. 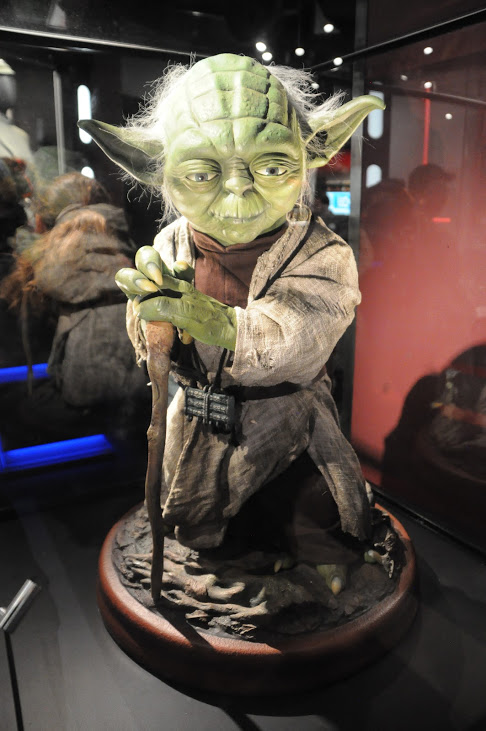 You can also costume yourself as Darth Vader for a few thousand dollars — the helmet can be purchased separately and either way, footwear not included. 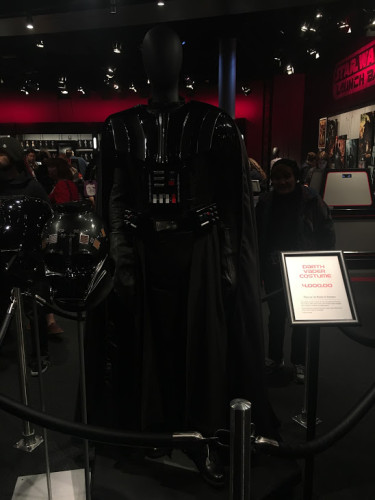 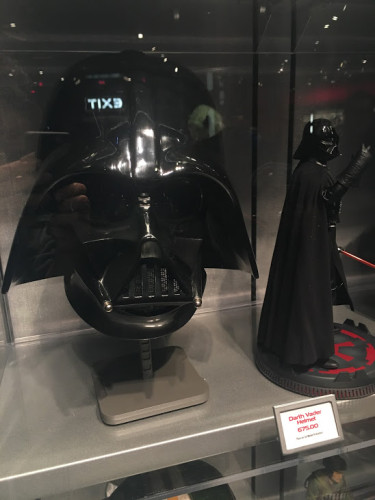 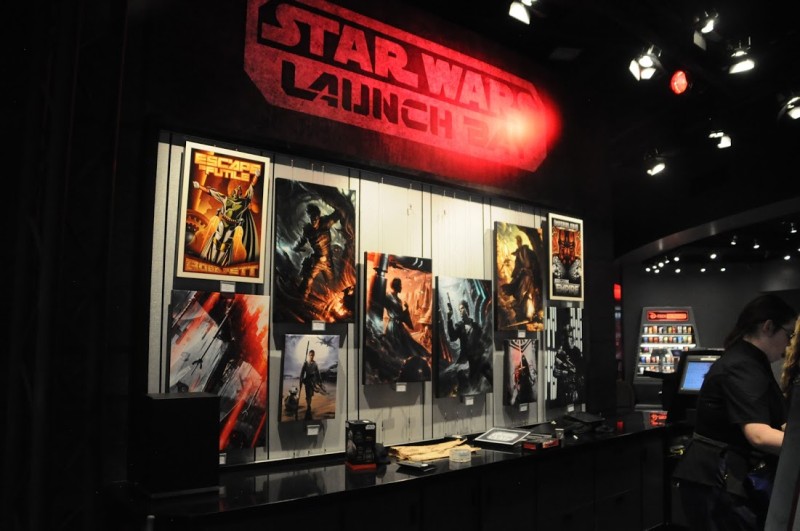 Disney also rounded up the stars and had them sign publicity shots that you can purchase. 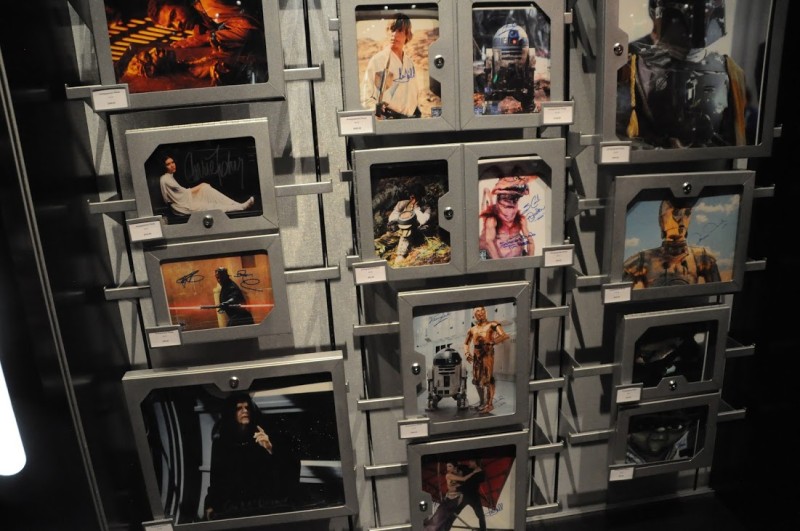 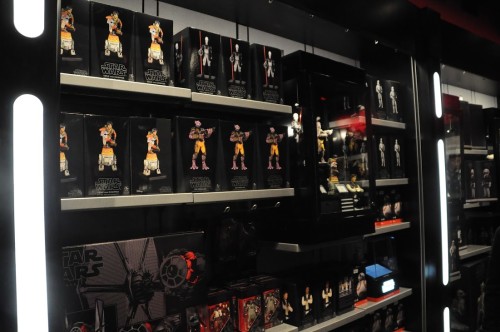 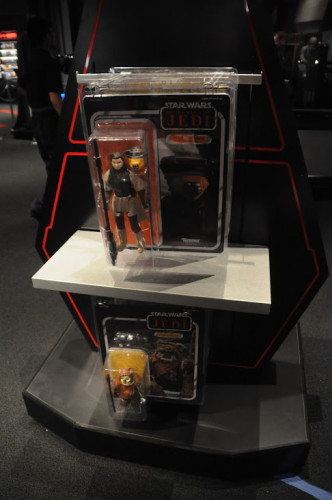 A recent addition at the parks and resorts has been the D-Tech phone case innovation. You can choose a case size for your phone, and then customize it with a variety of options that the shop will create for you while you wait. They’re in a couple of places around the resort, including Superhero HQ if you prefer your phone Marvelized, but the Launch Bay shop is all Star Wars Saga (with a few Marvel Star Wars comics covers thrown in). 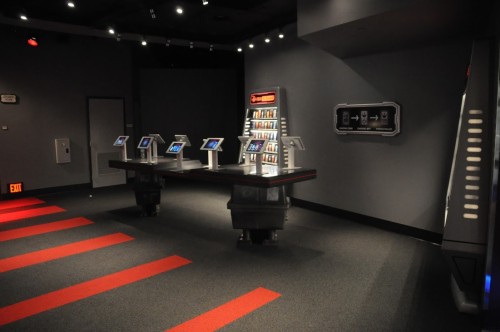 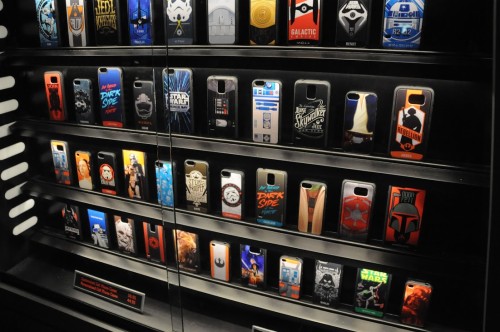 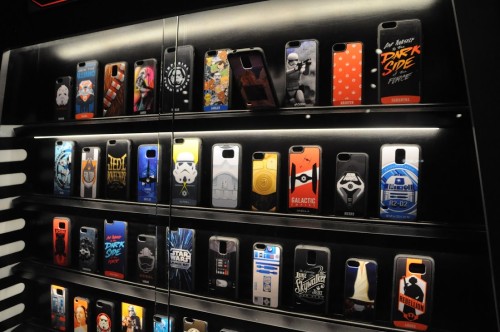 If you’re planning on going, and you’re a hardcore Star Wars fan, be prepared. The temptations are a-plenty.

Text by Derek McCaw. All photos by John Soliman.