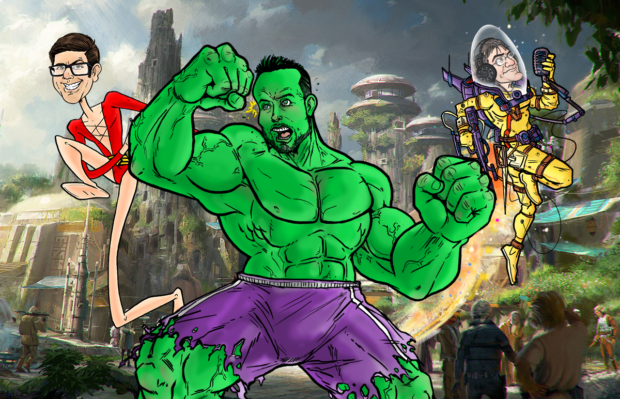 When you least expect it, the Incredible Nate!

Two words! NATE’S BACK! At least this week!

We discuss next year’s Worldcon 76 and the comics nominated for this year’s Hugo Awards:

This week’s What’s in the Bag?

– Which Brolin will be Cable?
– Do we like Jude Law as Young Dumbledore?
– Will Dolph Lundgren break Aquaman as King Nereus?
– Seth Rogen and Evan Goldberg are Invincible
– Thor: Ragnarok Trailer
– Do we have FOUR Batman movies in 2019?
– Early news from the Star Wars Celebration and winning a Star Wars experience on Omaze

– Voice recording has started on Young Justice Season 3
– One Doctor, Two Masters
– Catching up with The Expanse and our upcoming chat with James S.A. Corey
– And American Gods coming…

All that and more…