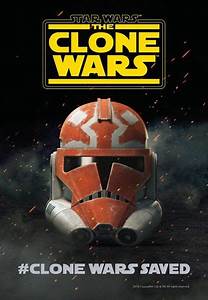 One of the most memorable surprises from Comic-Con 2018 was the announcement of Star Wars: The Clone Wars getting a 7th and final season on the upcoming Disney+ streaming service.

A brief teaser was shown during the Comic-Con panel, but this week Disney/Lucasfilm released a full trailer. They first showed it at Star Wars Celebration Chicago this past weekend at a panel moderated by series producer, Dave Filoni. The series has teased that it will pick up after the events of season 5 (season 6 was a truncated season of episodes exclusively released on Netflix) in which Anakin Skywalker’s padowan Ahsoka Tano was revealed to be innocent of the murder of Letta Turmond and has left her life of a Jedi behind her. Also revealed towards the end of the series is the reemergence of a fan favorite from the live action prequels, Darth Maul.

The season will consist of twelve episodes and will serve to tie up all loose storylines to the much beloved series, which was cut short when Disney purchased LucasFilm. Once purchased by Disney, LucasFilm went on to produce Star Wars Rebels, which will also be available on the Disney+ service. The Clone Wars will be available sometime during year one of the service, but will not be available the first day. That distinction belongs to The Mandalorian. Jon Favreau’s production will be the first ever live-action Star Wars television series.

Other titles from Lucasfilm to be available on the service will be all Star Wars films, those produced by both FOX and Disney as well as all previous seasons of The Clone Wars. Year 2 of the Disney+ streaming service will see a series based on Diego Luna’s Cassian Andor character from Star Wars: Rogue One.

Now, if only Disney+ could get the rights to Star Wars Christmas Special it would truly be a complete collection.