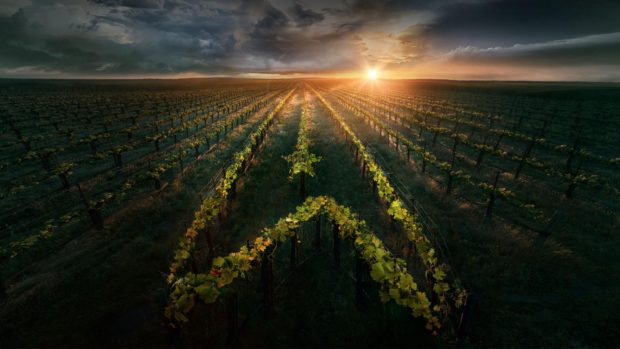 Yes, we had fun about how the title of the new Star Trek series. After months of being coy about what they would call the show that sees Sir Patrick Stewart returning to the role of Jean-Luc Picard, CBS announced that it’s called… Star Trek: Picard.

Maybe that wasn’t the most difficult thing to predict. But what seems to be coming to fruition is original Discovery showrunner Bryan Fuller’s vision: that Star Trek would be an anthology. The nature of television has changed even since the last broadcast Star Trek series, Enterprise. Let’s not see Star Trek: Picard as a separate series so much as the second story in CBS All Access’ Star Trek anthology, told over several episodes. (Let another installment be the continuing adventures of Captain Pike on the Enterprise, please.)

In the trailer released today, a woman narrates as we see bucolic images from Picard’s long-dreamt retirement — working in a vineyard. Despite the presence of some aerial watering, these are scenes that could be from fifty years ago. Is the narrator Sonequa Martin-Green, Michael Burnham from Discovery? The cadence sounds familiar as she describes Picard’s greatest triumph with Starfleet… and then a mystery that led him to withdraw from that life. (If that is Burnham, well, that’s interesting in light of Season 2 of Star Trek: Discovery.)

CBS All Access has not announced an official start date, but we do know that unlike Discovery, Star Trek: Picard will be carried internationally by Amazon Prime (outside the US and Canada), and in Canada by channels Space and Z. The series will also star Alison Pill, Michelle Hurd, Evan Evagora, Isa Briones, Santiago Cabrera and Harry Treadaway. Stewart executive produces along with Alex Kurtzman, Michael Chabon (who wrote the Short Trek episode “Calypso”), Akiva Goldsman, Rod Roddenberry, and Trevor Roth.

(And yes, full disclosure — you can subscribe to CBS All Access through the ad on the sidebar.) 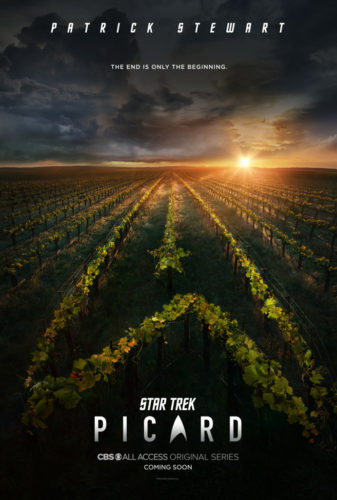