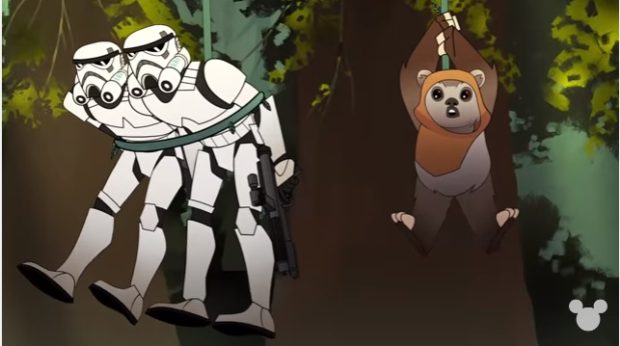 We got two episodes that built up Rey’s character a little bit, but mostly served as quick little kids’ stories about what happened to her when she first met BB-8. The third episode of Forces of Destiny turns the focus to Leia, the one character whose bona fides have been well established. And if there was any doubt that this is aimed as kids, it’s obliterated by the focus really being on Ewoks. But at least Leia gets to be the hero.