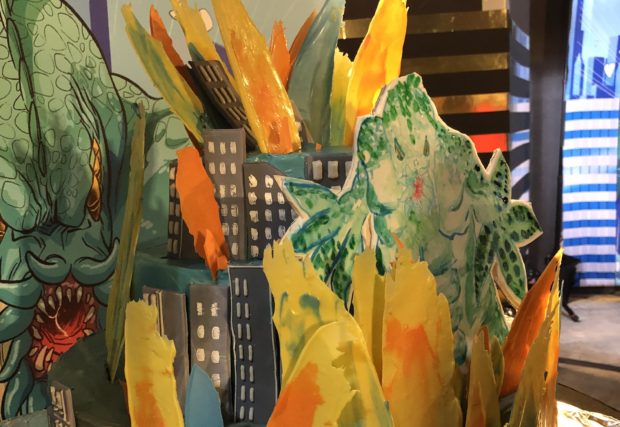 When your skills as a kaiju-wrangler are all that keeps the world going, you need to be acknowledged in a big way. That’s not exactly the plot of Sam Humphries and Miralti Firmansyah’s Goliath Girls from Comixology Originals, but it’s close. The world has been overrun by giant monsters, but some humans of the “Kaiju Generation” can control certain goliaths, working to end the Forever War. In the real world, that means we should celebrate with cake. 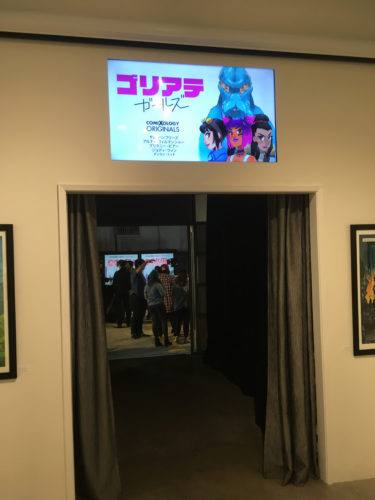 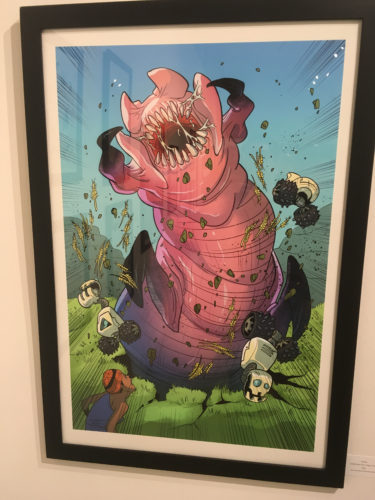 To honor the release of Goliath Girls #2 on Comixology (available on Kindle for $2.99 and free on Amazon Prime), Comixology teamed with the Hero Complex Gallery in Los Angeles for a gallery presentation showcasing Firmansyah’s art. Launching that event, The Great British Baking Show‘s Kim-Joy Hewlitt hosted a reception and decorated a cake to give a third delicious dimension to Firmansyah’s creations.

Of course, kaiju don’t eat cake. They smash buildings. So the back patio of the Hero Complex Gallery was decorated with cardboard buildings and paper cars. At the cue of Kim-Joy and Goliath Girls co-creator Humphries, guests were invited to go kaiju on the buildings, smashing and crushing with abandon. Among the guests demolishing buildings were writer/producer Marc Bernardin and writer/director Nicholas Brandt. Even Comixology Head of Content Chip Mosher got into the act, most triumphantly. 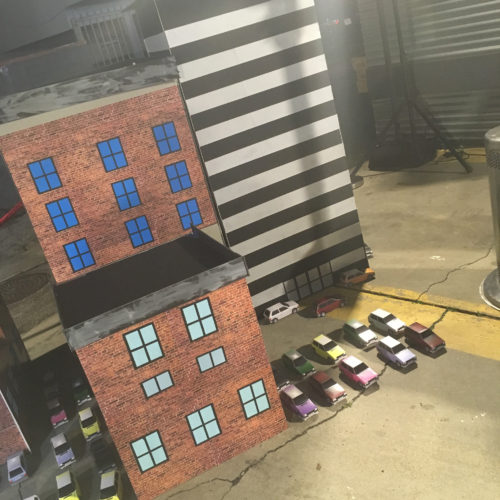 The city is peaceful under the too-bright streetlamps… 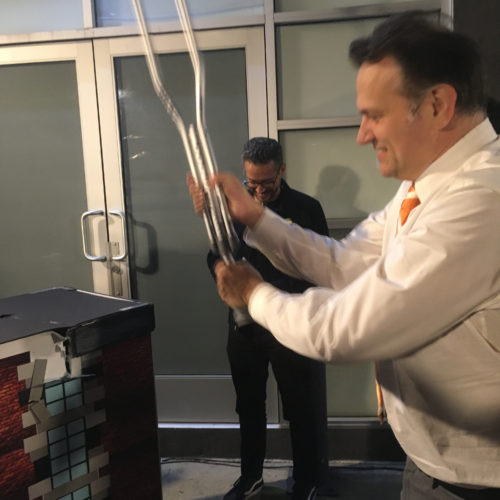 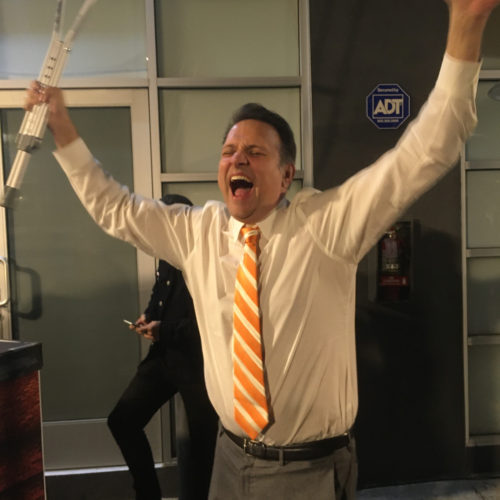 Chipmosher emerges, King of the Kaiju 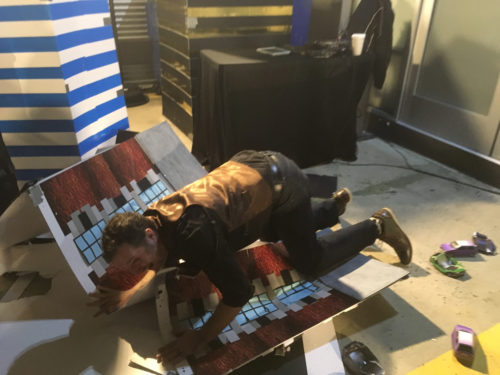 The festivities ended with one lucky attendee getting the chance to smash the cake, because… well, why not?

If you happen to get over to the UK, Kim-Joy’s partner Nabil co-owns a small chain of comics and games shops in the UK, Travelling Man. Stop by and tell them Fanboy Planet sent you. One of these days, that’s going to work. In the meantime, you can and should also enjoy Goliath Girls, a fun book that showcases Firmansyah’s versatility in working a few different styles, supported by Humphries’ lighthearted end of the world scenario. Don’t let Kim-Joy’s cake sacrifice be in vain. 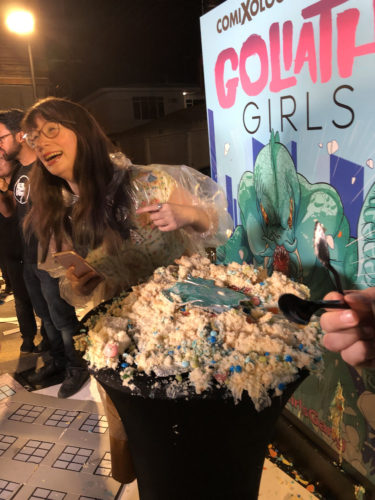