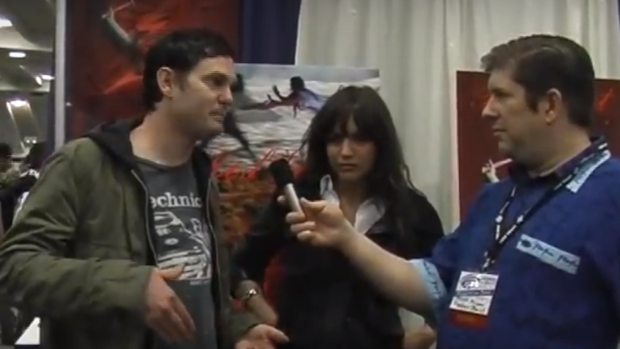 A creepy guy at a laundromat starts telling a nightmarish story of a strange killer at a lake…and soon fantasy and reality start to merge. Maybe those aren’t ketchup stains on his shirt…At Super-Con, the horror film Red Velvet received its San Jose premiere. We’d had the chance to talk to two of its stars at WonderCon, Henry Thomas and Natalia Baron. Thanks to bad timing on our part, none of us have seen the film yet, but every little piece we catch a glimpse of looks appropriately and coolly frightening. You can see for yourself at www.redvelvetmovie.com.