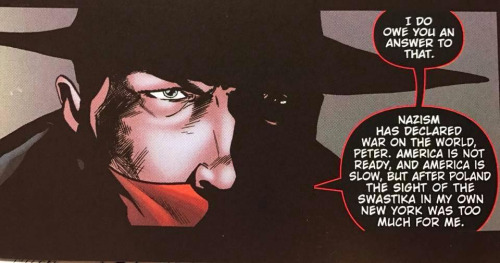 Writer David Avallone blogged this piece late last week. With his permission, we reprint it here.

Almost all the comic book writing I’ve done in the past year has been set in the 1930s. I am a big fan of historical accuracy, so I do a lot of research, and as always… research adds immeasurably to the story.

For The Twilight Zone: The Shadow, I decided that starting in 1939, maybe Nazis would be a good set of villains to plug in. Thing is… the Shadow works out of Manhattan. I toyed with doing a “Shadow In Europe” angle, but that seemed contrived. I knew there had been American Nazis, like the German-American Bund, so I did some research on them, and found Camp Siegfried (among others), a crazy Nazi summer camp in freaking LONG ISLAND. The photos are insane. Swastika topiary, swastika-adorned quaint lodges, fashionable pseudo-Nazi uniforms all around.

I shared all this visual research with my artist, Dave Acosta, and he recreated it all perfectly, as you can see below. 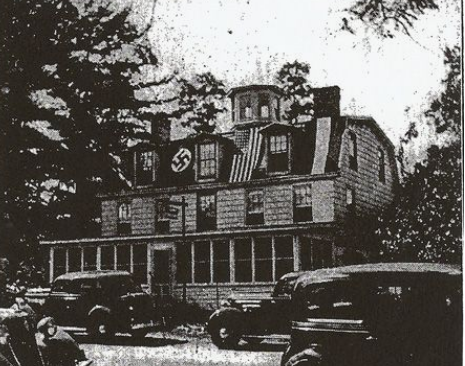 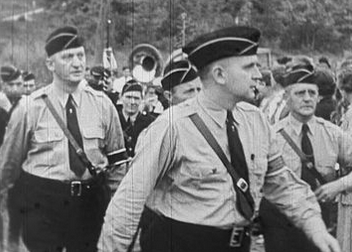 Here’s where we get the ironic “Twilight Zone” twist: virtually every review I read of the book assumed the 1939 American Nazis were something I made up. Some even thought the story took place in a parallel universe, ala The Man in the High Castle. A surprising number didn’t take the two seconds to google “Camp Siegfried” before labeling it “fictional”. 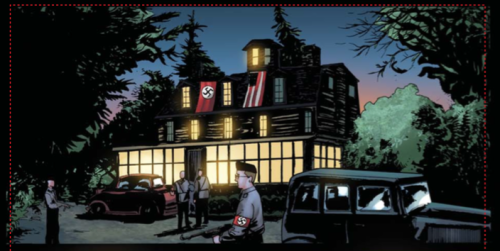 Well… it wasn’t. This morning, Cracked magazine did a piece on crazy Nazi crap and Camp Siegfried made “number one” on their list. I wish they’d published it a year ago.

I learned a lesson about research and historical accuracy but I haven’t yet figured out how to apply it. How do I tell the audience, “no, I promise you this is a real thing?”

I’m still working on that. However… the adversary in my next series, Doc Savage: Ring of Fire, is entirely fictional.