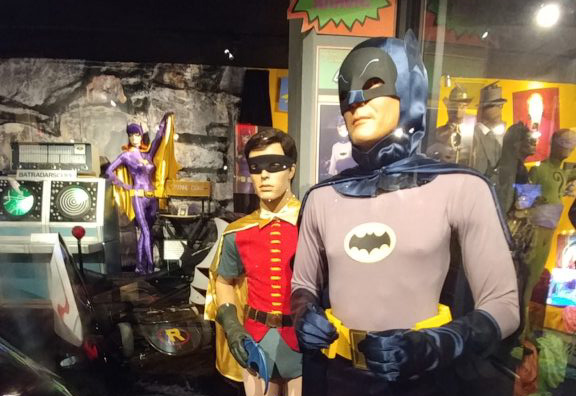 Like many of us, Hollywood Museum founder Donelle Dadigan grew up watching Adam West and Burt Ward as the Dynamic Duo. Two among many of her Hollywood heroes, they made an impression not just on Dadigan, but on American culture. Though lots of us have been fans and collected memorabilia from what is now known as Batman ’66, Dadigan was in a unique position to celebrate the show and its impact.

Having taken over the historic Max Factor building on Hollywood and Highland, the Hollywood Museum celebrates movie and television from the silents to high-definition. For that alone it would be worth the attention of fans, a panoply of costumes, set pieces, props, and more that have something for everyone. But for the next three months — and maybe longer — the Hollywood Museum should be descended upon by Batfans, because this is the first time that the show (and movie) has been officially celebrated and honored with a curated museum exhibit. 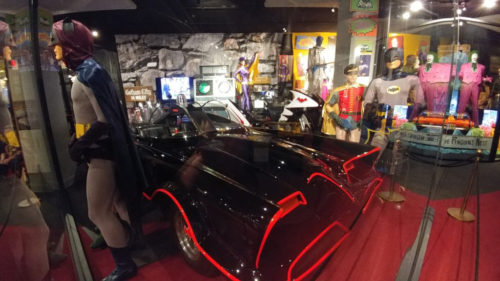 Though on January 10 there was a VIP preview attended by Burt Ward (Robin), Lee Meriwether (the movie’s Catwoman), and Barbara Rush (Nora Clavicle), the exhibit officially opened on January 12, the 52nd anniversary of the series’ TV debut. And it was worth the wait. 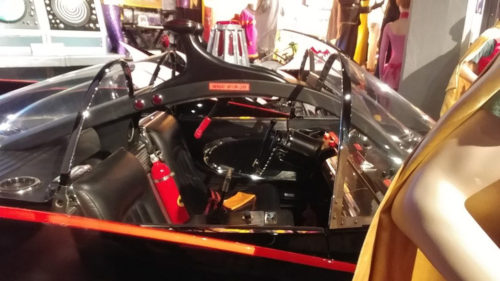 For the first time, you can see the official Batcycle alongside a George Barris-approved replica of the Batmobile (the originals could not be loaned out for the full duration of the exhibit), surrounded by mannequins wearing original costumes from the show. That includes the major villains, and a few obscure ones, all designed by Jan Kemp. We praise modern CW shows for adapting comics costumes; we should be lauding Kemp for going all out for accuracy in the first place. 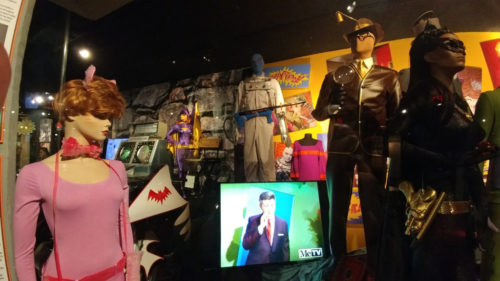 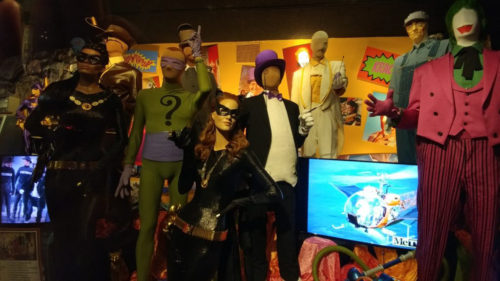 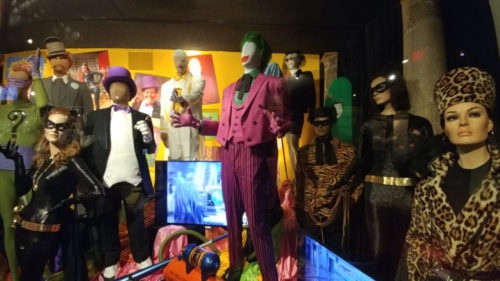 The exhibit includes plenty of original props, some placed in a replica of Bruce Wayne’s study. (Would somebody please create a playground with the batpoles? And make it safe for adults?) 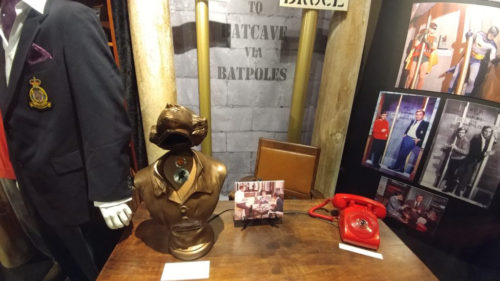 Most importantly, the complete set of marine life repellents that memorably saved Batman’s life in the 1966 film are gathered. Never, never fight crime on the high seas without them. 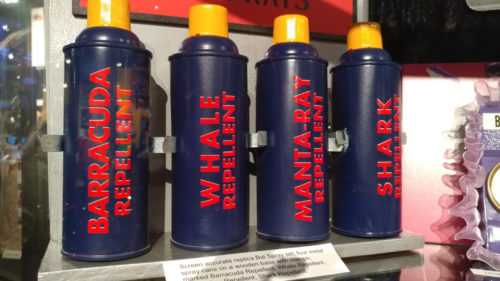 Many of the items on display are on loan from collectors, and that may be the most fun part of the exhibit: seeing toys, games, and collectibles that you might have owned. There are some real holy grail items for Batman fans — and not just items from the show. 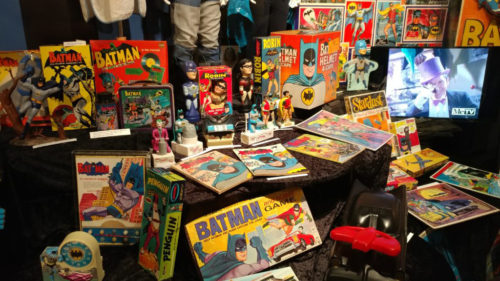 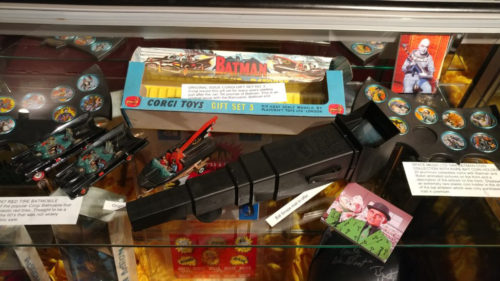 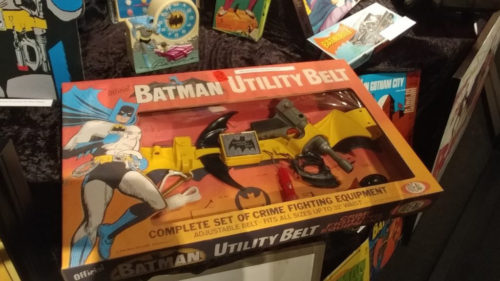 Dadigan shared that there is the possibility that the exhibit could expand if more memorabilia becomes available — I’ll call out right now that I know of at least two major Bat-collectors who definitely have a couple of pieces that would be really cool to see. 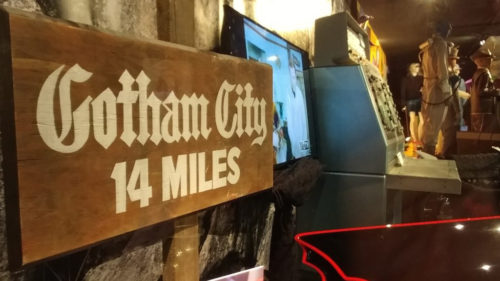 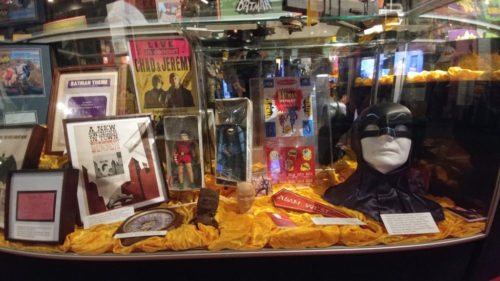 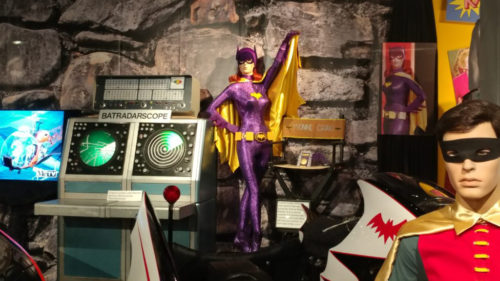 Whether it expands or not, this retrospective exhibit is worth a trip to Hollywood — or should we call it a Bat-Pilgrimage? If you hurry soon, you can even head over to the world famous Pink’s Hot Dogs for a specially-themed concession. (Also, you can catch Batman on METV Saturdays at 10 and 10:30 p.m. — same Bat-time, same Bat-channel.) 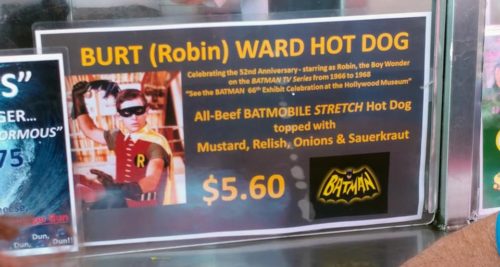 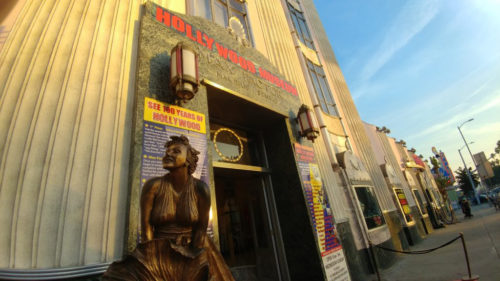 All photographs by Ric Bretschneider