Wes Anderson’s latest film, Isle of Dogs, opened this past week in limited release to rave reviews and is destined to be another Anderson cult classic.

Anderson’s second foray into stop-motion animation (2001’s The Fantastic Mr. Fox), has received near universal acclaim, currently at a 94% on rotten tomatoes. In limited release last weekend alone, the film made 1.6 million in 27 theaters at an average of $58,136 per average per screen (the highest per average per screen). The film will open wide on April 6th. 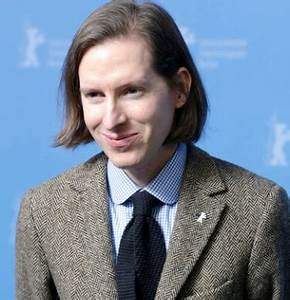 The film opens in a dystopian future in Japan, where a dog virus spreads throughout the canine population. The new Mayor, Kobayashi, bans all dogs to Trash Island, despite the pleas of a scientist insisting he is close to finding a cure. The first dog to be banished to the island is Spots, who belonged to Kobayashi’s nephew, Atari. Six months later Atari runs away from home to find Spots, and after a crash-landing he is rescued and helped by five rescue dogs.

Meanwhile, foreign exchange student, Tracy Walker (Greta Gerwig), not only believes she is close to finding a cure for the epidemic, investigates the conspiracy behind the governments plan to keep the dogs on the island no matter what. Atari gets especially close with Chief (Bryan Cranston), a stray dog, who helps him in his quest to find Spot but also lets Chief find his place in the world.

Isle of Dogs will be sure to please the Anderson devotees and is an early-front runner for Best Animated Feature. 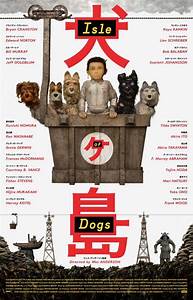