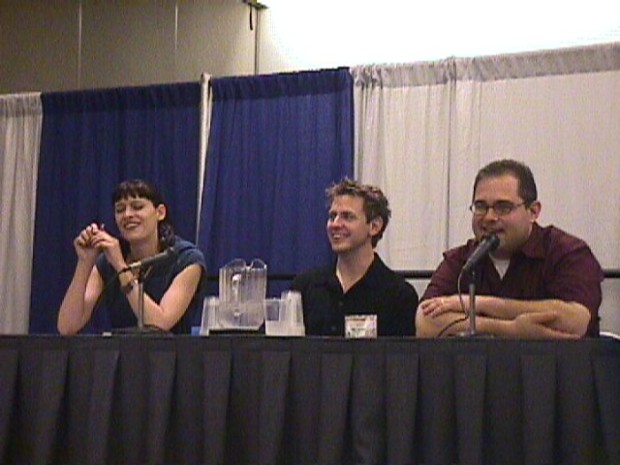 As we switch over to Fanboy Planet 3.0, we’ve got a LOT of old interviews and articles to convert. What is presented here was an interview I did with James Gunn in the first year of Fanboy Planet — the first time I talked with him was in 2000, before Fanboy Planet started and I worked for the late Daily Radar. The text below originally ran on Fanboy Planet in 2001.

, an hilarious superhero mockumentary which he wrote and co-starred in with Rob Lowe. At the time, he was mostly known for his work with horror shlockmeisters Troma Studios, masterminding their classic Tromeo and Juliet. He had just been asked to take a stab at a little film project for Warner Brothers called Scooby Doo. Maybe you’re familiar with it. Maybe you’ve mocked Freddie Prinze, Jr. for being in it, but there’s no way you don’t want to see Sarah Michelle Gellar play Daphne. Since then it’s been a very good year for James. The script for Scooby Doo got the greenlight just days after his marriage. His novel The Toy Collector, loosely (very loosely) based on his childhood, garnered critical acclaim. Warner brought him in to work on 13 Ghosts, and now he’s about to take on a project that many film fans call crazy: writing a remake of George Romero’s classic Dawn of the Dead. Actually, calling him crazy may be one of the kinder things said about him on the internet in the last few days. Taking time out to answer a few e-mails from us, James answers questions about his sanity, his “special place in hell” for remaking a classic, and a few other happenings.

Derek McCaw: So are the rumors true? You’re writing the remake of Dawn of the Dead?

James Gunn: I am indeed writing Dawn of the Dead, and I’m way, way into it. It’s a different take from the original — which is one of my all time favorite films — but using the central concept of the few survivors of a flesh-eating apocalypse trapped alone in a mall. I’m writing it as a film to work side-by-side with the great Romero’s film, though meant to work with it. I’m excited about bringing the gore to a new level with CGI effects and having a larger budget to play with than the original film did. The screenplay focuses on the nitty-gritty of surviving in this world, treating the subject matter as if it were totally real — i.e., this ain’t no campfest. It should be terrifying and funny and sick as hell.

JG: At first I was hesitant about doing a remake — I used to think that remakes of movies that were successful in their original versions were unnecessary, but for some reason I was lit up by Dawn of the Dead. I could see a different take on the same subject, with more survivors and more of a focus on surviving in a world where the rules have totally changed. I also saw a chance to do something in the horror genre that was very different from the teen romps of the past few years. Tonally, it’s a return to the great, gritty horror films of the ‘seventies, aligned modern day special effects and a sizable budget.

DM: What re-makes have really worked?

JG: For me, I think ‘The Thing’ and ‘Invasion of the Body Snatchers’ are two good examples.

The original Thing — the one produced by Howard Hawks — is a great movie. It was the very first time naturalistic dialogue and naturalist acting styles were used in a horror film. Then Carpenter came along — who I love and have worked with before — and made an even better film than the original.

Also, the original ‘Invasion’ is probably my favorite horror film of all time. The second version, the Kaufman version, isn’t quite as good a movie — but it is a fine film in itself, and works great as a separate film from the original, as well as being viewed beside it.

DM: I’m not sure what you mean by it will work side-by-side with Romero’s original.

JG: What I mean by “works with the other movie side by side” is simply that hopefully you’ll get a fuller picture of my movie by watching both versions — that the second can work to bring out some of the beauty of the first. Scorsese’s Cape Fear, though not a great film, works well like that. If you watch both Cape Fears back to back, you’ll enjoy Scorsese’s version (and maybe even the first film) much more — his film is simultaneously its own story and a commentary on how life has changed in between the two films.

DM: And as Romero himself seems to be struggling to get a fourth Living Dead film going, how do you feel that affects this project, and vice versa?

JG: I would love for this new Dawn of the Dead — both the development of the film and perhaps an actual film down the road — to help bring more attention to Romero, his career, his films, and his future projects. That would be awesome.

DM: With a movie like The Specials, you were obviously on the set all the time and, thoug 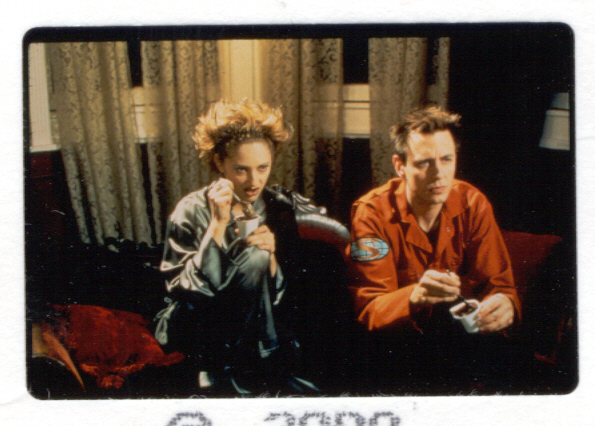 h there was a little improvisation and of course you trusted Craig (Mazin, the director), you had control over the words. How was it going from Troma and Mindfire to Warner Brothers with Scooby Doo?

JG: I love Craig, and he stuck to my script almost exclusively on The Specials, but my vision of how The Specials should be filmed wasn’t really taken into account. Scooby-Doo was a much bigger property, and I had to play around with the script a lot more, but the producers and the director were extremely respectful of my words and, to a fair degree, how I saw the movie. My words on casting were not always heeded, but they were always listened to.

No one beats Lloyd (Kaufman, president of Troma Pictures), though — he let me do most anything, as long as lesbian sex was involved in some way. But, hell, there’s a lot of give and take on all these projects.

DM: And how about 13 Ghosts? How was your experience with that?

JG: On 13 Ghosts I did a couple weeks rewriting the dialogue. I don’t deserve a credit, and I’m pretty sure I won’t get one. Rich D’Ovidio did most of the hard rewriting work. It was fun, though.

DM: With all the negative coverage you’ve received from some websites, what do you wish that sites including this one, would do better?

JG: I can’t really say. Better grammar and spelling would help. I do wish sometimes that they would stick to reviewing scripts in production, if at all, but I obviously have a lot of stock in that personally. First drafts are meant to be written taking chances, and if writers have to be worried about their scripts being reviewed on the net after one draft, I think it could adversely affect filmmaking as a whole, even if only in a slight way. But, then again, what do I know? I take on these projects that are near and dear to people’s hearts and then expect them not to be afraid? No way. If I heard there was going to be a Dawn of the Dead remake three years ago, I probably would have been on the message boards myself with more than a little cynicism. I was furious when I heard Wings of Desire was being remade (as the Nicolas Cage weeper City of Angels). In fact, I’m still not so happy about that one.

I could rationalize all the reasons it’s good to do this movie, but it comes down to that I feel good about this project. It feels right, both in the timing of the external world as well as my internal state. I see the possibility of something special and intense, and I’m doing my best to make that happen.