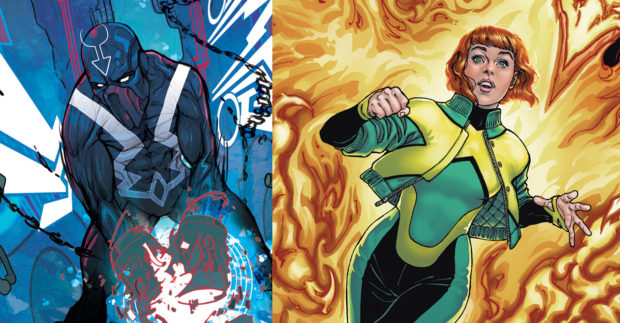 Poor Marvel — they’ve gotten a lot of the wrong kind of attention this past week, bemoaning low sales and (partially) blaming it on diversity NOT being what fans want. I’d argue that it boils down to a splintered market — too many titles and conversely, too many of them good.

Case in point: I like the X-Men. I like the Inhumans well enough. For that matter, I like Deadpool. But I can’t buy three or four team books for each, plus solo books, plus specials, plus guest appearances plus variant covers and still support other characters that I like. (So let me plug, specifically, Ms. Marvel and Spider-Man and Champions as just three of the titles I think that Marvel is doing right.)

Do I need a Jean Grey solo title? Do I need a Black Bolt solo title? Take a look at the covers and the art, and decide for yourself. They look like they could be good books, with good writers and artists attached; I’m just exhausted. 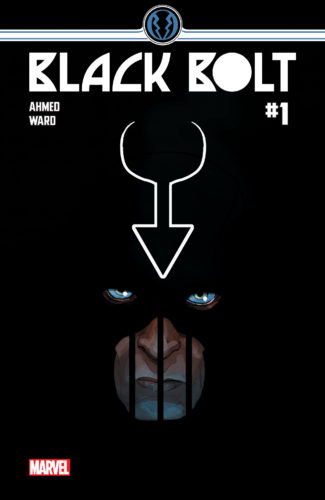 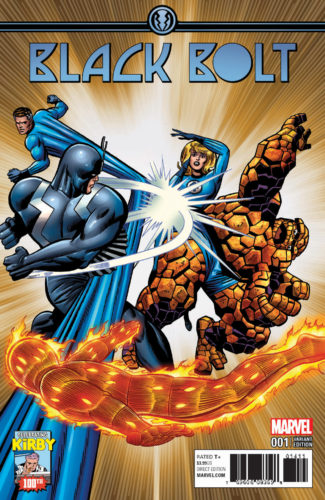 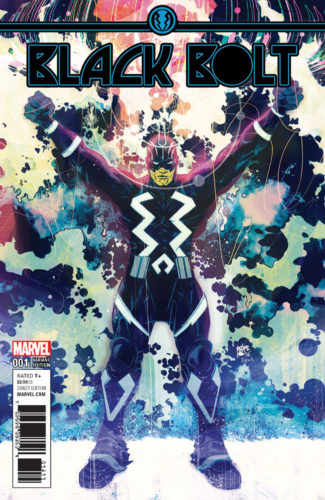 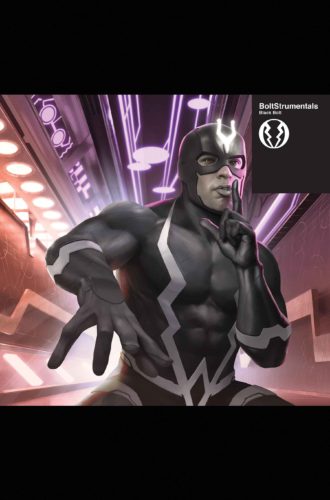 From Marvel about Black Bolt #1:

The King of the Inhumans – now in his very first solo series! Today, Marvel is pleased to present your first look at BLACK BOLT #1 – the new series launching on May 3rd. Award-winning science fiction author Saladin Ahmed (Throne of the Crescent Moon) makes his Marvel debut alongside fan-favorite artist Christian Ward (Ultimates) to take you deep inside the mind of the silent monarch of Inhumanity. With a voice that can crack a planet in half, he’ll find himself somewhere he never thought possible – imprisoned at the edges of the cosmos!

The newest resident of a prison designed to house the most dangerous criminals in the galaxy, Black Bolt must find out how he ended up here and who imprisoned him. But first, he’ll have to survive a fight to the death with a fellow inmate – The Absorbing Man! It’s time for the Midnight King to plot the impossible: an escape! That is…if he survives. Prepare for a truly mind-bending sci-fi epic unlike any other when Ahmed & Ward bring you the can’t-miss BLACK BOLT #1 – on-sale May 3rd! 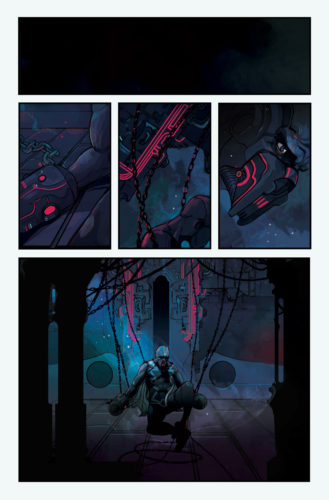 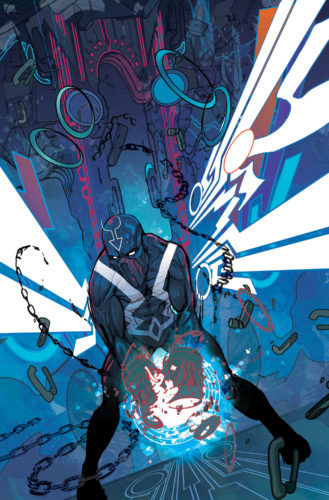 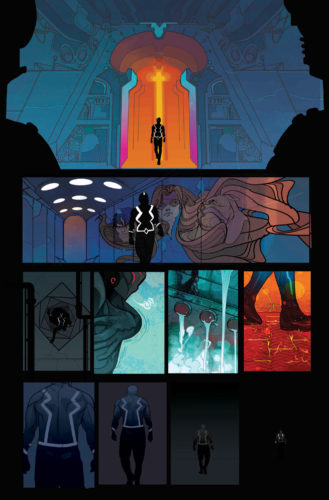 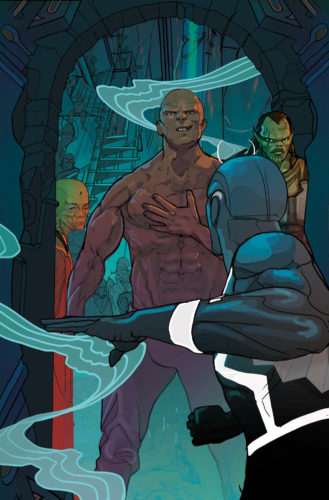 From Marvel about Jean Grey #1: 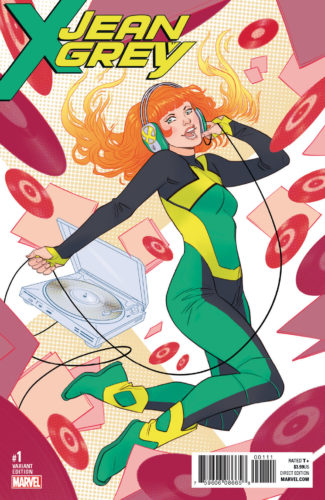 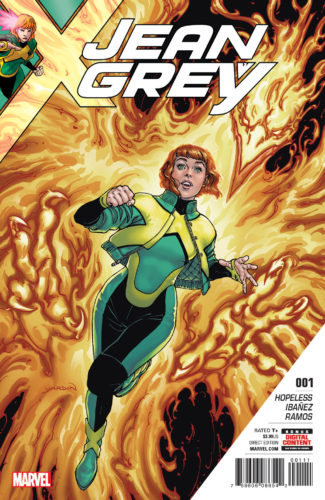 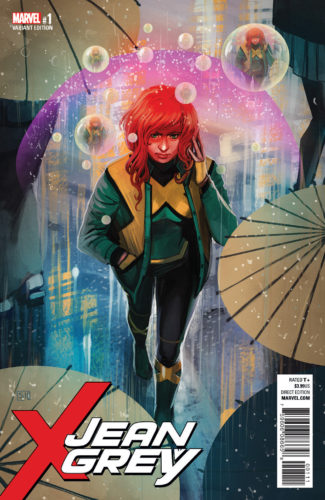 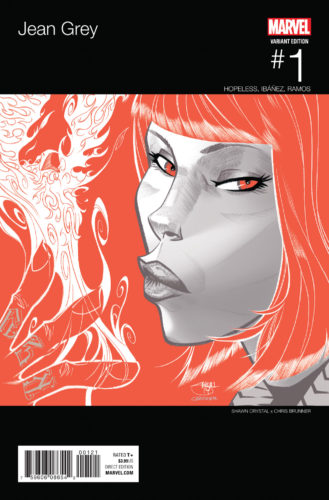 Like the Phoenix before her, Jean Grey rises from the ashes this May to headline her very first ongoing series! Today, Marvel is pleased to present your first look inside JEAN GREY #1 – the new series launching on May 3rd! Blockbuster creators Dennis Hopeless (All-New X-Men, X-Men: Season One) and Victor Ibanez (Extraordinary X-Men, Storm) take the fiery young heroine on her own journey in preparation for the fight of her life!

A vision. A premonition. A warning. The Phoenix is coming back to Earth. It could be tomorrow, it could be years from now. But it’s on its way. Determined to not succumb to the fate that befell her adult counterpart, Jean will fight the future and forge her own destiny. One problem – she’s not ready. Not even close. So, on a quest to save her own life, she’ll travel across the Marvel Universe, honing her gifts under the tutelage of the greatest heroes and teachers. Even that may not be enough. Can Jean ever hope to escape the Phoenix? Or is the cycle of death and rebirth doomed to repeat itself? The heat is on this May as Jean Grey sets out on a journey that will turn her world upside down.

Because if she fails – all is lost. Don’t miss JEAN GREY #1 when it comes to comic shops and digital devices on May 3rd! 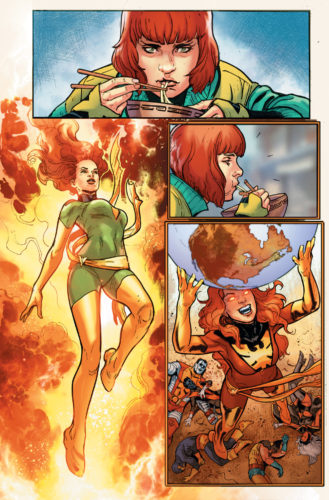 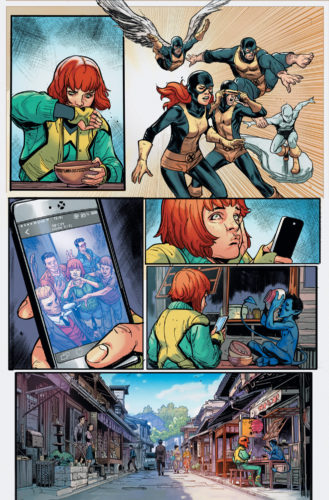 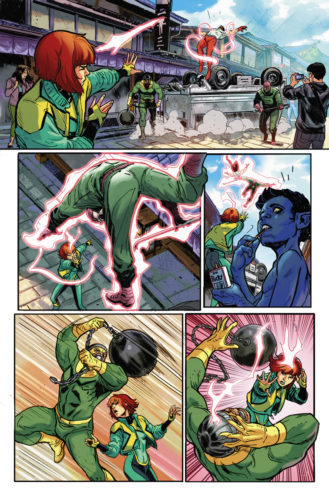 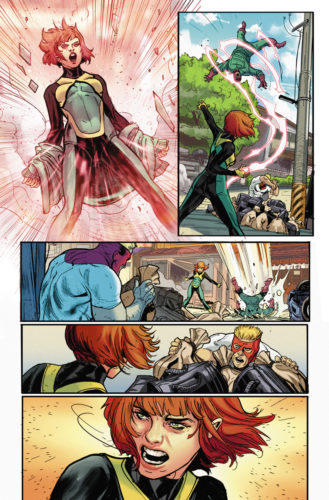 And I don’t know, but maybe Marvel should just go ahead and do a paper dolls book… 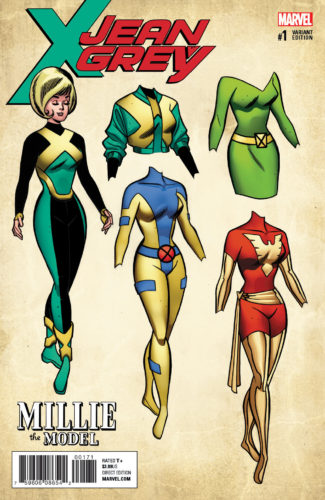