The character of Kal-El is inarguably one of the greatest ever created, for any medium. Kal-El. of course, is Superman, Superman who has been the lead in comics, novels, graphic novels, films, TV shows and of course occasional merchandise. SYFY’s latest show, Krypton, doesn’t star Superman (despite its plethora of Easter Eggs), but rather the origins of his birthplace.

The pilot, co-written and developed by David S. Goyer (Batman Begins, Man of Steel) offers a lot to unpack in 45 minutes. The shows revolves around Kal-El’s grandfather, Seg-El (Cameron Cuffe), in his early twenties when the show takes place. The family of El has a long storied history on Krypton; however, due to Seg-El’s own grandfather’s actions the El family has lost its rank, which basically drops the family from Royalty to the middle class. Seg-El’s journey in the pilot alone goes through three major deaths for motivation going forward, as well as getting a visit  from a complete stranger who literally gives Seg-El the keys to the fortress. 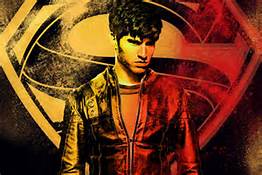 Where the pilot falls flat is in its pacing and outright number of plot lines the show is already introducing, when it really should have just been focusing on introducing Seg-El. The death of Seg-El’s grandfather and both parents could have definitely been drawn out at least through a couple of episodes. When you finally get more information on Seg-El’s mother, and are finally more interested in that relationship, it immediately ends.

Seg-El also gets betrothed to Daron-Vex’s daughter, Nyassa-Dex (Daron-Vex is the chief magistrate on Krypton who has a history with the El lineage). Not only does Seg-El get betrothed and potentially back into the royalty class, we find out he is having a clandestine affair with Lyta Zod, whose mother, Alura Zod, happens to be in charge of the Krypton army. (Another interesting Easter egg, Alura shares her first name with Alura Zor-El, the mother of Supergirl).

While the pilot is a little uneven, SYFY appears to be sparing no expense to the show. Its production design at times feels as if you’re seeing Krypton as if it was in Man of Steel, the 2013 film (Where Goyer said he first got the idea to do a prequel show about Superman’s home planet). The pilot also throws in one of Superman’s (future) nemeses, Braniac, who appears be one of the main antagonists of the show.

Throughout the episode I kept having flashbacks to how hard it’s trying to be like Gotham, another show inspired by DC’s comics, which tells the story of Bruce Wayne’s residence before he takes on the role of the Dark Knight. While the pilot may be a little uneven, it is clear that with an already built-in fanbase and the producers’ loyalty to the source material, Krypton will be given room to finds its cape. 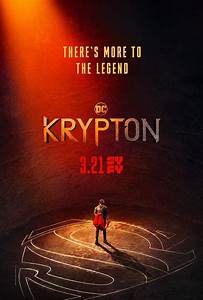