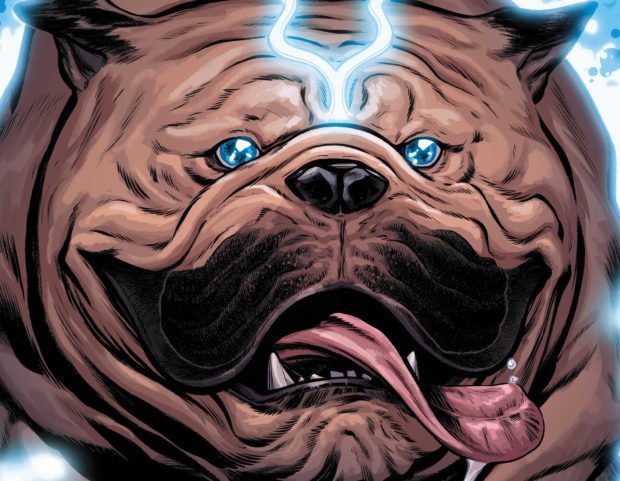 This is the week Marvel goes to the dogs. The publisher announced today that the cuddliest of all Inhumans will get his own solo book in February, written by the appropriately named Daniel Kibblesmith. What’s there to say except what I usually say when a book like this shows up — we need more of them, comics that will be easy jumping on points and hopefully fun for kids. I think Disney probably thinks so, too. This book also promises a semi-revival of D-Man, a character I think could be retooled into someone really cool for these times.

Let your local retailer know you’re interested, but don’t bark too loudly about it.

He’s been a breakout star since he could bark, a faithful sidekick to his Inhuman masters, and has helped protect an empire. Now, he’s got his own mission to take on — Marvel is excited to announce LOCKJAW #1, a new four-part mini written by Daniel Kibblesmith with art by Carlos Villa.

When Lockjaw finds out his long-lost siblings are in danger, he’ll embark on a journey which will result in a teleporting, mind-bending adventure. “We’re super excited about this book. Daniel Kibblesmith—a hilarious writer who works on The Late Show and recently published a book called Santa’s Husband—has cooked up an incredibly fun, heart-filled romp around the Marvel Universe,” said series editor Wil Moss. “Back in BLACK BOLT #5, writer Saladin Ahmed and artist Frazer Irving finally settled the mystery of Lockjaw’s origin: He’s definitely a dog, birthed by a dog, who happens to have the power of teleportation. But now we’re going even further: How did Lockjaw obtain that power? And is he really the only Inhuman dog in the universe? So in issue #1, we find out that Lockjaw’s got brothers and sisters. From there, we’ll be following everybody’s best friend around the universe as he tracks down his siblings—along with a surprising companion, D-Man! It’s gonna be a fantastic ride, all beautifully illustrated by up-and-comer Carlos Villa! So grab on to the leash and come with!”

You heard us: Grab a leash, prepare your mind, and teleport along with Lockjaw when LOCKJAW #1 hits comic shops this February! 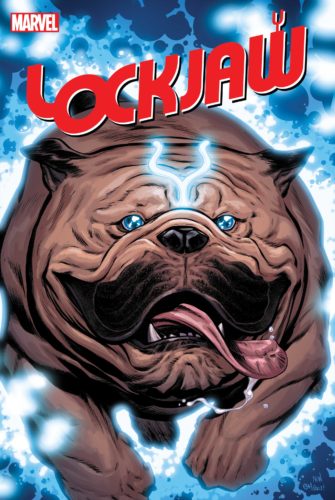