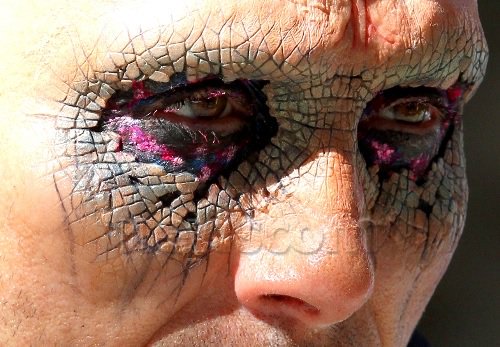 Director Scott Derrickson has called a wrap on principal photography for Doctor Strange this past weekend, and it seems to have celebrated by sending out all kinds of photos of characters in costume on the streets of New York. Heck, Benedict Cumberbatch even showed up at Jim Hanley’s Universe in full costume. This was just in case anybody hadn’t heard that the production was in town. 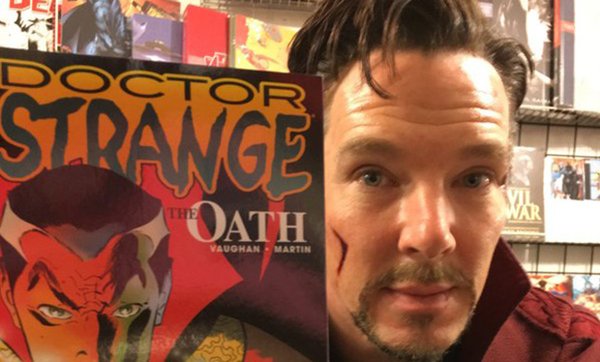 Lucky Bryan K. Vaughan and Marcos Martin for the shout out.

It almost feels staged, considering how much secrecy Marvel usually shoots under. Maybe Cumberbatch is in trouble for all these photos, or maybe it’s a new era for Phase Three of the Marvel Cinematic Universe. Because this morning, a ton of photos leaked out of Mads Mikkelsen in costume and make-up as the alleged main villain in Doctor Strange — still unidentified. All Marvel Studios head Kevin Feige has said is that he is a sorcerer who starts his own sect, believing that the Ancient One (Tilda Swinton) is hoarding all the power. (Technically, sounds pretty much like Mordo to me, but Chiwetel Ejiofor appears to be fighting by Cumberbatch’s side in earlier photos this weekend.) 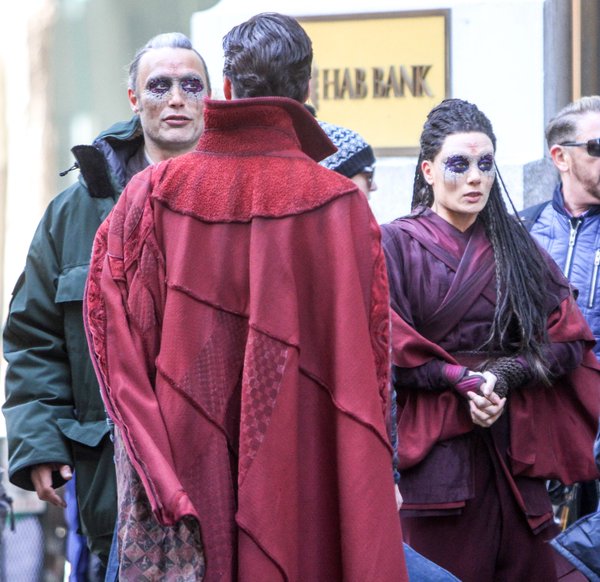 So who is he? First, let’s lay out that it’s likely that what we’re seeing here isn’t the final product. It’s a make-up base, and pretty disturbing, but possible that there will be post-production work that could add, say, a flaming head or nebulous dark force swirling around. Because even with the presence of Baron Mordo, who isn’t the villain, it just seems unlikely that a Marvel movie wouldn’t use one of the major villains from the comics.

If Mikkelsen isn’t Dormammu, who usually appears in hues of red, the purple and black could make a variation on Nightmare. Or maybe not, because at least one other cast member has similar make-up. Maybe he really is a character nobody knows before, and the Marvel Cinematic Universe is moving into new territory creating new villains that could be used by the comics. Does that seem likely? Just because it hasn’t happened yet doesn’t mean it won’t. 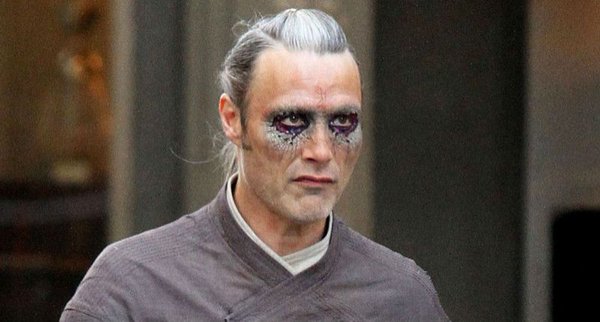 In the meantime, enjoy. And be careful who you bump into at your local comics shop. It could be a star doing research. 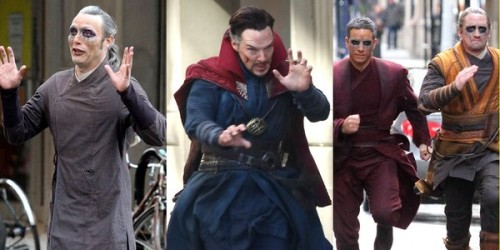 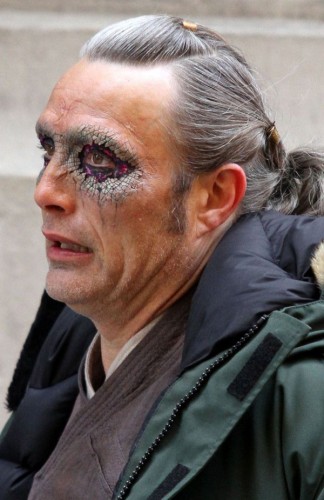 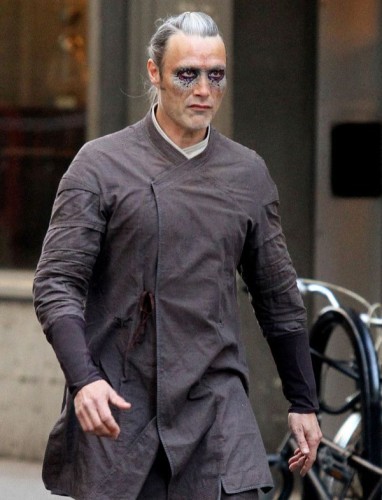 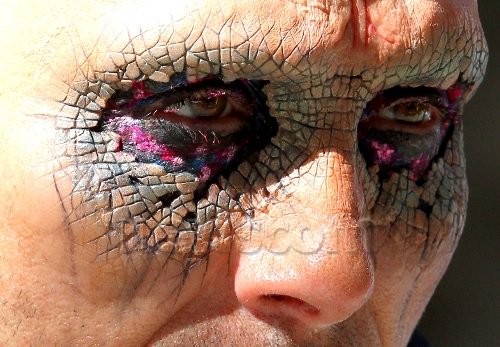 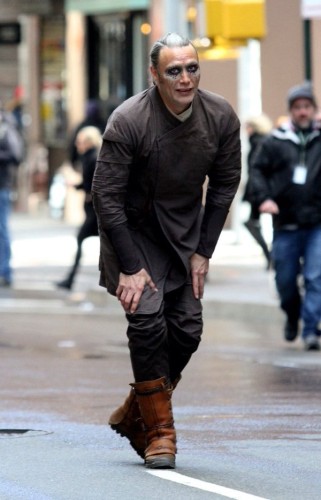 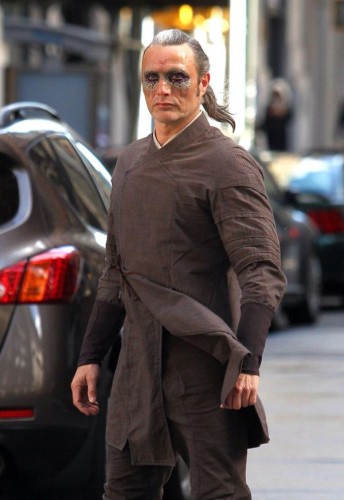