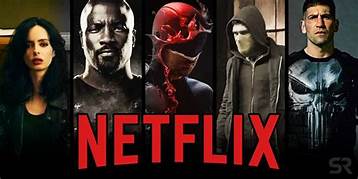 “Marvel’s The Punisher will not return for a third season on Netflix. Showrunner Steve Lightfoot, the terrific crew, and exceptional cast including star Jon Bernthal, delivered an acclaimed and compelling series for fans, and we are proud to showcase their work on Netflix for years to come.

In addition, in reviewing our Marvel programming, we have decided that the upcoming third season will also be the final season for Marvel’s Jessica Jones. We are grateful to show-runner Melissa Rosenberg, star Krysten Ritter and the entire cast and crew, for three incredible seasons of this groundbreaking series, which was recognized by the Peabody Awards among many others.

We are grateful to Marvel for five years of our fruitful partnership and thank the passionate fans who have followed these series from the beginning.”

“Our network partner may have decided they no longer want to continue telling the tales of these great characters… but you know Marvel better than that.”

Whether any of these shows will be resurrected remains in question, though doubtful. Exclusivity contracts mean Netflix will own the rights to these takes for at least two more years and if the characters are to come back, reboots are more likely than revivals.