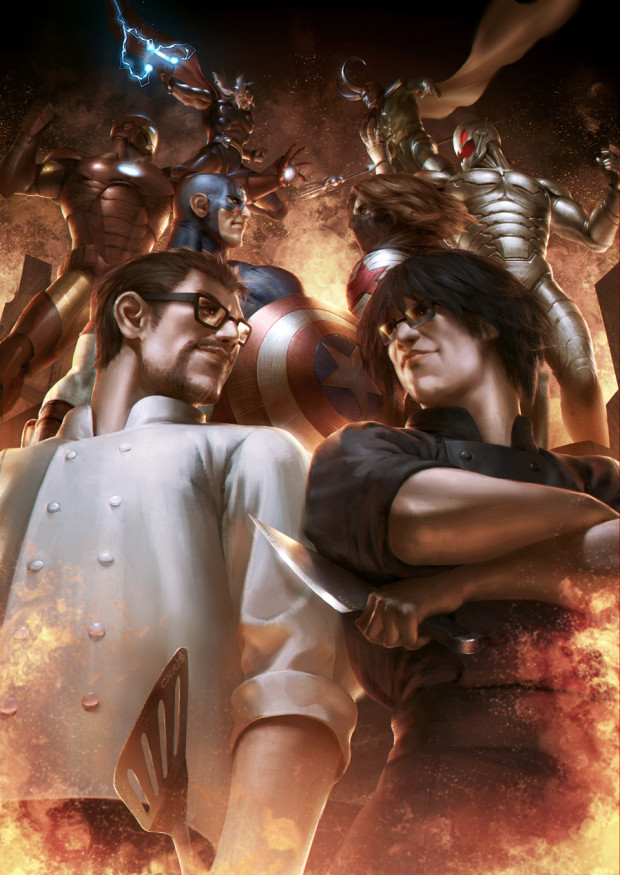 The only thing I can say for sure about this event is that I’m not going, but I throw this out there to mark how truly powerful culturally Marvel has become. 150 world-traveling gourmands and Marvel fans (I want to get a statistic on that) have the opportunity to dine among the Illuminati of Geekdom.

And Hong Kong Disneyland gets the Iron Man Experience, too. It’s almost like they’re bigger fans over there…

From Captain America to Thor to the Green Goblin, each chef will have one night to create an exclusive Marvel-themed menu inspired by their favorite Marvel Comic characters. On November 4, the third and final night, both chefs will join forces for the first time ever and co-host an eight-course Marvel-themed exclusive dinner menu.

The three-night dinner series will be held at Chef Alvin Leung’s three-Michelin starred restaurant, Bo Innovation. Guests will enjoy a special eight course meal, as well as have an opportunity to learn more about the inspiration behind the dishes by the celebrity chefs themselves. Each guest will also receive a special limited edition Marvel collectible item created exclusively for the three pop-up dinner events.

With a limit of only 50 seats per night, this is an event not to be missed.

MORE: To book reservations, contact Bo Innovation at +852-2850-8371 or via email at dine@boinnovation.com