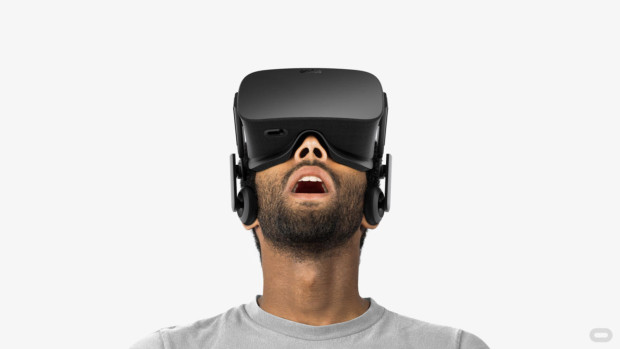 Imagine the Xenomorph from Alien so close you can feel its hot breath on you, while you’re really just sitting on your couch eating Funyuns. Or perhaps you can stand with Katniss Everdeen, or watch a giant whale break the water, sparkling in the moonlight over a hapless boy and his tiger on a raft.

That’s the promise of Oculus Cinema, which The Hollywood Reporter reports on from this week’s Oculus Connect 2, a developers’ conference for the virtual reality system that’s due to hit consumers sometime in early 2016. Both 20th Century Fox and Lionsgate have agreements with Oculus to bolster their library in Oculus Video, which would plug into the Oculus virtual theater.

On the surface, it seems really cool. I am a proponent of Oculus Rift and of the potential in VR experiences. What I haven’t seen is this what Oculus Cinema — that virtual theater — looks like. It isn’t just a matter of 3D conversion, though that holds a lot of promise for those of us who have waited for 3D television to become more ubiquitous and not require special glasses. (I hold out hope.)

Though the first titles out of the gate are intriguing visual spectacles — Alien, Birdman, and Life of Pi are those named — it’s extremely unlikely that they can be converted to virtual experiences. (And wouldn’t that sort of defeat the theme of Birdman?) The studios would still be dealing with images shot from one camera. So what’s the advantage of releasing videos on Oculus Rift, unless it’s content specifically made for it?

Apparently, Fox is looking into that, too, with Fox Innovation Lab developing a virtual experience for the upcoming release The Martian

If Oculus Cinema is meant for me to put on a headset, shut out my family, and imagine I’m sitting in a movie theater watching a 3D movie… well, maybe I should just go to a 3D movie. But that’s not how Fox sees it.

“VR Cinema is a new way of presenting our movies, and has the opportunity to bring in mass market consumers to virtual reality. With Oculus Video, we are leveraging the scale and flexibility of mobile, while continuing to deliver a powerful, emotional experience for consumers,” said Mike Dunn, president of Twentieth Century Fox Home Entertainment. The studio promises many more titles — Predator will follow Alien, as well as The Wolverine,  X-Men: Days of Future Past, The Maze Runner (which is also shot for “Barco Escape” — another shot in the arm for cinema experiences), and Kingsman: The Secret Service.

Let me differ with Mike Dunn — VR Cinema is a new way to present content. It’s time to start developing the next “film” language beyond 3D — tell us new stories. Let us be Wolverine (but not in X-Men: Origins). Let us be Superman. But first, let’s get the thing out there on the market so everybody can see what it’s about before repurposing old content.