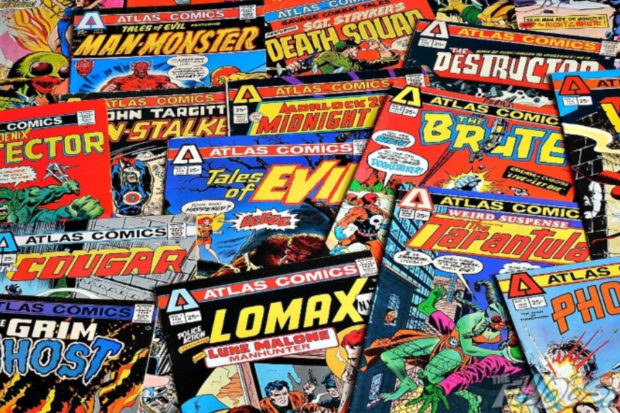 Do you remember thrilling to the adventures of The Grim Ghost? Paramount Studios hopes that might ring a bell, as they just went in with producers Steven Paul and Akiva Goldsman on that comic book character and a host of others, all from the short-lived (twice!) Atlas Comics line. Originally published from 1974 to 1975, and revived again in 2010, Atlas Comics had concepts both cool and derivative, and if those characters haven’t exactly been widely remembered, at least there are a lot of them for Goldsman’s Weed Road Pictures to mine for a new cinematic universe.

Not a single title from the line lasted for more than four issues, and even within those short runs, the books shifted directions faster than Warner Bros. plans for DC movies (I’m looking at you, Morlock 2001). But their pedigrees are pretty impressive — some of the creators that jumped onboard the fledgling line were Michael Fleischer, Ernie Colon, Wally Wood, Neal Adams, and Steve Ditko. Tyros Howard Chaykin and Rich Buckler made their marks with characters that they altered slightly and took to Marvel after Atlas folded. Chaykin’s pulp-influenced The Scorpion would become Dominic Fortune, and, written by David Anthony Kraft, Buckler’s Demon Hunter would become Devil Slayer. (With this Paramount announcement, let’s lay money on how soon Devil Slayer shows up on Hulu’s Marvel series Helstrom.) 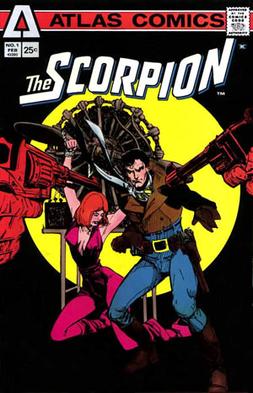 There’s an advantage to translating a comics universe people barely remember — Goldsman and his writers’ room can take the barest bones of the comics and do what they want. Some titles may sound silly, but The Grim Ghost might pack ’em in the seats. Planet of Vampires? Could be fun. The Destructor? Ditto. Devilina? If it beats Vampirella to the big screen, it will work.

And if the bell Atlas rings is that, hey, doesn’t Marvel have an Agents of Atlas? You’re right. In the 1950s, the company that would become Marvel was called Atlas after being called Timely, and both companies were founded by the same man — Martin Goodman. He sold Marvel to Cadence Communications in the early 1970s, and promptly set up his son Chip to compete with Marvel. He even hired Stan Lee’s younger brother Larry Lieber to oversee the books. 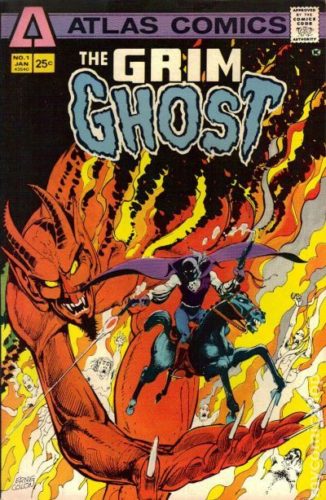 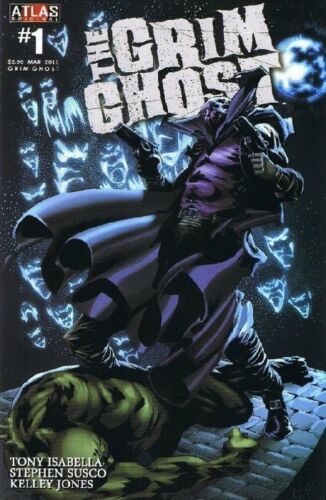 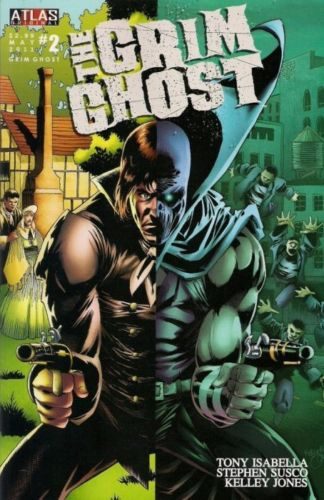 According to The Hollywood Reporter, Goodman’s grandson Jason will still have an interest in Atlas, sharing in movie and TV development while heading up publishing plans.

The plan is to start developing films immediately, with the first film (not yet determined) to be released sometime in 2021. Is Paramount crazy to want their own superhero universe? Really, they’re just doing what everybody else is. Atlas would make a good addition to their Hasbro and Star Trek properties. Meanwhile, Sony isn’t content to have a Spider-Verse; they’re developing Valiant Entertainment’s Bloodshot and Harbinger, while Universal swears they can start a Dark Universe any day now. Warner Bros., of course, has DC and the kaiju Monsterverse (through Legendary), while Marvel is hoping that eventually somebody will want to see one of their movies. 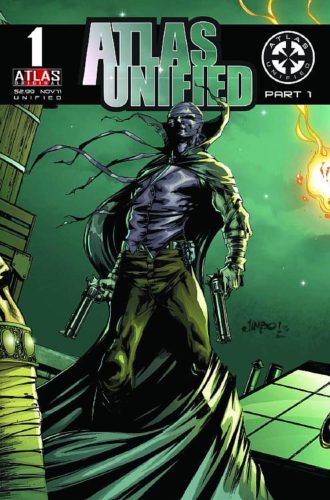 If nothing else, back issues for Atlas Comics have suddenly started selling, as everybody wants to figure out who these characters are and if they’re any good. And that’s good for comics shops, because some quarter bins just evolved into at least dollar bins.