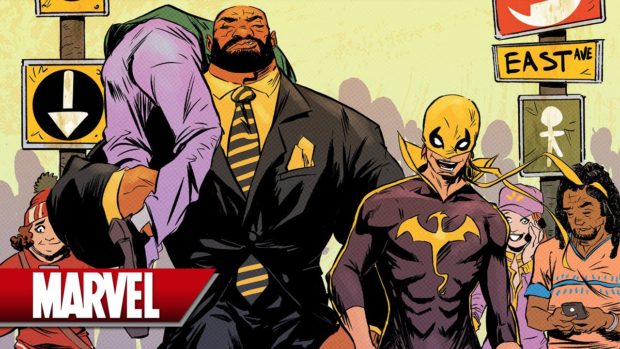 On September 30, Netflix will be unleashing the first season of Luke Cage, the next series within a series of Marvel heroes that will lead to The Defenders and starring Mike Colter as Cage. Comic book writer David F. Walker is as excited as anyone, but has been making a good point on social media this week — more people need to know that in comics right now, Luke Cage is better known as Power Man.

Why does that matter? Because if you want to read the latest excellent fun adventures of the man also occasionally known as a Hero for Hire, they’re not in a book called Luke Cage; instead, you should be picking up Walker’s Power Man and Iron Fist. (Iron Fist, of course, being the series coming NEXT on Netflix.)

He has a legitimate concern, and this is where a knowledgeable and friendly staff at a good comics shop becomes so important. Somebody has to point Netflix fans in the right direction. As this photo Walker posted of his own “special shelf of wisdom” attests, in the grand scheme of things, Cage hasn’t actually been in that many books called Luke Cage. 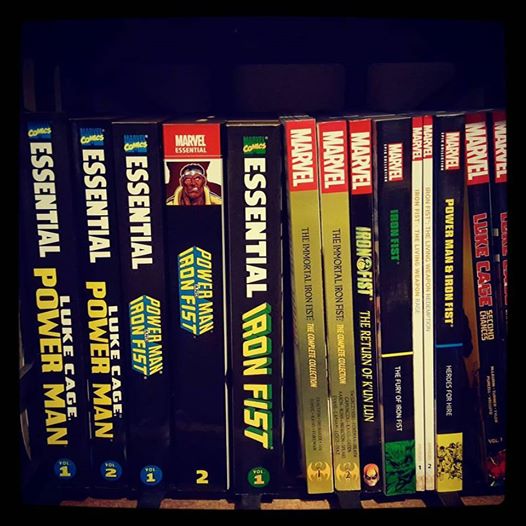 And yes, the current series in comics shops deals with an older, more experienced Luke Cage, at first reluctant to return to the hero biz, after years in the spotlight and leading an Avengers team. He just wants to be a good husband and father, but the surprisingly impish Iron Fist keeps pestering him to team up once again. It’s a fun and quirky book, and yes, maybe it’s tonally different from the live action series (let’s face it — I love the Netflix Marvel series, but they are dour).

The first five issues have just been released in trade paperback. If you haven’t looked into the series, now is the time.