Michele Fazekas and Tara Butters may have the magic touch. Though Agent Carter did not get renewed this year, it was a short series that only got better and better, just like their too-short series Reaper. (Remember that one? It was great.) But that’s not why they have the magic touch — it’s because according to Deadline, they have finally convinced ABC to do a drama based on what they term “the Disney theme park mythology.”

Through their production “pod” with ABC, Fazekas & Butters, they’ve got a pilot deal for this unnamed series, though it’s rumored to be called Hyperion. Which makes sense, as that’s one of Disney’s publishing imprints.

If the idea behind this sounds familiar, it’s because director Jon Favreau (Iron Man, The Jungle Book) has been trying to develop a film for years called Magic Kingdom, which was rumored to be sort of a Night at the Museum set at Disneyland. There’s also a popular YA novel series called Kingdom Keepers set at a near-future Walt Disney World, where holographic teen warriors (no, no, it makes sense) battle rogue audioanimatronics. 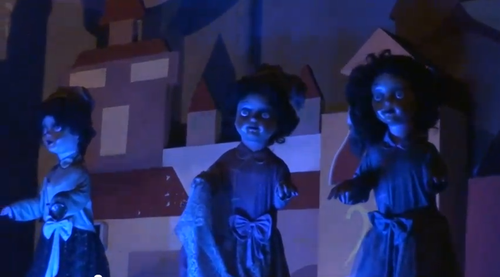 This also isn’t the first time that ABC has considered a Disney theme park series. One of the stated reasons for the refurbishment of Big Thunder Mountain Railroad in both Anaheim and Orlando parks was to make it a little more in line with a pilot script then in development. ABC passed on Big Thunder Mountain Railroad, though Marvel Comics’ Disney Kingdoms line did do a mini-series that might have used some of the same ideas.

Disney has pushed that magic for decades in comics and books, starting with the classic Little Golden Book, Little Man of Disneyland, and even doing two different video games, 1990’s Adventures in the Magic Kingdom and the XBox Kinect Disneyland Adventures in 2011. Kingdom Hearts doesn’t quite count, because it doesn’t take place in the parks.

Regardless, it would be fun to see this series come to fruition. Maybe it will riff off of Kingdom Keepers, which has a great premise though some of its technology has become outdated. And as I noted up top, Fazekas and Butters have a terrific track record of quality — not to mention a good run in comics with Captain Marvel. We shall see in the Fall of 2017, maybe sooner.